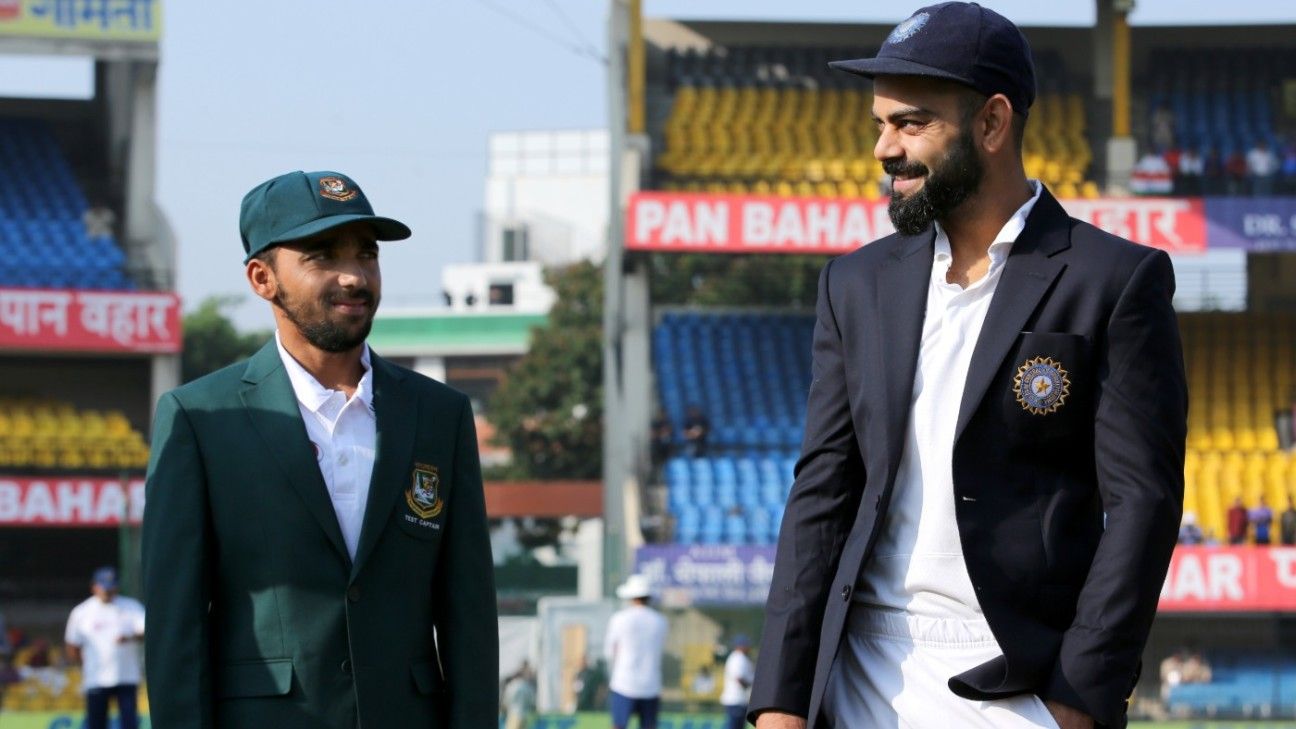 Bangladesh captain Mominul Haque is pleased that his side is getting to play more Test matches courtesy the ICC World Test Championship (WTC). Bangladesh are slated to play against Pakistan, Australia, Sri Lanka and New Zealand next year as part of the 2019-2021 championship, and a Test each against Zimbabwe and Ireland outside of it.

It is a jump from the number of Test matches that they were previously playing, which had prompted many complaints from administrators, players and coaches about the long gaps between Tests. Mominul, who is treated as a Test specialist, and therefore has to deal with long breaks between Test matches, said that the gulf between Bangladesh and India in the longest format was mainly a result of the difference in the number of matches the two teams tend to play.

“We are happy,” Mominul said. “The WTC is a huge opportunity for those who play Tests. It is a huge competition. If the ICC didn’t arrange this competition, we wouldn’t get many Tests. It will be better for everyone.

“We have to play a lot of Test matches. If you see in the last seven months, we have played only two Tests. We don’t play Tests like other teams. I think it is the main difference [between the two sides].”

Pressed for answers about Bangladesh’s big defeat in Indore, where their batsmen wilted under the pressure exerted by the “No.1 bowling attack in the world”, Mominul said that the opening batsmen could have made life a little easier for the rest of the line-up had they played out the first hour.

“The bowling attack was challenging. It would be easier for the rest of the batting line-up if the openers played out the first 15 to 20 overs.

“India have a threatening attack, but we also failed as a batting unit. They are the No. 1 bowling attack in the world. We couldn’t latch on to our chances also.”

Mominul also said that they were considering promoting Mushfiqur Rahim up the batting order, after his scores of 43 and 64 in this game. “Promoting Mushfiqur would be a positive sign, if the team management decides to. I think we can have that line of thinking.”