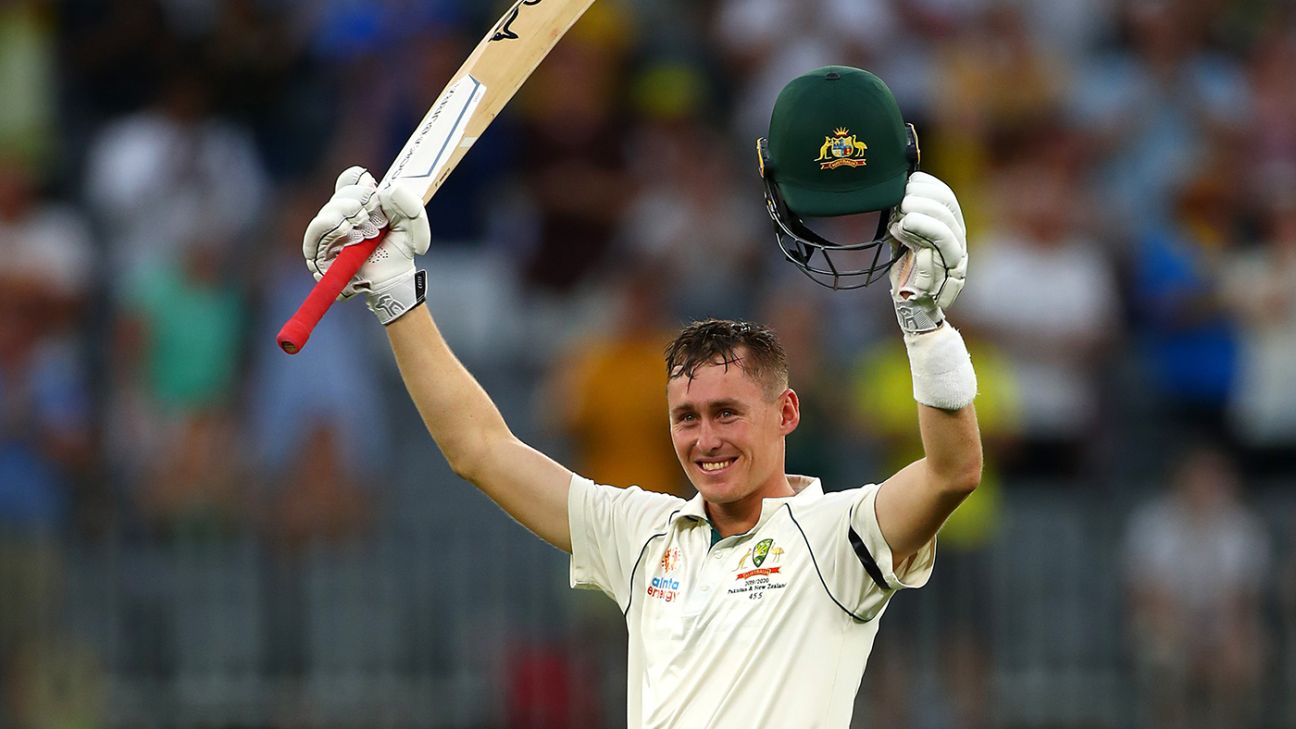 Marnus Labuschagne and Mitchell Starc have achieved their career-best ICC Test rankings, breaking into the top five of the batting and bowling charts respectively.

For Labuschagne, the rise has been meteoric. He is just 12 Tests old, and had an unremarkable run in the first five of those, between October 2018 and February 2019. But after walking out as Steven Smith’s concussion substitute at Lord’s during the Ashes Test in August this year, he has been spectacular, tallying 893 runs in 11 innings and averaging 81.18 – he has centuries (185, 162 and 143) in each of his last three Tests too.

His performance – 143 and 50 – in Australia’s first Test against New Zealand in Perth helped Labuschagne displace David Warner in fifth place.

Starc, meanwhile, had match figures of 9 for 96 in Perth, where Australia won by 296 runs.

Elsewhere, Babar Azam has entered the top ten of the Test batting rankings for the first time, moving four spots up to No. 9 after his century in the first Test against Sri Lanka in Rawalpindi. That made him the only one apart from Virat Kohli to be in the top ten among batsmen across formats – he is No. 1 in T20Is and No. 3 in ODIs.

The bowlers’ table, which has quicks occupying all the top ten spots, saw Tim Southee climb three places to No. 10 after a nine-wicket haul in Perth, while Neil Wagner and Josh Hazlewood moved up a spot apiece to No. 3 and No. 7 respectively.

Among other batsmen to make major strides, Ross Taylor moved up five places to the 11th position after scoring 80 and 22 in Perth, while Dhananjaya de Silva moved eight places up to 35th after making an unbeaten 102 in Rawalpindi.

Kohli and Smith held on to their No. 1 and No. 2 positions respectively in the batting rankings, which is dominated by India and Australia taking up six spots, while Pat Cummins remained top of the bowlers’ list.