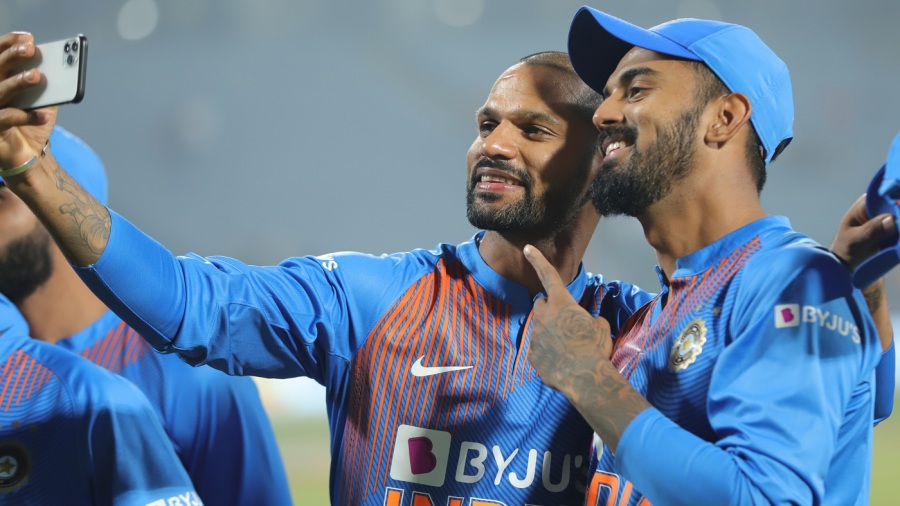 Aaron Finch won his first toss on the tour and put India in on what he called a “reasonably good wicket”. Finch said Australia hoped that dew would come in as they chased later, and pointed out that it had when they trained under lights in the days leading up to the match. Australia named both their frontline spinners – Ashton Agar and Adam Zampa – alongside fast bowlers Pat Cummins, Mitchell Starc and Kane Richardson. Marnus Labuschage was handed a debut and could bat in the top four. He is also a legspinning option.

Virat Kohli said his side was always looking to be put out of its comfort zone and was “pretty happy” with the toss despite also wanting to bowl first. Kohli acknowledged that Australia – which was the other team to lose in the World Cup semi-final round last year – was the only team that had seriously challenged India at home in recent times and that India would have to be at their best. To try and do that, India also named two spinners – Kuldeep Yadav and Ravindra Jadeja – alongside Jasprit Bumrah, Mohammed Shami and Shardul Thakur.

India’s selection also hinted at the possibility of Kohli dropping to No. 4 in the batting order as all three opening options, Rohit Sharma, Shikhar Dhawan and KL Rahul, were named in the XI. Kedar Jadhav was left out of the XI, meaning one of Shreyas Iyer and Rishabh Pant will take his position at No. 6.