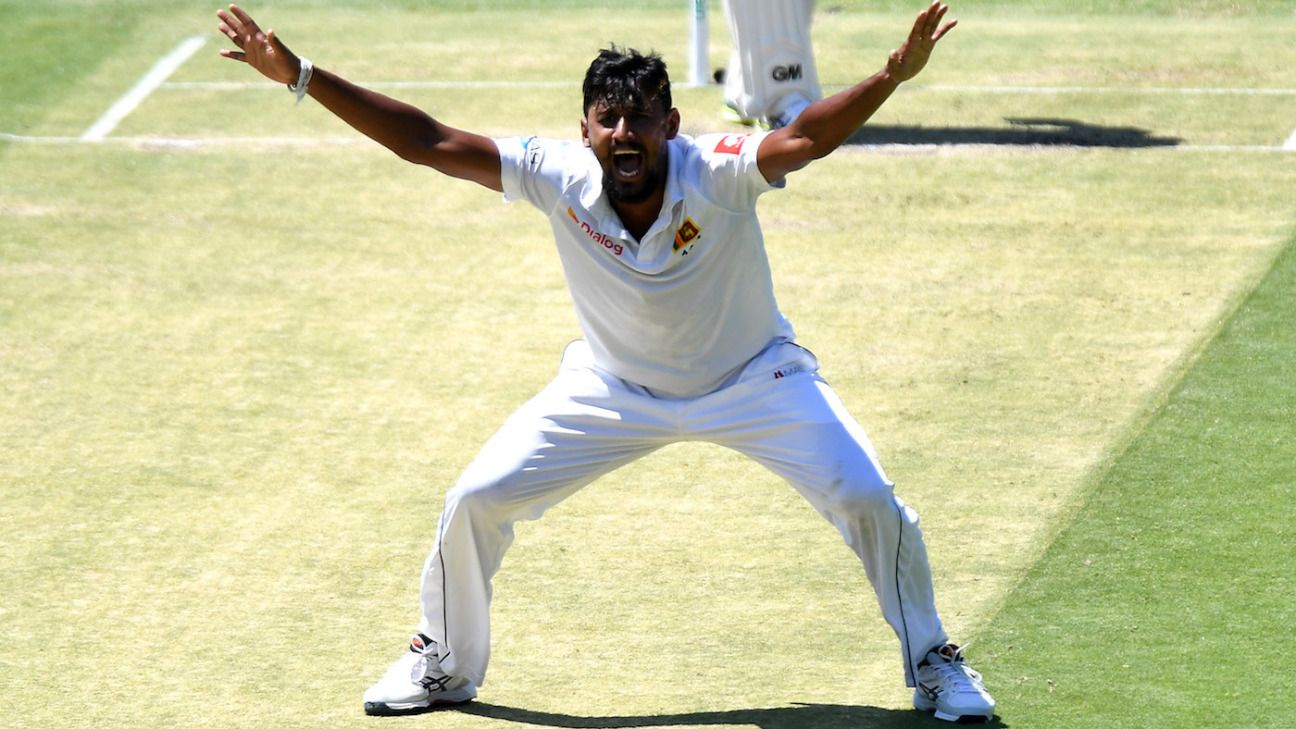 Australia’s inexperienced batting order wobbled early before Travis Head and Marnus Labuschagne forged the highest partnership of the match so far to push the hosts into the lead over Sri Lanka on the second afternoon of the first day-night Test at the Gabba in Brisbane.

Marcus Harris and the nightwatchman Nathan Lyon departed inside the first half-hour after resumption, the former particularly aggrieved to have sliced a catch to point in the very first over of the day. Neither Head nor Labuschagne looked immediately comfortable, but ground their way through the difficult period to score more rapidly as the interval approached.

In doing so they put Australia in a position to dictate terms in the match, having bowled the Sri Lankans out for a meagre 144 on day one after Dinesh Chandimal had won the toss and chosen to bat first. Following a year of tribulation for Australian cricket, the home side are looking for progress in their final Test series before preparing to defend the Ashes in England later in 2019.

Having survived 25 overs on the first innings to get as far as 40, Harris appeared to have set himself for the long innings his talent has so far suggested is well within his capabilities at Test level. However uncertainty handling shortish balls wide of the off stump was to catch-up with Harris, when in the very first over of the day he followed up an attractive cover drive by hesitating on a cut shot at Lahiru Kumara to send a simple catch to point.

At the other end the nightwatchman Lyon was worked over by Suranga Lakmal, ultimately succumbing to a length ball moving subtly away to catch the edge and fly low to Kusal Mendis in the slips. Lyon did not hesitate to walk upon seeing the catch, but the third umpire was required to adjudicate to confirm that it carried.

Head walked to the middle with a history of looking uncomfortable against the short ball during the India series, and Lakmal’s first delivery to him was appropriately directed. Head ducked out of the way very late, before the ball continued to climb for four byes. Labuschagne looked similarly ill at ease during his early minutes at the crease, as the visitors tightened the scoreboard in search of a way through to the debutant Kurtis Patterson.

However, the pressure imposed was gradually shaken off by Head and Labuschagne, as they crept up towards the Sri Lankan total. Head found gaps through gully and cover, while Labuschagne worked the ball around effectively though occasionally made to look uncomfortable by Dilruwan Perera. A Labuschagne sweep to the boundary raised the 50 partnership – the first of the Test – before Head clipped Lakmal fluently through midwicket to take the Australians into a first innings lead.