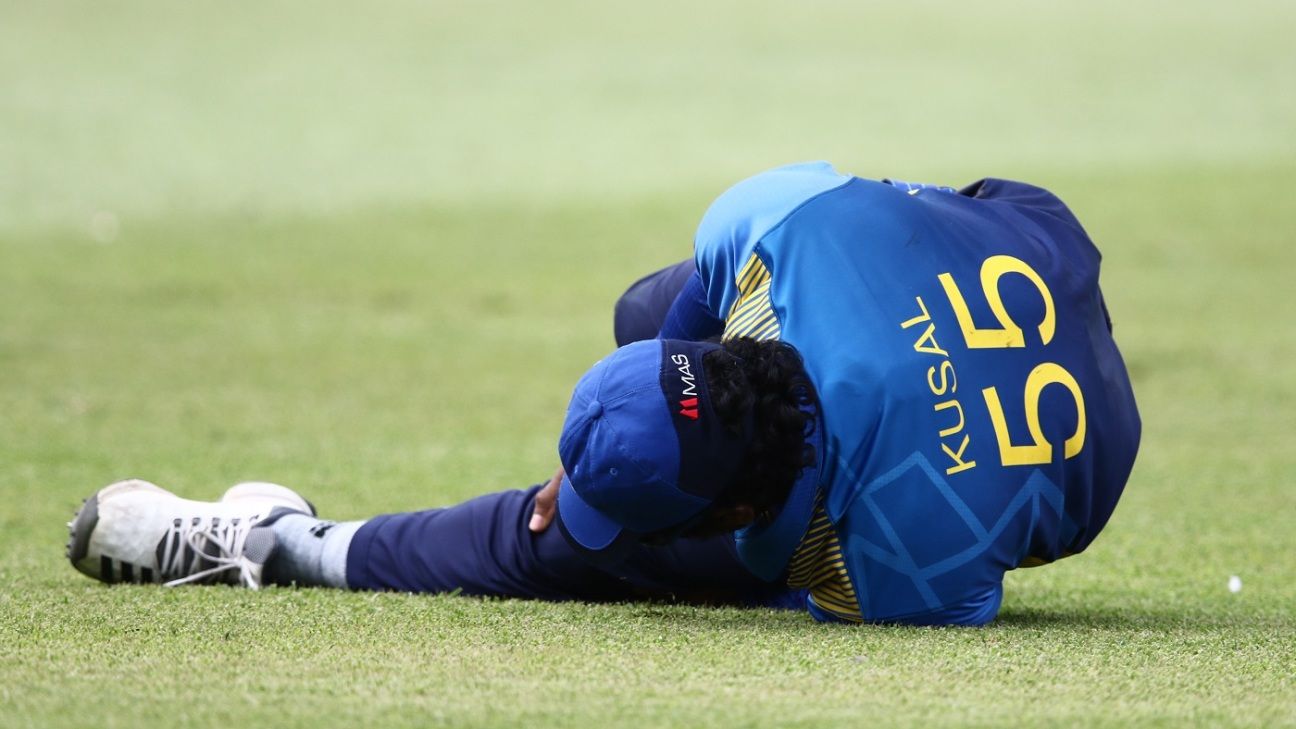 Sri Lanka batsman Kusal Perera has been ruled out of the remainder of the five-match ODI series against South Africa due to a hamstring injury sustained in Durban on Sunday. The SLC also announced it won’t be sending any replacement players.

Perera had a rewarding run in the Test leg of the tour, scoring 353 runs in five innings, including a fifty and a sensational 153 not-out in the first Test that handed Sri Lanka one of their most memorable victories in the format, and set up the visitors’ 2-0 series win. In his two outings in the ODIs, though, he made only 33 and 8, and did not bat in the third.

Sri Lanka have lost all three ODIs so far, by big margins, and will play the fourth ODI on Wednesday, in Port Elizabeth.