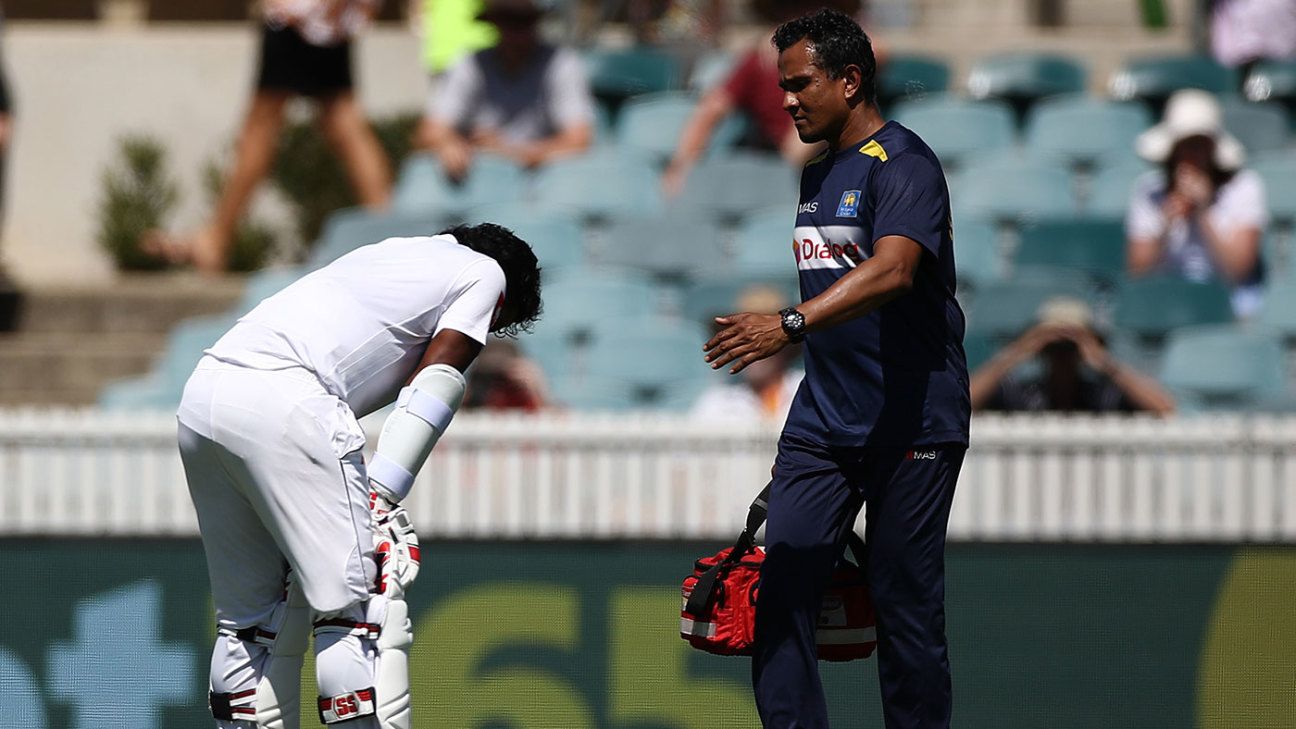 A day after Dimuth Karunaratne was stretchered off, Kusal Perera was also forced to retire hurt after sustaining a nasty blow to the side of the helmet in Canberra.

Batting on 27 in the 53rd over, Kusal took his eyes off a Jhye Richardson bouncer, and essentially ducked into it – the ball hitting him flush on the side of the helmet, next to his right ear. Although Kusal remained upright, the side protector on his helmet disintegrated due to the force of the blow, and the rear inserts that protect the neck also came off the helmet.

Kusal received some medical attention immediately after the blow, and initially continued batting, facing out four more Richardson deliveries, and even pulling the bowler for two late in the same over. Next over, however, Kusal appeared to be feeling the effects of the blow. He was at the non-strikers’ end when he made the decision to retire hurt, and even appeared slightly unsteady as he approached the boundary. Sri Lanka’s team physio ran out to assist him off the ground.

Sri Lanka confirmed later in the session that Kusal would undergo a mandatory concussion test. No decision had been made on his further participation in the Test.

Following Kusal’s exit from the ground, Dimuth – who had been felled by a Pat Cummins delivery on day two – returned to resume his innings, having been cleared by doctors overnight. He moved to a gutsy half-century before being caught in the gully off Mitchell Starc.