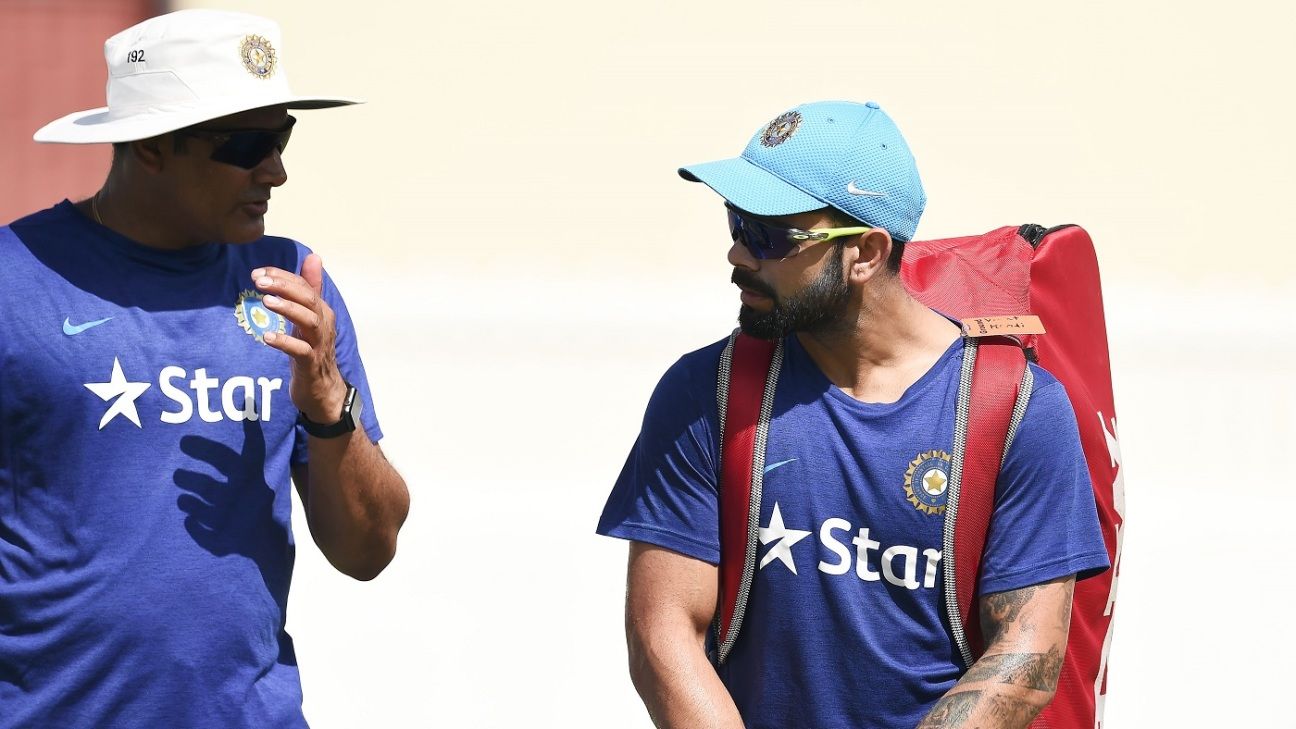 Virat Kohli‘s suggestion to limit the Test venues in India to just five has found support in former captain and coach Anil Kumble, who felt having fixed centres for Test cricket would help promote the sport better in India.

Kumble also wanted Tests that coincided with festive holidays or significant dates, while calling for facilities in various stadiums across the country to become a lot more fan-friendly.

“I think that has certainly been one of the ways of promoting Test cricket,” Kumble told CricketNext about Kohli’s proposal. “It is also important to choose the time of the Test match. We all remember that during the festival of Pongal, a Test match used to happen in Chennai. And the start of the season used to be in Delhi. Bangalore would have a Test match, Mumbai would have a Test match, Kolkata of course.

“I think it is important for Test cricket to promote these centres where people would know that these are the centres where you are going to play Test match cricket prior to the start of the season, so that you can market Test cricket and you can make sure that the crowds come in. When I was the coach, I think we played in six different centres. They were all new centres and the one centre it was packed was Indore. The atmosphere was brilliant. It [the stadium in Indore] is in the heart of the city. That was one of the reasons that the crowd could come in irrespective of the time of the day.”

During India’s recent 3-0 sweep of South Africa, there had been some fingers pointed at uneven crowds at the three venues – Pune, Vishakhapatnam and Ranchi – though there were mitigating circumstances at all three cities with the stadiums being at a considerable distance from the city, and the process of getting to the venue not always being straightforward.

Kumble said that was an aspect that needed to be looked at.

“What we need to also do is to create better facilities for the spectators to come and view the game,” he said. “You know, they need to have comfortable seats, the access to the stadium, ticketing… I think use of technology is something that we need to look at when it comes to issuing tickets and then of course the basic comfort like food and water and toilet facilities. If we can provide all of that, make the spectator really comfortable, then I think you will see a lot of people coming in to watch Test match cricket.”

“I think day-night Test cricket will certainly bring in the crowds towards the latter half of that game,” he said. “You also need to choose the right time of the year because we’ve seen in day-night ODIs, the ball gets really wet because of dew.”