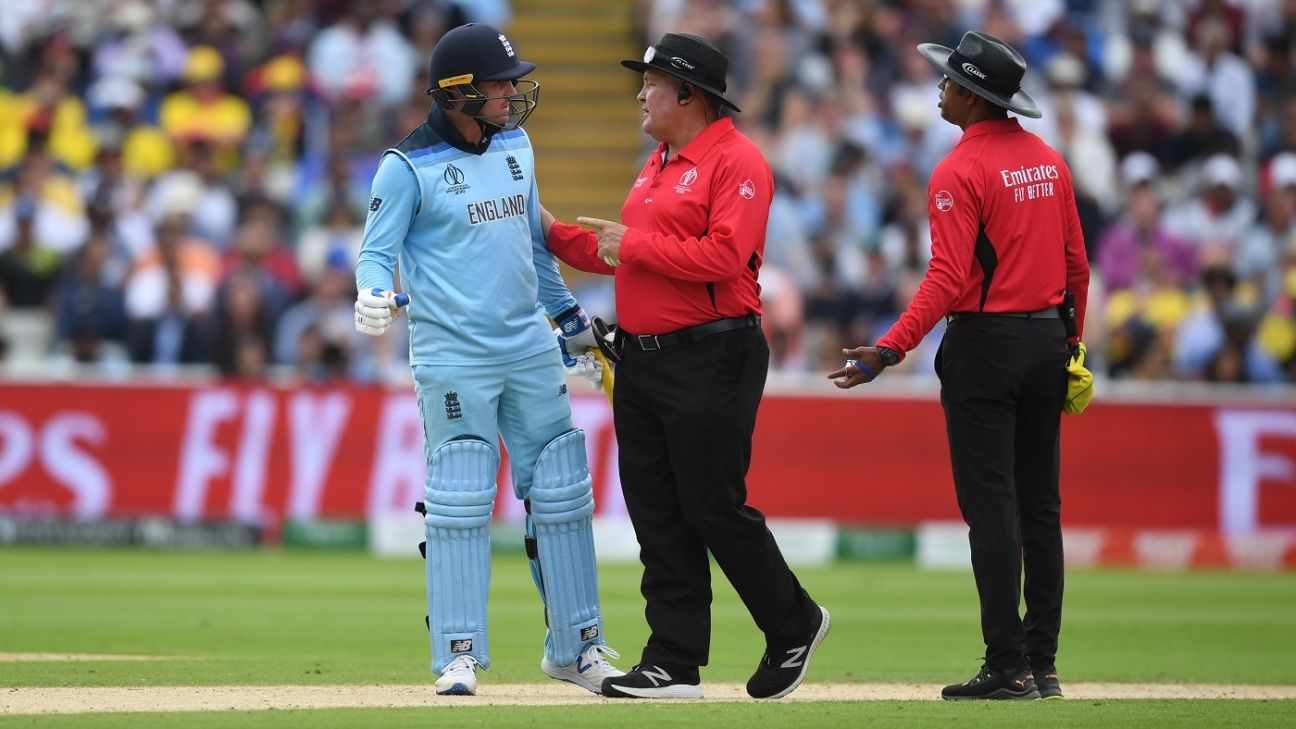 Kumar Dharmasena will umpire Sunday’s World Cup final between England and New Zealand, despite his incorrect decision to give Jason Roy out in yesterday’s semi-final.

Dharmasena gave Roy out caught behind on 85 off Pat Cummins, despite replays showing that he had made no contact with the ball.

The umpire appeared to suggest Roy should refer the decision if he didn’t think he was out, apparently failing to realise that Jonny Bairstow had already used up England’s review after he was trapped in front by Mitchell Starc.

Roy’s remonstrations on the field – he was picked up calling the decision “f**king embarrassing” by stump microphones – earned him two demerit points and a fine worth 30 per cent of his match fee, which he accepted at a post-match hearing.

Roy escaped a ban for the final, falling one short of the four-point threshold, but will face a one-Test or two-ODI suspension if he receives another demerit point within the next two years.

Dharmasena has won the ICC’s Umpire of the Year award twice – in 2012 and 2018 – but also holds an unwanted record involving England. In 2016, during a Test in Chittagong, eight of his on-field calls were overturned, notably including a streak in which he gave Moeen Ali out three times in six balls, only for the batsman to successfully review each decision.

He will be standing in his second consecutive World Cup final, and also umpired the 2016 World T20 final.

Dharmasena will be joined in the middle by Marais Erasmus, who stood alongside him in Thursday’s semi-final.

Rod Tucker will be the sole Australian representative at Lord’s in his capacity as third umpire, while Aleem Dar, of Pakistan, will be fourth official. Sri Lankan Ranjan Madugalle will be the match referee.