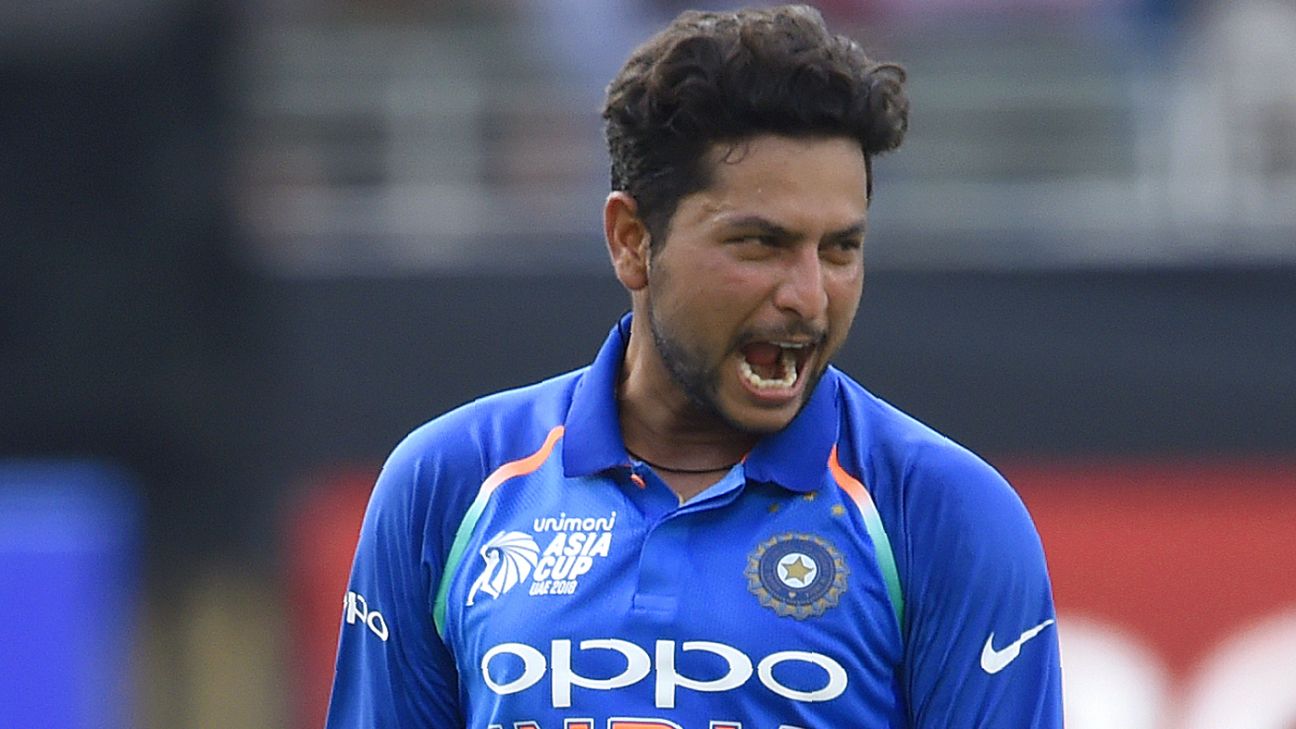 India left-arm wristspinner Kuldeep Yadav has leapfrogged fellow wristspinner Shadab Khan to move to No. 2 on the ICC’s T20I rankings for bowlers. Rashid Khan, who is on top, has a 65-point lead over Kuldeep. Pakistan’s left-arm spinning allrounder Imad Wasim has jumped up five places to fourth after claiming three wickets in as many matches in South Africa at an outstanding economy rate of 4.25.

New Zealand left-arm spinning allrounder Mitchell Santner, too, was among the major gainers, breaking into the top 10. He was the joint-highest wicket-taker in the T20I series against India, ending with four wickets in three matches at an economy rate of 8.00.

Pakistan’s Faheem Ashraf is the only seamer in the top ten, which is dominated by wristspinners.

Among the batsmen, Tim Seifert, who struck 139 runs in three innings at a strike rate of 173.75 against India, has vaulted up 87 places to 83rd, while Rohit Sharma moved from tenth to seventh.

Having clinched the series 2-1 against Pakistan, South Africa overtook Australia and England to go third while Nepal snatched 14th place from UAE after securing a 2-1 series win over them.