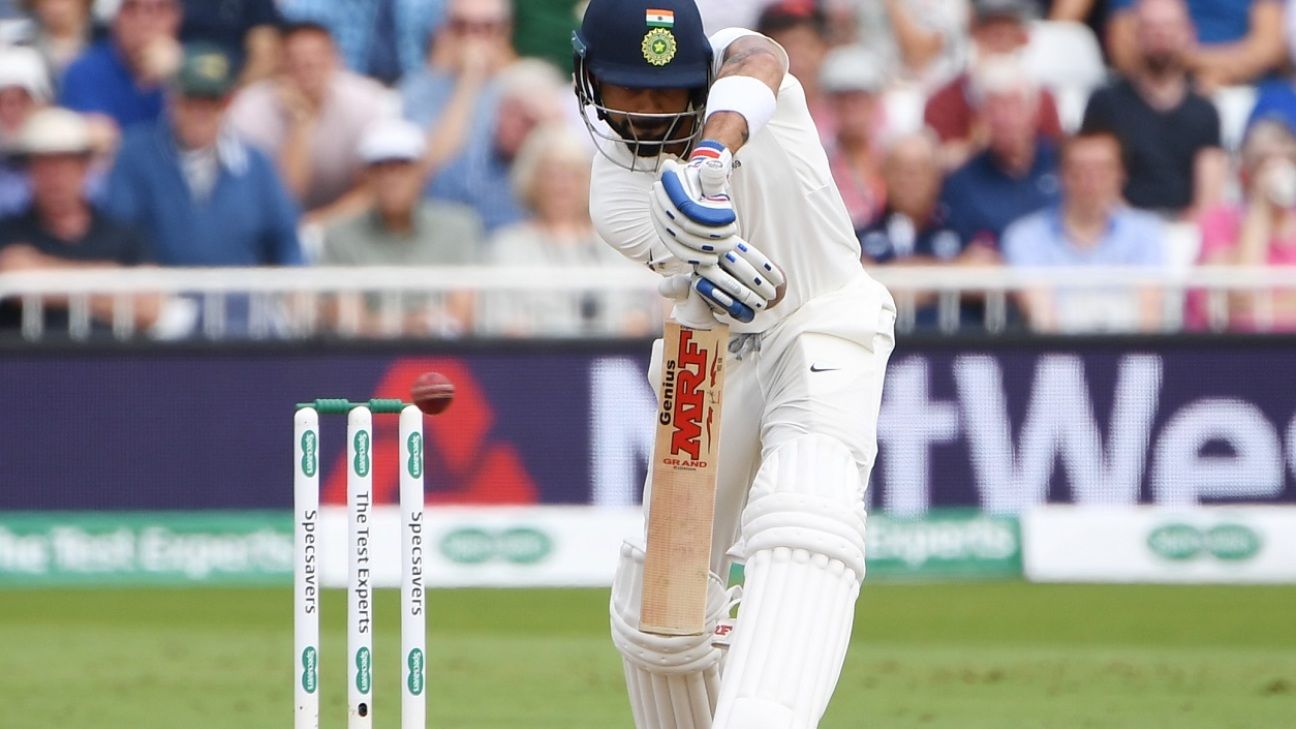 Leave your egos at home. That is Virat Kohli‘s message to Australia ahead of their trip to England later this year, as they attempt to retain the Ashes on English soil for the first time since 2001. Speaking after becoming the first-ever India captain to win a Test series in Australia, Kohli said of his experience of playing in England in 2018 – when he scored runs 593 runs in a losing cause – that patience was the key to batting there because the Dukes ball “buries egos pretty quickly”.

Defeat to India has left several question marks over Australia’s batting, in particular, with only a two-Test series at home to Sri Lanka left in which to establish a settled a line-up – although the expected returns of Steven Smith and David Warner from ball-tampering bans would undoubtedly strengthen their Ashes credentials.

Kohli and India’s coach, Ravi Shastri, were asked for their views on the home team after India had secured the draw they needed in Sydney to cap a historic tour. Alongside his warning about English conditions, Kohli offered encouragement for Australia’s batsmen, saying if they “believe that they can do it, it can be done, definitely”.

“Playing in England, what I experienced this time was, if you go out there with an ego you might as well not go out at all,” he said. “Because that Dukes ball, it buries egos pretty quickly. You have to curb yourself, do the hard yards, grind it out the whole day. You have to be patient as a batsman. There’s a lot of time in Test cricket. Sometimes because we’re so nervous as batsmen we don’t quite realise it, you just want to get away quickly but in England you’re not allowed to do that, so you have to bide your time, earn the right score runs eventually.

“You have to get into a position where, you should not even look at the scoreboard or the number of balls, it’s inconsequential, patience is the only thing that works there. Putting runs on the board again is the most important thing to win Test matches. I’m sure [Australia] will regroup as a unit, we’ve all gone through those phases where you figure out what needs to be done – it’s just mindset. If the same batting unit can go out there more confident and believe that they can do it, it can be done, definitely.”

With Australia having not won a Test series in England for 18 years, their batsmen arguably know the difficulties of facing the Dukes all too well. In 2015, with Smith and Warner in the side, they conceded the urn after four Tests, having been dismissed for 136 at Edgbaston and 60 – an innings that lasted just 18.3 overs – at Trent Bridge.

India were also beaten last year, despite Kohli’s stellar returns as he conquered the weaknesses that had seen him average 13.40 across five Tests in England in 2014. Shastri put the 4-1 defeat down to the ability of England’s lower-order to repeatedly dig their side out of trouble, something Australia were unable to do against India. He also stressed the need for patience against the Dukes ball, suggesting Australia had the bowlers to compete during the Ashes.

“In England we lost because the lower order often got runs against us,” Shastri said. “We could have bowled out England much more cheaply, we didn’t do it. Here at least we managed to do that, so that can be a big difference.

Australia’s much-vaunted quicks were outperformed by their Indian counterparts across the four Tests, with only Pat Cummins averaging under 30 and Mitchell Starc criticised for his inconsistency. While Kohli offered a slightly different interpretation – “I wouldn’t say they bowled badly, I would say we batted well” – he counselled Australia to give Starc, a team-mate during his time in the IPL with Royal Challengers Bangalore, greater support rather than risk undermining an asset.

“I played with Mitchell, I think he’s a very skilful bowler, he’s got the right mindset and he’s been your No. 1 bowler for years now. So I’m a little surprised with the magnitude of the criticism that’s come on to him. If he’s your best bowler you give him space to works things out, not mount more pressure on him because you don’t want to lose a guy like that, who’s so skilled and wins you games.”