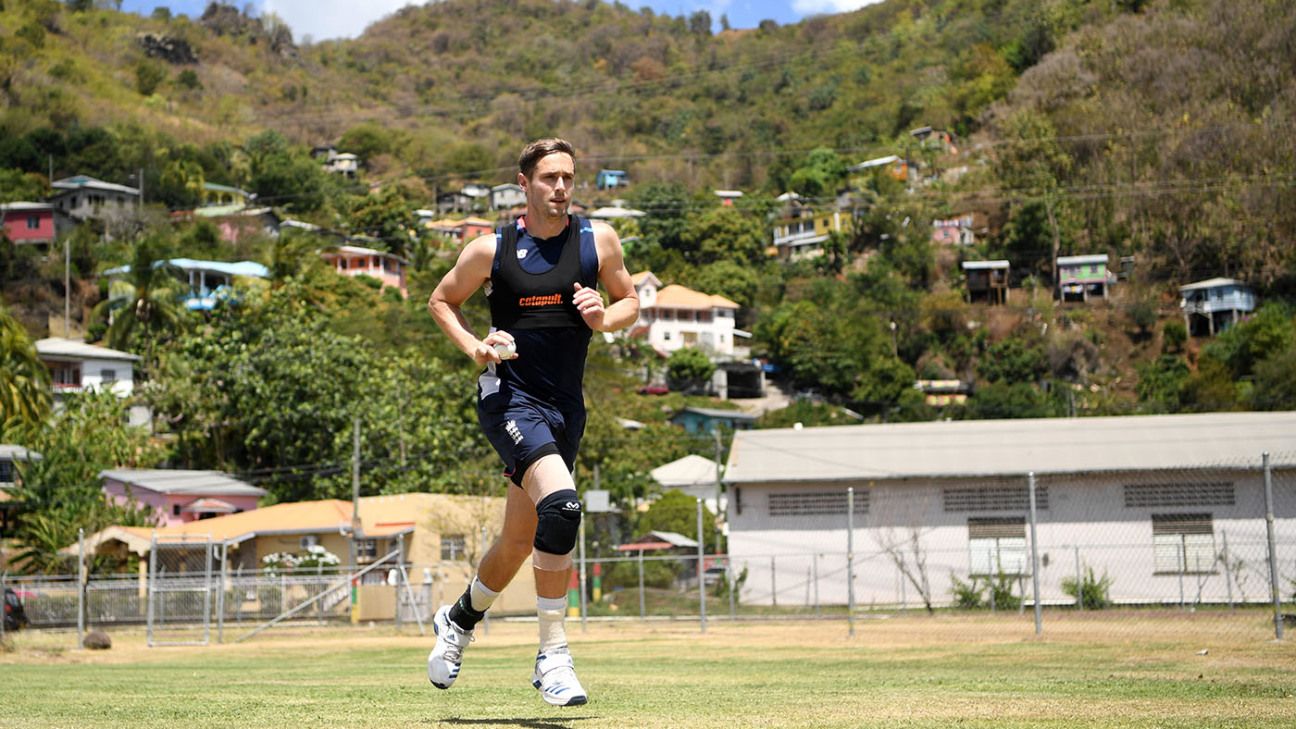 Chris Woakes insists his knee problems are not an imminent threat to his career.

Woakes, who is expected to return for the third ODI against West Indies in place of Tom Curran, was forced to sit out the entire Test series in the Caribbean and was then rested for the second ODI in Barbados after the England management decided asking him to play twice in three days may be a risk.

But while he said he had to manage the issue – which he described as tendonitis in his right knee – he was adamant he would be able to get through the World Cup and the Ashes which follow.

“It’s not a concern,” Woakes said in Grenada ahead of the third ODI. “By no means do I feel I’m coming to the end or it’s the end of my career.

“My knee is something I’ve had to manage for the past eight years. It’s just a dodgy knee from too much bowling. There’s other guys around who’ve probably got the same. It comes with the territory. It’s not something I’m overly worried about. I feel fit now and I’m good to go.

“We have looked at the World Cup schedule and it’s not as tight as you might think. That might work in my favour. I got through four Ashes Tests last winter, plus all the warm-up games, the five ODIs, plus four ODIs in New Zealand. I had this then. I know I can get through cricket.”

England’s caution with Woakes is understandable. Over the last couple of years, only Pakistan’s Shaheen Afridi has a better average in the first 10-overs of an ODI (Afridi has claimed 12 wickets at 16.58; Woakes has claimed 22 at 17.36) and, when Woakes has missed games (such as Friday’s ODI in Barbados or one against Sri Lanka in Colombo in October), England have failed to claim a wicket in the first 10 overs.

“You have a job as a new ball bowler to try and take wickets,” he said. “It’s the time when you’re most likely to get a little bit of movement. It’s tricky because most of the time the ball skids on and the batters are looking to score. But when batters are looking to score that gives you opportunities to take wickets. Dot balls are great, but we want to be getting batsmen out.

“My mantra as such is to put the ball where they don’t want. There’s no real magic behind it.”

With Mark Wood having apparently rediscovered his pace – he is regularly exceeding 90 mph – and maintaining impressive control, England look close to settling on a first choice seam attack of him and Woakes. While that is probably not great news for David Willey, who looks far more dangerous with the new ball than he does the older one, it could also mean the likes of Curran and Liam Plunkett are fighting for that final spot in the side.

And while there is some concern about Plunkett’s struggle to generate the pace he once could, Woakes is adamant that he is “as good as ever”.

“Liam’s been superb for us in the past few years,” Woakes said. “You look at his strike rate: I think it’s up there with the best of all time which, in the modern game and through the middle overs, is an extremely great effort. He is as good as ever.”