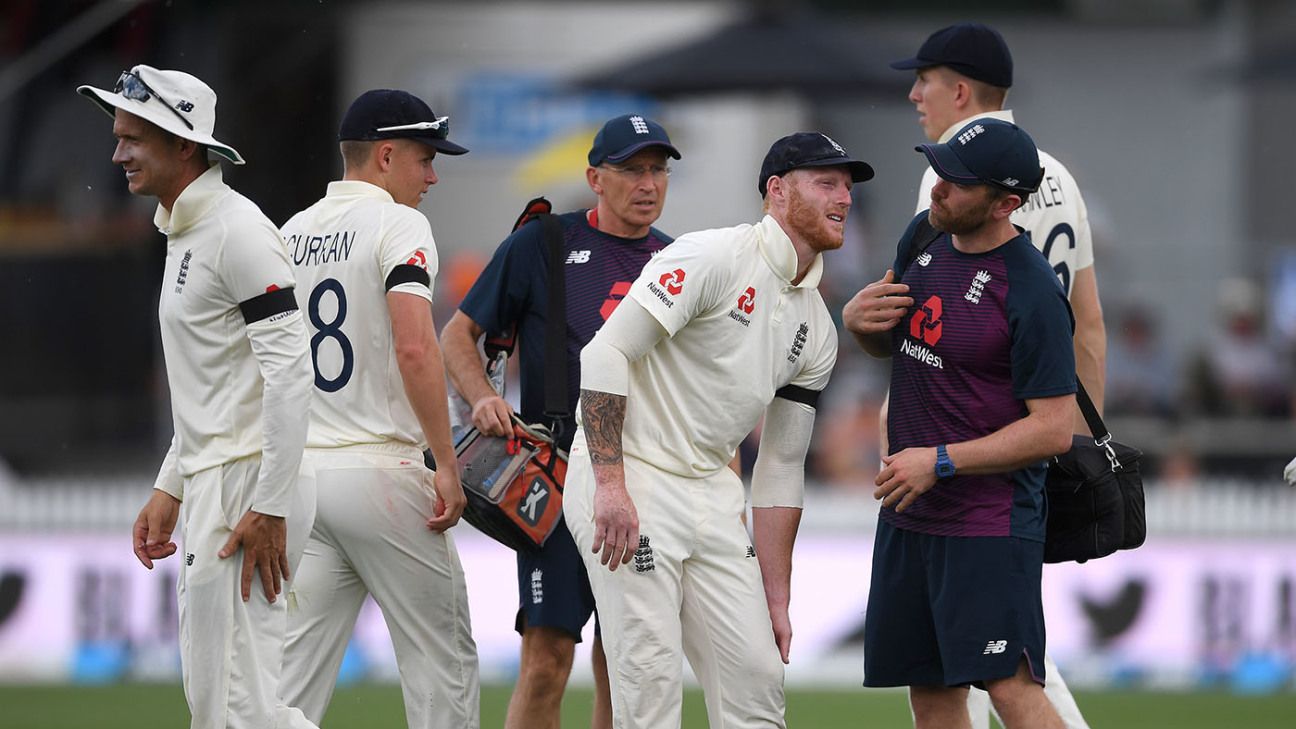 Ben Stokes may not be able to bowl in the rest of the second Test against New Zealand after experiencing a recurrence of a knee problem.

Stokes reported pain in his left knee as he completed his second over in Hamilton. While he remained on the field, the England management reported the injury would be assessed before a decision was made over whether he would bowl again in the first innings. There has been no official word of a scan from the England camp, but it would be a surprise if Stokes was not sent for one.

Stokes has long had to manage his left knee. He underwent surgery on it in May 2016 after tearing cartilage while bowling against Sri Lanka and, ahead of the first Test of this series, admitted he was managing it. He was used sparingly compared to his seam-bowling colleagues in that match – he bowled 26 overs compared to Jofra Archer‘s 42, Sam Curran‘s 35 and Stuart Broad‘s 33 – and England named an extra seamer in their second Test team partially as cover for Stokes.

It may be that his relative lack of mobility contributed to his failure to cling on to a chance offered by Tom Latham on 66. It was not by any means an easy chance but Stokes is probably the best catcher in this England side and will have been disappointed not to hold on. Latham went on to finish the day unbeaten on 101.

Given Stokes’ importance to the team and the relative unimportance of the Test – it does not form part of the World Test Championship – it would be a surprise if he was asked to bowl for the remainder of this game.

It would be premature to speculate on his fitness for the South Africa tour. But with the first Test in that series starting on Boxing Day it does not leave a huge amount of time for recovery if the problem is significant. Stokes is travelling to South Africa a few days after the rest of the squad in order to allow him to attend the BBC’s Sports Personality of the Year award presentation. Stokes is favourite for the award.