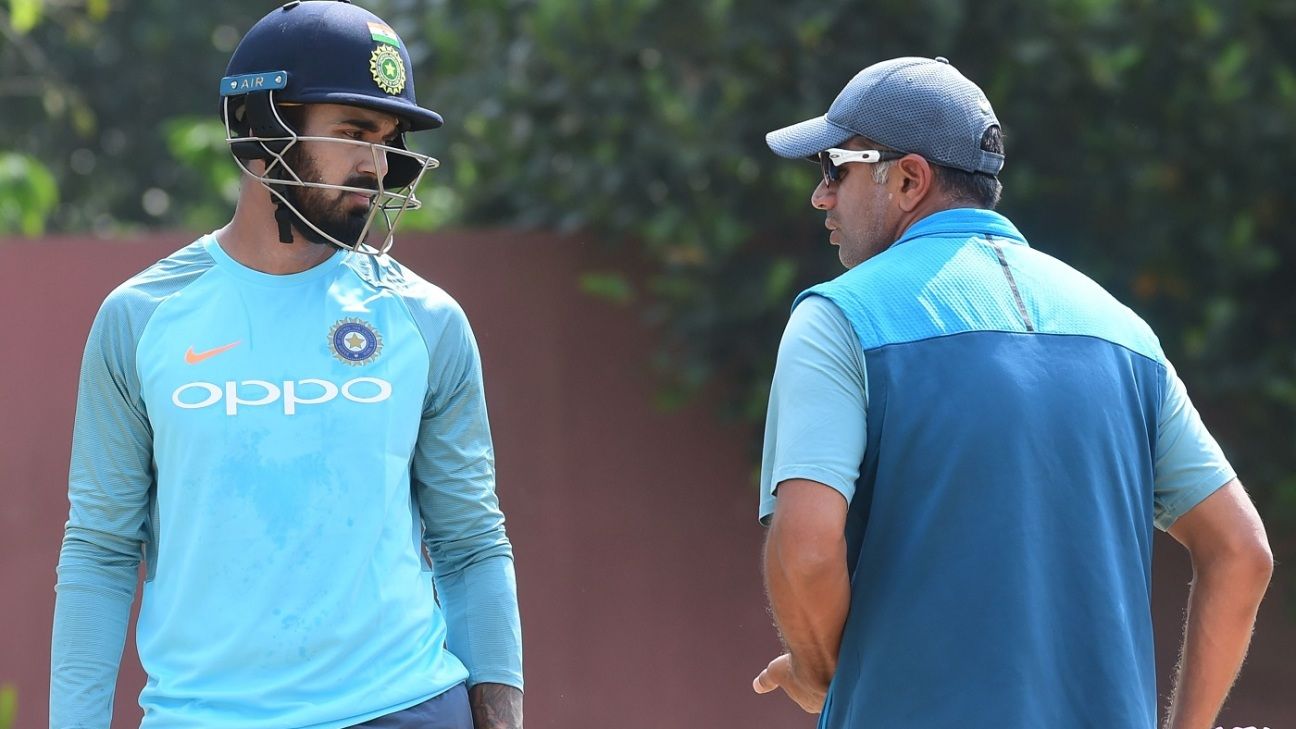 A composed KL Rahul marked his return to form with a measured unbeaten 88 that led India A’s reply to England Lions’ first-innings total of 340. Rahul found an equally sturdy partner in Priyank Panchal, who made an unbeaten 89, the second-wicket pair raising an unbroken 171 to take India to 219 for 1 at stumps on day two.

Rahul ended the day looking primed to make his first century since his 149 against England at The Oval in September. Since that innings and a 60 in the Asia Cup against Afghanistan, he had batted 16 times across formats without reaching a half-century.

Earlier in the morning, incisive bowling from Navdeep Saini and Shardul Thakur did not allow the visitors to add more than 37 runs to their overnight score of 303 for 5, with Saini picking three more wickets and finishing with a five-for.

Saini removed a set Steven Mullaney in the fifth over of the day. Two more wickets fell in the next four overs, leaving overnight batsman Will Jacks alone in his fight against India A’s disciplined bowling. However, he was left crestfallen when he played back to Shahbaz Nadeem to be pinned in front on 63. Saini came back in the next over to dismiss Zak Chappell, closing out the Lions innings on 340 and wiping out most of the advantage they had gained over the first day’s play.

Rahul began cautiously, scoring his first runs off the 12th ball he faced. His opening partner Abhimanyu Easwaran was the more aggressive of the two, and didn’t shy away from attacking the fast bowlers, slapping three boundaries off Jamie Porter and Lewis Gregory early on. At lunch, Rahul was on 2 off 21 balls while Easwaran was on 16 off 27, the latter scoring most of his runs behind square. Rahul then found his groove, unfurling a cover drive off Jamie Porter to score his first boundary.

Chappell, mixing his lengths well, tied Easwaran down and eventually sent him back with a yorker that crashed into his off stump. Rahul took control of things from then and went after Porter in particular, hitting him for three back-foot punches through the covers.

He brought up a well-crafted fifty with another cover drive off Porter, making the local crowd rise to their feet and cheer for a man back in form. Rahul was comfortable not only against pace, he also used his feet freely against the spin of Daniel Briggs.

Having arrived at the crease at 48 for 1, Panchal showed equal resilience and brought up his half-century with a straight drive off Mullaney. Apart from the boundaries they scored, both batsmen also rotated the strike freely. Having scored a lot slower until then, they added 147 after tea, snatching all momentum away from the Lions and putting India A in a dominant position at stumps.