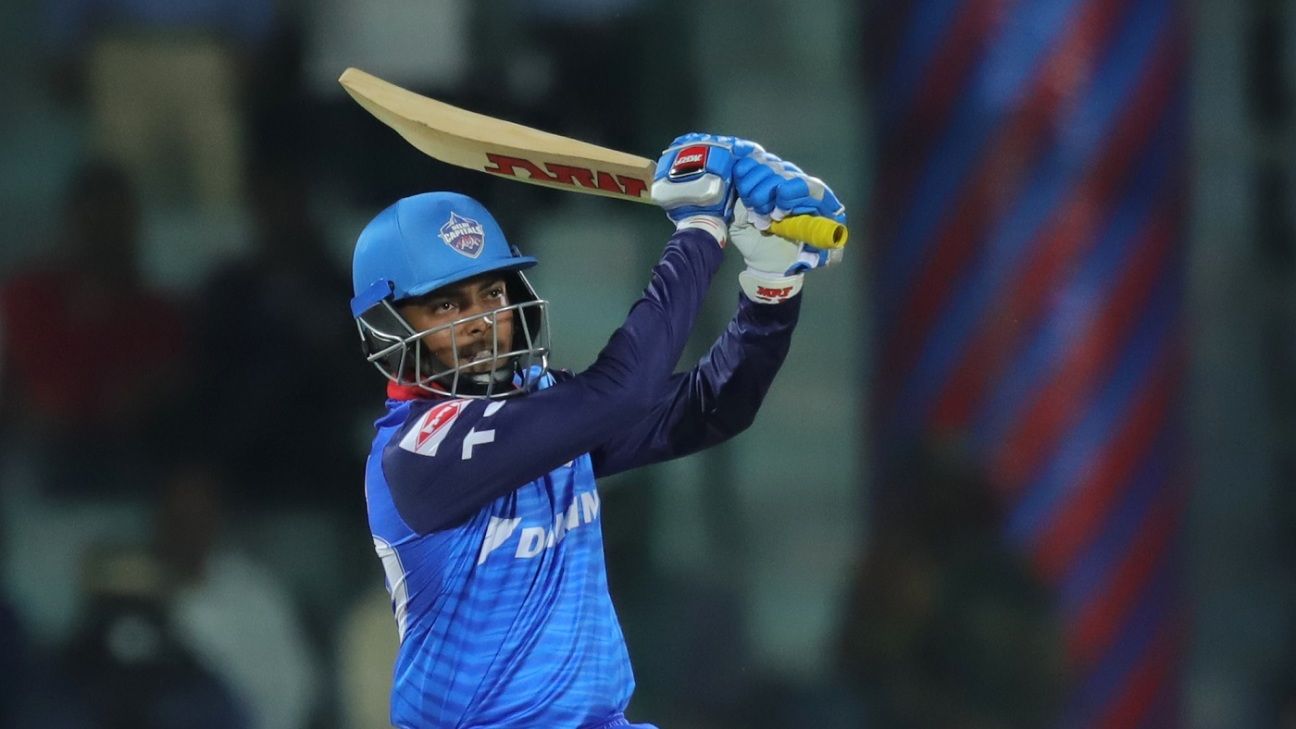 KL Rahul‘s blazing half-century against Punjab gave Karnataka their third win in as many matches in the Super League of Syed Mushtaq Ali Trophy 2019-20. Prithvi Shaw played a similar knock for Mumbai as they defeated Jharkhand in the other Group B game.

Meanwhile, in Group A, Haryana beat Delhi with the help of Yuzvendra Chahal‘s three-for and replaced Baroda at the top of the table. Baroda lost to Maharashtra earlier in the day.

In response to Punjab’s 163 for 6, Rahul got Karnataka off to a flyer and despite Devdutt Padikkal scoring 2 off three balls, the duo added 33 in just 2.1 overs for the first wicket. Rahul kept going for his shots and brought up his fifty off 22 balls.

Along with Manish Pandey, Rahul took the side past 100 with a 60-run stand for the third wicket. Pandey fell for a 29-ball 33 but by then his side required just 25 from 29 balls, which they knocked off with 12 balls to spare.

Shubman Gill, who was released from the Test side along with Rishabh Pant on Friday, managed only 11 off nine balls, as Ronit More took 4 for 27, his best T20 figures.

Smarting from their defeat against Tamil Nadu, Mumbai rode on Shaw’s 39-ball 64 to take down Jharkhand by five wickets.

Chasing 171, Shaw targeted the arc between long-on and deep midwicket and took Mumbai to 50 in 5.2 overs. He got to his fifty off 28 balls with a straight six off left-arm spinner Sonu Singh before dragging a sweep on to his stumps.

Despite Shaw’s innings, Mumbai still needed 64 from 36 balls. However, a 26-run 16th over took the game away from Jharkhand. It started with Shivam Dube hitting offspinner Utkarsh Singh for three successive sixes, and while Dube perished attempting the fourth, Siddhesh Lad smashed the fifth ball for four before collecting two off the sixth.

Earlier, Kumar Deobrat struck 58 off just 30 balls with the help of eight fours and two sixes, but once he was dismissed, Mumbai didn’t let the other batsmen score freely. Jharkhand’s eventual 170 for 5 didn’t prove enough.

Ruturaj Gaikwad, Kedar Jadhav and Azim Kazi all scored in 40s before their bowlers skittled Baroda for 98 to give Maharashtra a 67-run win.

Baroda’s chase never really took off. Samad Fallah dismissed Aditya Waghmode for a first-ball duck in the opening over. And when Deepak Hooda and Krunal Pandya too fell cheaply, Baroda were struggling at 37 for 3 in the seventh over.

Kedar Devdhar (27 off 20) was the only one to offer some resistance but once he was run out, the rest of the batting just collapsed.

Himanshu Rana starred with 59 off 40 balls as Haryana beat Delhi by 30 runs in the north India derby.

Batting first, Haryana lost their openers in the first two overs but Rana and Shivam Chauhan (47 off 31) added 105 in 66 balls for the third wicket. While they got out in back-to-back overs, the incoming batsmen kept finding the boundaries and powered the side to 181 for 6.

Navdeep Saini had an uneventful return from the groin injury, conceding 21 from three overs without picking up any wicket.

Bolstered by Pant’s addition, Delhi would have backed themselves to chase the target down but the wicketkeeper-batsman ended up consuming 32 balls for his 28. By the time he got out, the asking rate had gone past 13. Nitish Rana showed some fight with a 25-ball 37 but it came a too little too late. For Haryana, Chahal was the most successful bowler, registering 3 for 27, his best figures in the seven matches he has played this tournament.