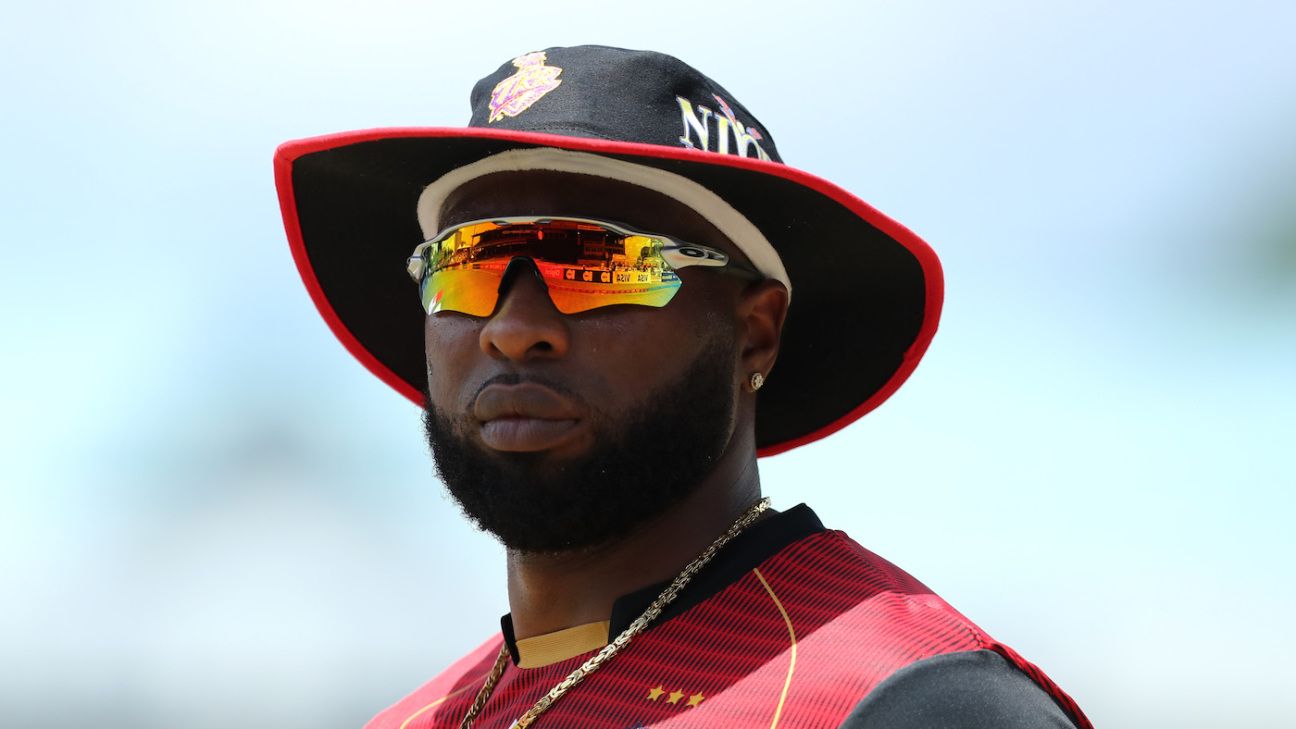 Sir Vivian Richards has given his backing to Kieron Pollard as the Trinidadian allrounder prepares for his first assignment as West Indies white-ball captain, with their three-match ODI series against Afghanistan beginning in Lucknow on Wednesday.

Pollard hasn’t turned out for West Indies in one-day international cricket since their tour of the UAE to play Pakistan in October 2016, and his last List A appearance was over a year ago, for Trinidad and Tobago in the semi-finals of the 2018 Super50 Cup. Despite the lack of recent 50-over match practice, Richards believes that Pollard will fit right back into the side.

Speaking to ESPNcricinfo at WTM London 2019, he said: “It’s about getting yourself fit, and there’s enough good players around him that can help out as well. I think he’s a guy that will get himself to match fitness.

Performances in the 2019 Caribbean Premier League strongly influenced the make-up of West Indies’ squad for this tour, with the tournament’s top run-scorer and leading wicket-taker, Brandon King and Hayden Walsh Jr, receiving their maiden call-ups to the team. The latter, who has previously made his ODI and T20I debuts for the USA national side, is of particular interest to Richards, as a fellow Antiguan.

“I was impressed with him as an Antiguan and Barbudan, especially in the CPL, and he’s a magnificent fieldsman as well,” Richards said, “so I think West Indies do have some good talent coming through, and if it can be fulfilled, they’ll be okay.”

Richards also expressed his hope for Shimron Hetmyer to push on from the promising start to his international career. The 22-year old Guyanan has made 1199 runs at an average of 38.67 in ODIs, with four centuries and four fifties to his name in 34 innings. But it has been a different story so far in the shorter format, with just 116 runs to his name in 12 T20I innings. At CPL 2019 his record was hit and miss, only reaching double figures four times in 12 innings.

“Hetmyer we keep speaking about, he’s a young talent I believe when he settles down, his numbers could be much better for West Indies in the future, but at present, he’s a little if and but at times, but when he works that out and gets to believe he can accomplish that, he’ll be okay. But his talent, his talent is enormous, it’s just for him to know how to get that done.”

One name missing from the West Indies squad in India is that of Chris Gayle. After saying he would retire from international duty after the 2019 World Cup, he made himself available for the ODI series against India in August. Despite being given what seemed like a farewell in Trinidad, he’s still officially available for selection, and Richards wouldn’t be drawn on whether it’s time for the 40-year-old to sign off from his 20-year international career.

“You should ask him that! If he thinks he’s good enough to keep on going, I think he’s in his forties now, and he’s still being productive, I have no problem with that. But if he finds he’s going to be wanting, well, he should start having a look at himself a little closer than he is at present.”

Gayle is the top run-scorer in T20 history, so it may have come as a surprise to some when he went unpicked in the player draft for the Hundred. Richards believes Gayle’s now under-par performances in the field could have tipped the balance out of his favour.

“I’m surprised, I think maybe Chris can still give you a brilliant hundred here and there, he can destroy any attack in my opinion. I guess they’re maybe thinking that what he’s going to give in the field [isn’t going to be enough], because I think that’s got to come into play, saving runs. ‘Can he give us more than he can save?'”

After three ODIs and three T20Is, West Indies will face Afghanistan in Test cricket for the first time. The Asian side only has three matches in the format under its belt, but have won two of them, defeating Ireland at Dehradun in March and Bangladesh in Chittagong in September. Will they be the favourites in subcontinental conditions?

“I’d still like to say West Indies are favourites,” said Richards, “what West Indies have in terms of their fast-bowling unit, that may be the difference. It’ll be a great help. If Roach, Gabriel if he’s there, all the other guys bring it as a pace attack, that may counter the spin that Afghanistan have.”