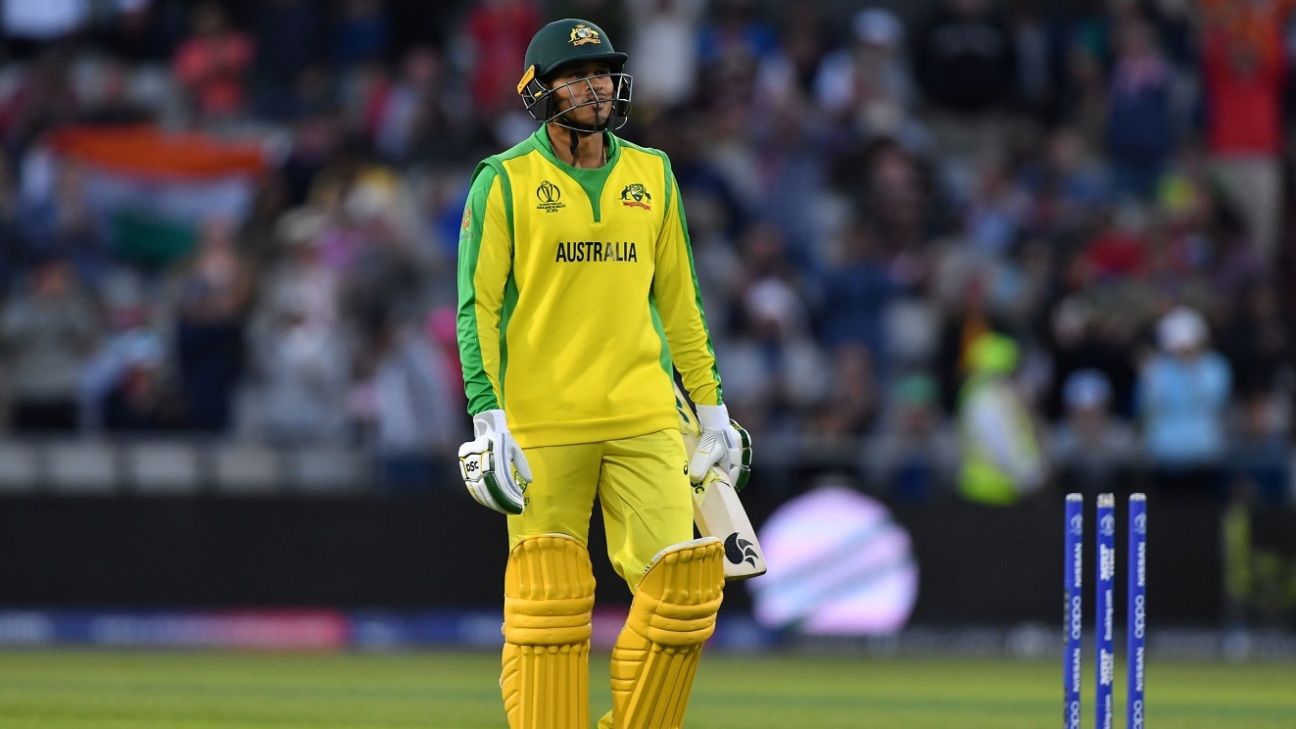 Usman Khawaja and Marcus Stoinis are fitness doubts for Australia ahead of their World Cup semi-final after both sustained injuries during defeat to South Africa at Old Trafford.

Khawaja retired hurt on 6 with what was subsequently described as a “hamstring strain” by a team spokesperson and will undergo a scan on Sunday. His captain, Aaron Finch, admitted he was not especially optimistic about the outcome.

“It doesn’t look ideal for Usman,” Finch said. “He’ll have a scan tomorrow and if we need a replacement – and I think we will – but until you get the definitive scan it’s hard to know. But it’s not looking great for him, in all honesty. He’s done a couple of hamstrings before and he said it feels a bit similar.”

Australia’s other concern is over Stoinis, who clutched his right side after throwing a ball in from the boundary and only bowled three overs. He then received treatment while batting and was run-out when it appeared he was unwilling – or unable – to stretch and dive when called through for a sharp run by his partner, David Warner.

Stoinis had previously suffered an injury to his other side earlier in the tournament. He, too, will undergo scans on both sides on Sunday.

“Marcus is just a bit sore in his side,” Finch said. “We’ll have to wait for the scans.”

Australia have already lost Shaun Marsh in recent days. Marsh was hit by a delivery from Pat Cummins while batting in the nets and subsequently diagnosed with a broken arm. Peter Handscomb has joined the squad as his replacement.

They also know they have reinforcements close at hand. Australia A are currently touring England, so any potential replacements should be able to join up with the senior squad quickly having already acclimatised to conditions.

But it was something of a surprise when Khawaja returned to complete his innings after Australia lost their seventh wicket. Their pursuit seemed almost hopeless at that stage – they required 51 runs off 28 balls – and Khawaja ran the risk of exacerbating the injury. As it was, he added another 12 runs and was unable to pull off an unlikely victory.

“He didn’t aggravate it,” Finch said. “It didn’t work out the way we planned, but he put the team first, which is a great quality to have. He was more than happy to go back out.”

The desperation Australia showed in the final moments of the match, however – not least in sending Khawaja back out to bat – and the disappointment they showed in defeat did suggest they would have rather played in the first semi-final. Not only would that have avoided the need to travel – the first semi-final is in Manchester, where Australia have been based for some time – but they would have faced New Zealand who would appear to be, according to the rankings at least, the weakest of the four teams left in the competition.

As it is, Australia will face the No. 1-rated hosts at Edgbaston, where England have won their last 10 international games.