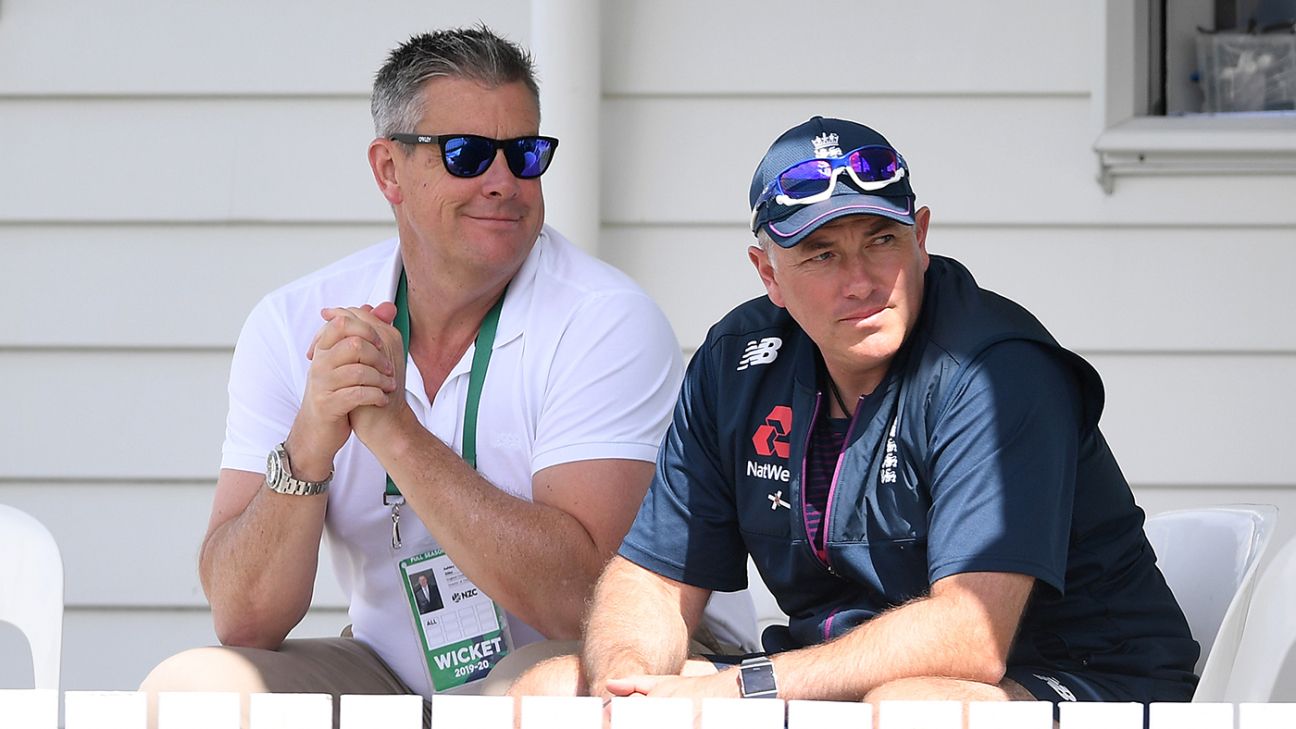 England’s director of cricket, Ashley Giles, has admitted Kevin Pietersen was “quite right” to request time off during his international career, despite the ECB’s resistance to allowing such flexibility at the time.

Pietersen’s desire to play in the IPL while asking for time off from international commitments became a cause of strain with team management towards the end of his ten-year England career. But looking back on the situation now, Giles said he believes it is essential such requests are managed with greater sympathy if England are to avoid further episodes of burnout and mental health problems.

As a result, Giles has suggested players and coaches may be rested and rotated more often in future.

“Kevin was making these points and he was quite right,” Giles told the BBC’s Test Match Special in New Zealand. “I won’t go so far as calling him a visionary, but he was right. He’s not as silly as he looks.

“The game has moved on at a hell of a pace and continues to. There are a lot of pressures out there and we talk about protecting Test cricket, but tournaments are getting shorter and faster and getting more regular and they are real cash cows for the modern player.

“There are other tournaments around, too, like the IPL and we have to be realistic. Guys are going to want to play in them so we have to find time in the schedule for them to take breaks. If that means missing international cricket occasionally then I’m afraid we’re going to have to suck it up.

“Part of our strategy has to be to develop a bigger group of players who are capable of playing at this level, we’re not going to manage otherwise. The same goes for our management. I’d rather have one coach, but that doesn’t mean he can’t have time of and provide chances for others to lead.

“The schedule brings money and that is why we can sign these big deals with broadcasters. What it doesn’t mean is that we play our best players into the ground because we’ll lose them quickly which brings us back to that care point again.

“It just isn’t fair and many of them have young families now and that puts a different perspective on life.”

A recent survey by The Cricket Monthly found that some of England’s highest-profile players had the heaviest workloads in world cricket. Joe Root, England’s Test captain, played more international days than anyone else between October 2018 and September 2019, with Ben Stokes and Jos Buttler ranked joint fifth.

While physical tiredness is one issue, Giles is also keen to prevent his players suffering from the emotional demands of their lifestyle. In recent weeks, there have been three-high profile examples of players in Australia requesting time away from the game, with Glenn Maxwell, Nic Maddinson and Will Pucovski all being encouraged to talk openly about their mental health.

“The mental wellbeing and welfare of our players is crucial,” Giles said. “Particularly as we’ve got a number of players who perform across all formats and their schedules are incredibly busy.

“It looks like a great lifestyle being on the road and being in hotels but these guys are serious professionals and spend a lot of time under stress and it’s a really important issue for us.

“The other modern thing around that is different from when I played is camera phones and social media. A picture can tell a thousand words but not necessarily the right ones. A player could be out having a meal and a glass of wine and it could be misconstrued so guys tend to stay in hotels a lot and look after themselves.

“It is a shame if you feel you’ve got to hide away, especially in a country like this.”

Giles hopes the England environment will be improved by the effective promotion of Mark Saxby. Saxby has long been viewed as a vital part of the management team with a brief that extends well beyond his official title as massage therapist. But while his title will not change, the pastoral side to his role has been extended in the hope that he will be able to spot the early signs of problems with any of the team and ensure they receive the help they require. Saxby is also qualified in executive coaching.

“One of the things we’ve looked at is the role of Mark Saxby who has been around with the team for a long time as our massage therapist, but for years he has been a lot more than that,” Giles said. “He’s been a shoulder to cry on at times, a mentor and a sounding board on the bed when he’s been massaging players.

“He is taking on more responsibility now on the welfare front and with our culture. It is very important to me, tour on tour, that we have some short-term checks on the group. Are there any red flags? Anyone we need to worry about?

“I’m sure these issues have always been around but perhaps in the past it was more difficult to talk about. I’m pleased that players can talk about it now publicly without ridicule or any stupid chat that there might have been around it in the past.”