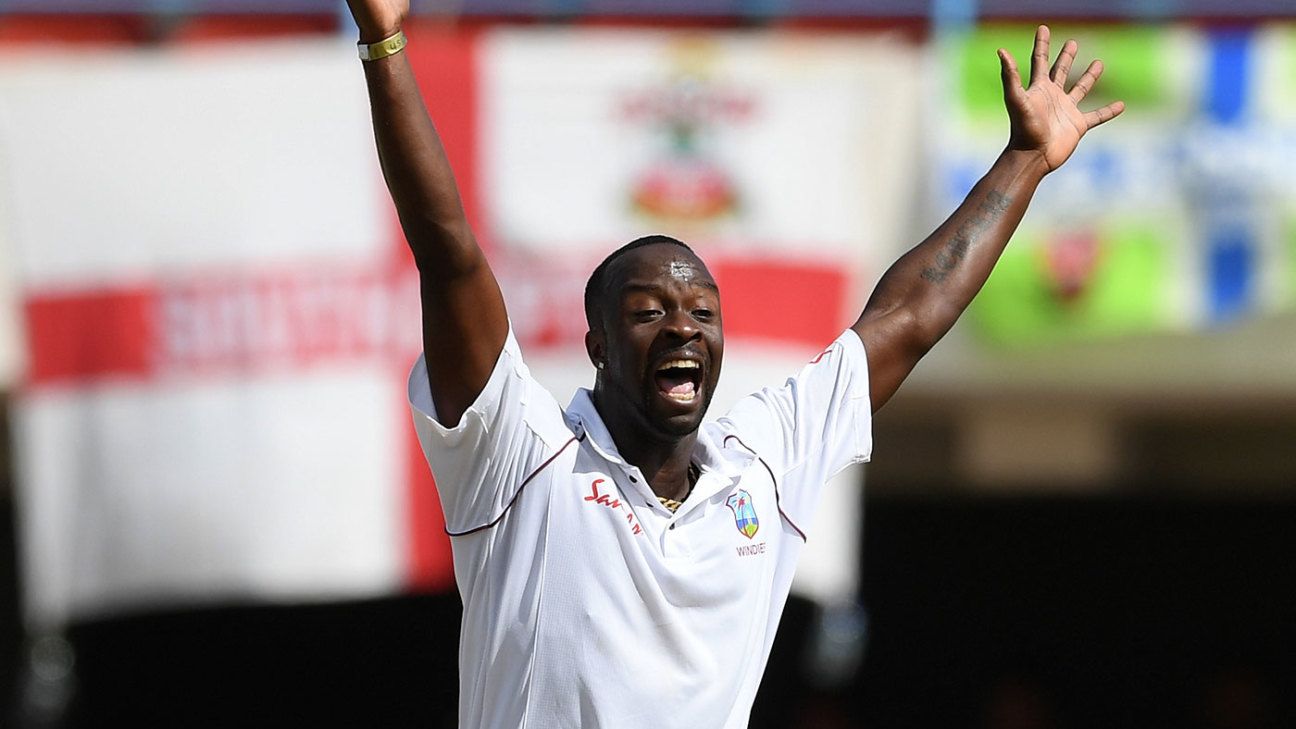 Kemar Roach admits he is “very proud” of himself after another eye-catching performance with the ball against England.

Roach followed his 5 for 17 in the first innings of the Barbados Test with 4 for 30 in Antigua to help West Indies take a grip on the second Test. Afterwards he expressed his delight both at “backing up” the Barbados performance, and the nature of pitches used so far in this series. He has currently taken nine wickets in three innings at 11.66 – more than anyone else to date.

“Backing up performances is very important,” Roach said. “The opposition come back hard following a defeat and England are a quality side. We were on top of them for a while, but they fought back hard. They put up a good fight. So to get four wickets … I’m very proud of myself.

“It is a tough pitch for the batsmen. There is variable bounce. It was pretty green and it did a lot with the ball. But you have to be consistent as a bowler. You have to make the batsmen play as much as possible.

“The last Test in Barbados was good for fast bowlers as well. It’s rare in the Caribbean. But this was an eye-opener. I’m pretty happy with the pitch as a fast bowler. It’s good for cricket, I think.”

Roach also gave praise to his fast-bowling colleagues, who sustained the pressure on England, as well as the quality of the slip catching, which resulted in one superb effort to end Joe Root’s innings, as John Campbell made great ground to parry a high chance to Shai Hope

“I got fantastic support from the others bowlers and the catching was also quite good,” Roach said. “We saw what Campbell did when he jumped to make the catch off Root, which eventually went to Hope. We were ‘on’ today.

“With Shannon Gabriel, Jason Holder and now Alzarri Joseph coming into the team, it’s a quality bowling attack. The guys have been doing fantastic over the last year-and-a-half. It’s a very good bowling attack and, if we keep working hard, we can put some numbers on the board for West Indies.”