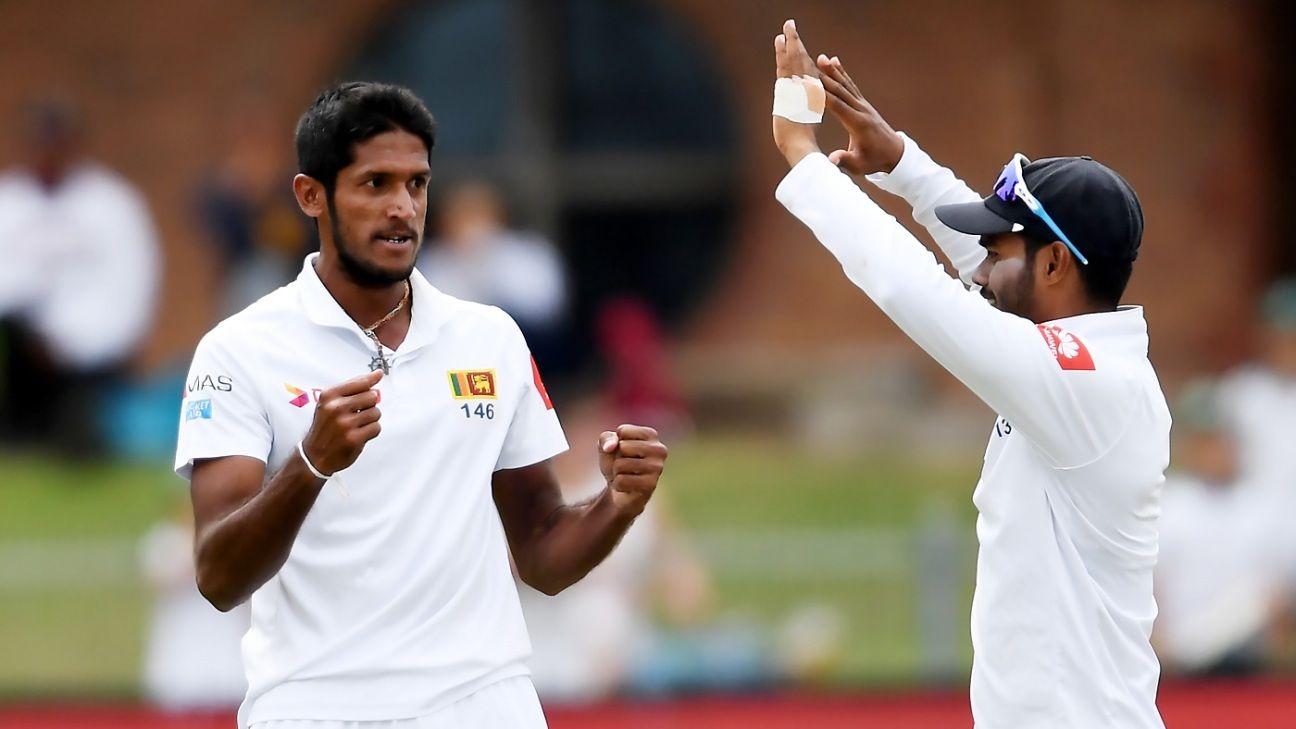 Fast bowler Kasun Rajitha has been ruled out of the second Test against Pakistan due to a hamstring strain. Rajitha had bowled only six overs on day five in Rawalpindi, owing to the injury he had picked up during his new-ball spell. He took the wicket of Shan Masood, but was off the field for much of Pakistan’s first innings.

Rajitha is the second Sri Lanka quick to be ruled out of the series. Before the tour began, spearhead Suranga Lakmal became unavailable after contracting dengue. Rajitha’s exit means Lahiru Kumara and Vishwa Fernando are the only frontline quicks in the squad to have played Tests. Lakmal’s replacement, 22-year-old Asitha Fernando, has only played one ODI.

The selectors are yet to name a replacement for Rajitha, and it may turn out that they will just make do with the squad already in Pakistan. If Asitha does not play in a three-man pace attack, Sri Lanka also have the option of fielding left-arm spinner Lasith Embuldeniya, or left-arm wristspin bowler Lakshan Sandakan.

The second Test in Karachi begins on Thursday.