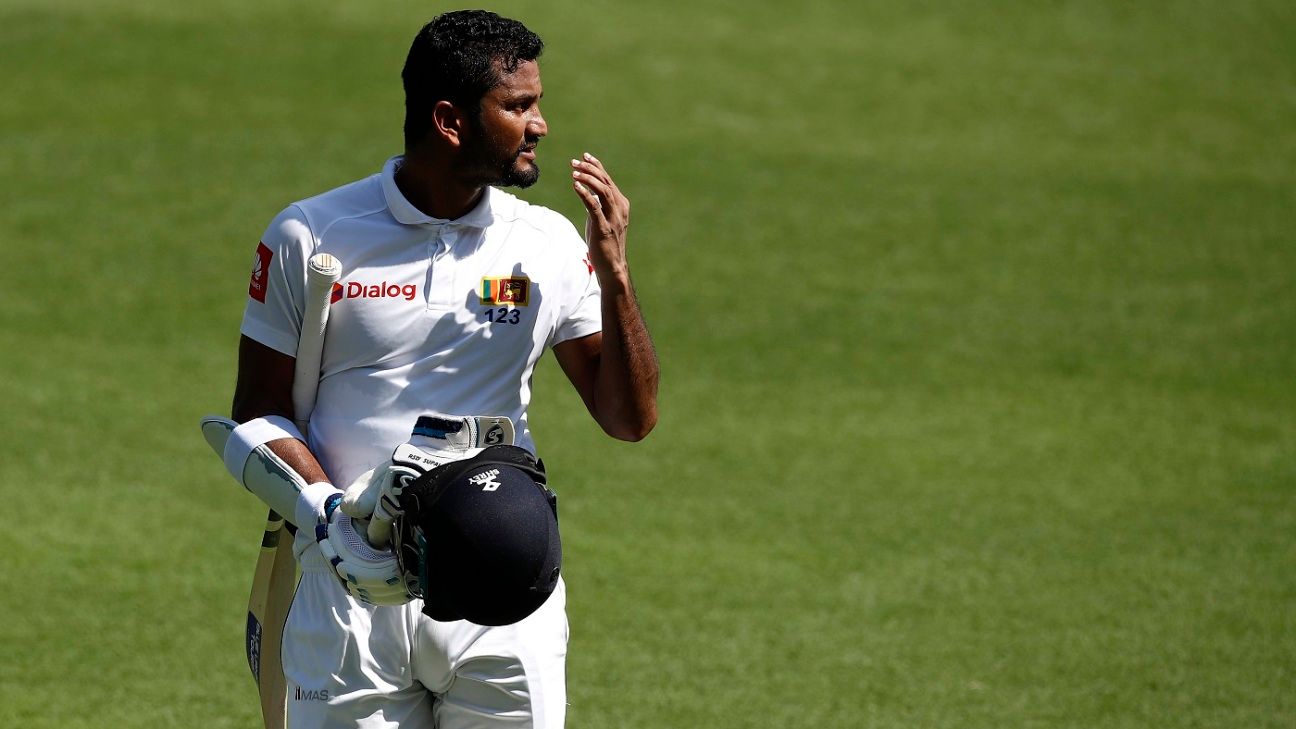 Sri Lanka are missing their two most experienced batsmen in Dinesh Chandimal and Angelo Mathews, and have several uncapped players in the squad, but new captain Dimuth Karunaratne believed his team can still “find a way to score some runs” in South Africa.

Given the magnitude of the challenge that awaits them, Sri Lanka’s outlook is not great. Over the past three years, there has been no greater challenge for batsmen in world cricket than facing South Africa’s bowlers in their home venues. But although the squad appears very green, there is knowledge and know-how here, Karunaratne said. He hoped batsmen who had played on the 2016-17 tour to South Africa, and those who have come to the country on Sri Lanka A tours, would translate that experience – however modest – into Test runs.

“Myself and a couple of other guys played last time here. Those batsmen know how to make a gameplan. We need to tell the youngsters how these conditions are. As a group we need to communicate about those things.”

He did acknowledge, however, that he had been saddled with the captaincy at an especially difficult time. At present, there are ICC match-fixing allegations swirling around Sri Lankan cricket, while the Sports Ministry and board at home are also moving to change the leadership and coaching staff of the top team. The squad for this tour is also substantially different to that which toured Australia over the past few weeks, which is also understood to have created insecurity within the camp.

On a personal front, Karunaratne had an outstanding series against South Africa in July last year, when he hit over 350 runs across a two Test series, in which no other batsman could score more than 175. He said that those performances didn’t mean much in the context of a series in South Africa, where conditions will be radically different. However, his performances in that series, and his scores through the year in general, had landed him a place in the ICC’s Test team of 2018 – an honour he says he had not been expecting.

“It’s like a dream come true. When you’re doing well, you get rewards. I never thought I’d be in the ICC Test side. I like stats, and I want to improve every year. I got 1,000 runs in 2017, but missed out in 2018 because I missed three Tests. When I get a chance, I want to win games with my performances.”