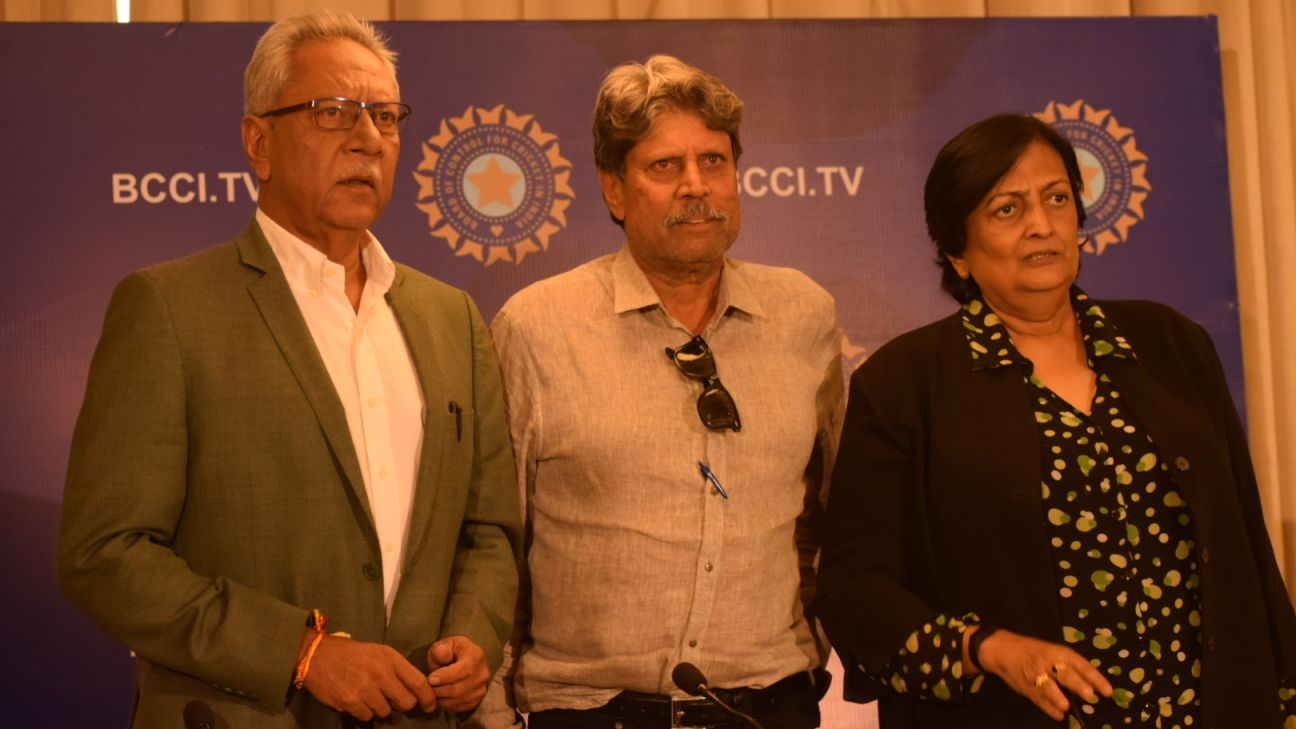 Less than a week after Shanta Rangswamy stepped down from the BCCI’s Cricket Advisory Committee (CAC), the other two members of the ad-hoc panel – Kapil Dev and Anshuman Gaekwad – have stepped down too. The resignations follow the notice of conflict of interest served to the three by the BCCI ethics officer Justice (Retd) DK Jain, who acted on a complaint filed by Sanjeev Gupta, a life member of the Madhya Pradesh Cricket Association.

Kapil sent in his resignation on Tuesday to the Committee of Administrators (CoA) and BCCI chief executive officer Rahul Johri, while Gaekwad followed suit today.

“It was a pleasure to be part of the ad-hoc CAC to specifically select the Head Coach for the Men’s Cricket Team,” Kapil was quoted as saying in his communication by the Indian Express. “I hereby tender my resignation from the same with immediate effect.”

The development is likely to put the BCCI ethics officer in a spot. In his notice to the three CAC members, Justice Jain had asked for a response by October 10. He could not be reached to ascertain what his next step would be: whether to pass an ex-parte order or dispose of Gupta’s conflict complaint.

In case Justice Jain goes ahead and holds the Kapil-led CAC guilty of conflict, the obvious questions that will follow is what happens to the appointment of Ravi Shastri as the Indian men’s team’s head coach, which the panel had decided on? As things stand, Shastri is on a two-year contract until the 2021 T20 World Cup.

Incidentally, before it convened to conduct the interviews for the various coaching staff appointments in August, all three CAC members had given written undertakings to the BCCI: Kapil had confirmed that he owns a company that supplies floodlights to various state associations and that he is one of the founding directors of the new Indian Cricketers’ Association (ICA); Gaekwad, similarly, mentioned his son’s cricket academy and that he is also a director at the ICA; Rangaswamy is understood to have said there were no conflicts of interest in her case, although she was an ICA director too. [Last week she stepped down from that position too.]

The three-member CoA was split on whether the CAC should be given the nod to carry out the interviews. While Vinod Rai and Ravindra Thodge felt there was no direct conflict, the third member, Diana Edulji, had said that Justice Jain was best placed to take the final call. She was overruled.

Throughout its brief tenure, various questions have been asked of the CAC after it came into existence in controversial circumstances.

Last December, once the BCCI had opted not to renew interim woman’s head coach Ramesh Powar’s contract, the CoA, then comprising only Rai and Edulji, had differed on the next step. The CoA had initially asked the previous CAC comprising Sachin Tendulkar, Sourav Ganguly and VVS Laxman to pick a new woman’s coach. But when that panel asked for time, Rai approved an ad-hoc CAC of Kapil, Gaekwad and Rangaswamy. Edulji called the appoinment “illegal” and argued with Rai, saying the BCCI constitution did not provide the option for an ad-hoc CAC. She was overruled on that occasion too, and former India batsman WV Raman got the job.

Edulji then said Raman, who was serving as the batting coach at the National Cricket Academy in Bengaluru at the time, should be given the head coach role in an interim capacity before the previous CAC could reassemble and appoint a permanent coach. The appointment was, however, made official, and calling the process fraught, Edulji called for Justice Jain to look into the matter. But the ethics officer has not delivered his verdict yet.