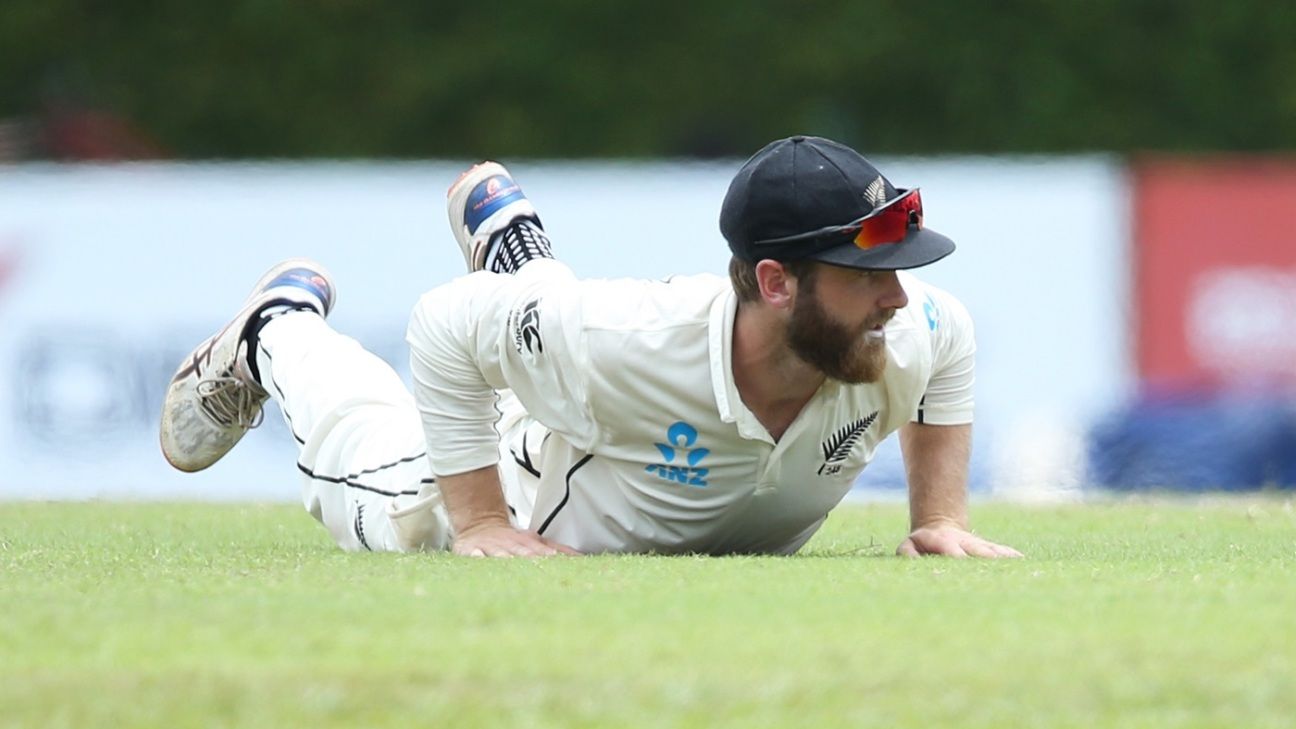 Kane Williamson will miss New Zealand’s T20I series against England with a hip injury, with Tim Southee named as captain in his absence. Trent Boult has also been omitted for the first three of five T20Is, in order to focus on his Test preparations.

Although Williamson played in the Plunket Shield this week for Northern Districts, it was concluded after discussions with coach Gary Stead that rest was the best course of action.

“We’ve been monitoring the injury for a while now and it’s the same issue that ruled him out of the final Test against Bangladesh back in March,” Stead said. “It’s disappointing timing for Kane at the start of an exciting Kiwi summer, but we feel it’s the right decision with a busy season ahead.

“We’re fortunate to have someone experienced like Tim who can comfortably step in and take the reins, as he successfully did on the recent tour of Sri Lanka.”

Southee led New Zealand to a 2-1 victory in the T20Is against Sri Lanka, after Williamson was rested from that leg of the tour. Apart from Northern Districts’ game against Canterbury, in which he batted once and scored 26, Williamson has not played since the two-Test series in Sri Lanka in August.

Lockie Ferguson, who is due to make his return from a thumb injury in England’s warm-up matches ahead of the series, has been named in the T20I squad for the first three games, with Boult returning to take his place for the fourth and fifth.

Boult will instead play in the second round of the Plunket Shield for Northern Districts, building towards the two Tests against England at the end of November, and New Zealand’s subsequent tour of Australia.

“In working with Trent and looking at the season ahead, we feel another four-day game will provide him with the best preparation for the upcoming Test series against England and Australia,” Stead said.

The rest of the squad is similar to that which took on Sri Lanka. Allrounder Jimmy Neesham returns, along with pace bowler Blair Tickner, who has been capped once previously in T20Is, while Todd Astle, Tom Bruce and Seth Rance missed out.

“If you look at the batsmen there’s plenty of good ball strikers and that explosive hitting is a crucial component in the shortest format,” Stead said of the selections. “Tim will have a variety of bowling options including our spin combination of Ish [Sodhi] and Mitch [Santner] who are both ranked inside the top ten T20 bowlers in the world.

“We obviously have a lot of T20 cricket on the horizon ahead of next year’s World Cup and a tough five-game series against England should be a great start to the summer.”