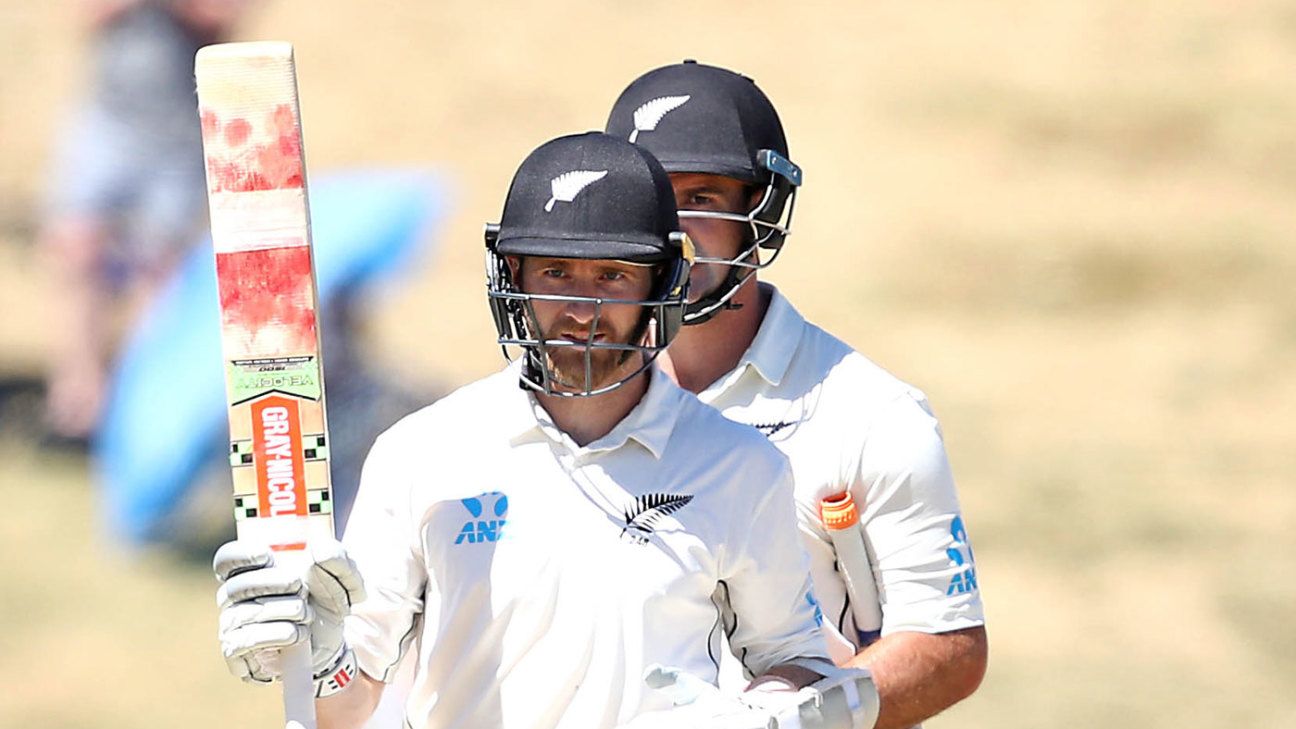 Kane Williamson‘s unbeaten 200 in the first Test against Bangladesh in Hamilton, which New Zealand won by an innings and 52 runs, has propelled him to a career-high 915 points in the ICC rankings.

That puts him only marginally behind Virat Kohli, who is at No. 1 on the table, but unlike Williamson, who has two more Test matches against Bangladesh in the ongoing series, the India captain has no long-format cricket lined up in the immediate future.

Williamson headlined a remarkable New Zealand batting performance in Hamilton, where they rode on his second Test double-century and centuries from openers Jeet Raval and Tom Latham to score their highest Test total of 715 for 6 declared in their only innings.

Starting the Test with 897 points against his name, Williamson moved up to within striking distance of the top spot for the second time in his career – he was No. 1 briefly in late 2015.

The 915 points Williamson currently has are also the highest ever for a New Zealander in Test cricket. Richard Hadlee had gone past the 900 mark – the only other player from the country to do so – in the bowlers’ chart during his career, getting to 909.

In other updates, Latham has moved up to No. 11 among batsmen, while Raval has gone to No. 33 after hitting his maiden Test century. Trent Boult and Tim Southee remained in the top ten among the bowlers, with Neil Wagner moving up to 11th spot.

For Bangladesh, the brightest sparks in the Test were Tamim Iqbal, who scored 126 and 74, and Mahmudullah and Soumya Sarkar, who hit 146 and 149 respectively in the second innings. Tamim slotted in at No. 25 as a result, Mahmudullah at No. 40 and Soumya at No. 67.