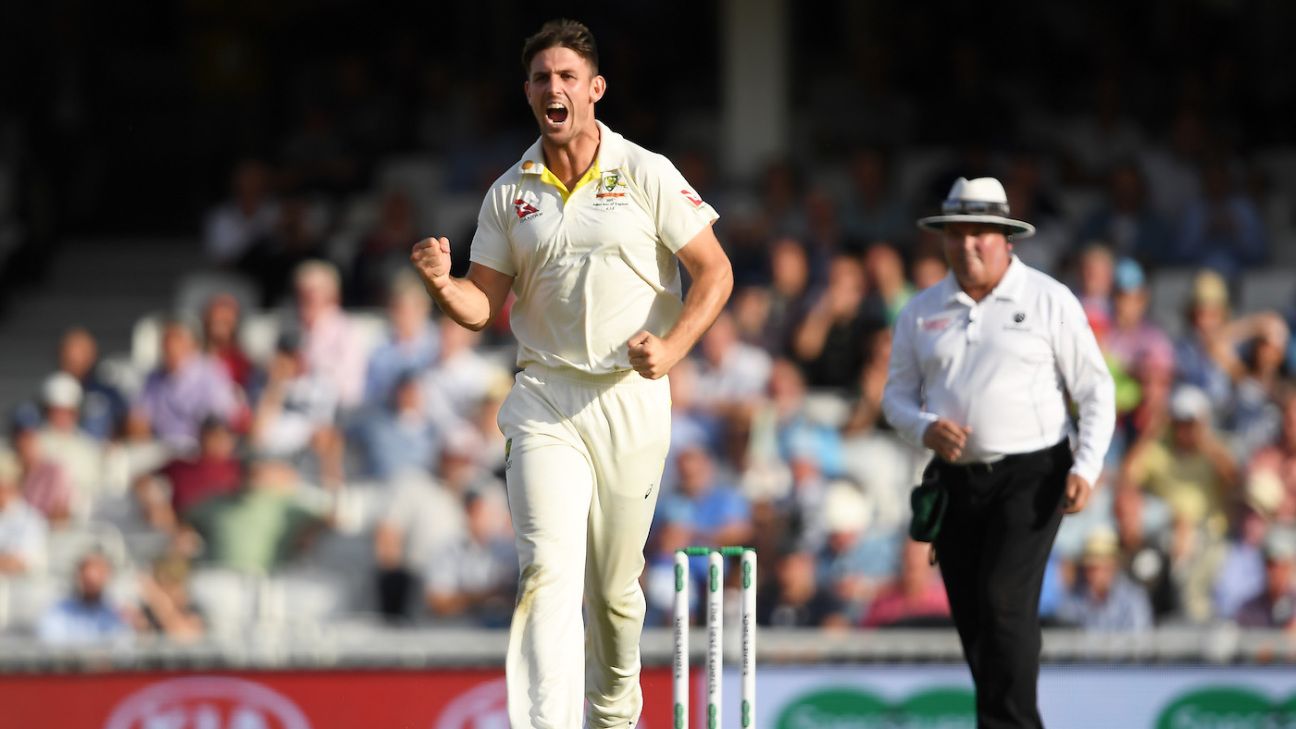 Mitchell Marsh received a succinct response from Australia coach Justin Langer after he suffered a broken right hand from punching the dressing room wall at the WACA on Sunday.

“He just told me I’m an idiot basically. He was disappointed for me,” Marsh said as he spoke to reporters with his right hand in a cast. “It certainly will be an isolated incident, that’s for sure, and it won’t be happening again.”

Marsh faces up to six weeks on the sidelines which is likely to rule him out of both Tests against Pakistan and he may just get one more Sheffield Shield match before it breaks for the BBL in mid-December.

“It’s pretty uncharacteristic of me to want to punch a wall. I’m a pretty easy-going sort of bloke,” he said. “I’m just disappointed really, gutted. The feeling of letting your team-mates down and not being able to be a part of the journey for the next four to six weeks, that was the point I wanted to stress to the lads, that I was really sorry and it’s not an example I wanted to be setting. They got around me. They still love me, so it’s all good.”

Marsh was an incumbent in the Test side following his recall for the final match of the Ashes although there was no guarantee that he would have been retained for the Pakistan series.

Australia’s second Test assignment of the season is a three-match series against New Zealand which begins in Perth on December 12.

Western Australia could now be without their captain for half of the Sheffield Shield campaign. Following the BBL, the competition resumes in mid-February for the final four rounds.