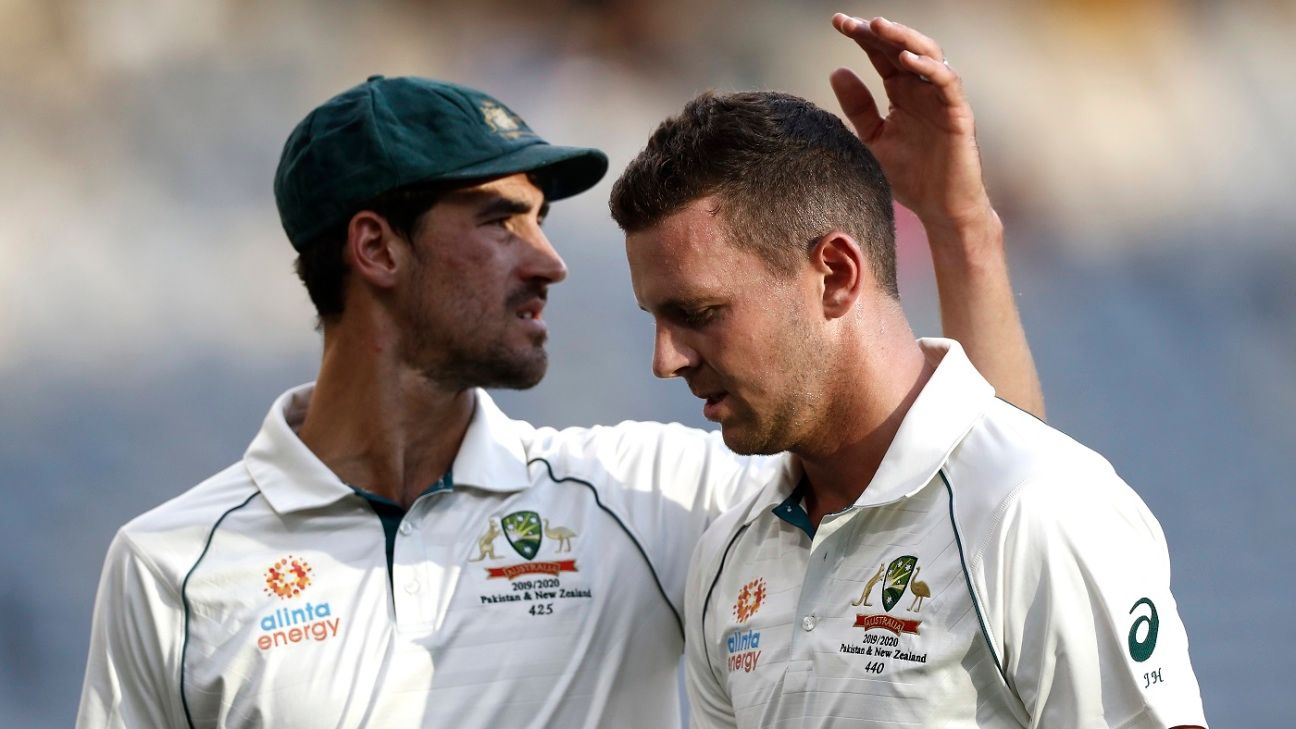 Josh Hazlewood left the field two balls into his second over at the start of New Zealand’s first innings in Perth, pulling up in his run-up and then going off after collecting his cap and shades from the umpire. He looked distraught as he slowly made his way to the dressing room.

Pat Cummins completed the over with Australia facing the prospect of being a bowler down to match the loss of Lockie Ferguson in the New Zealand attack.

Australia have played the same side in the first three Tests of the season. They enforced the follow-on in Adelaide, which meant a heavy workload for the quicks, but there was a week between the end of that Test and the start in Perth.

Hazlewood returned to the Test side for the second match of the Ashes in August after having suffered a stress fracture of the back in January.

The injury came amid a dramatic start to New Zealand’s innings, as they lost both openers inside two overs. Tom Latham was rushed by Mitchell Starc and got a leading edge back to the bowler, and then the out-of-form Jeet Raval played around a beautiful inswinger from Hazlewood to leave them two down with just one run on the board.

New Zealand came close to losing a third wicket when Ross Taylor just managed to regain his ground after a mix-up with Kane Williamson over a single.