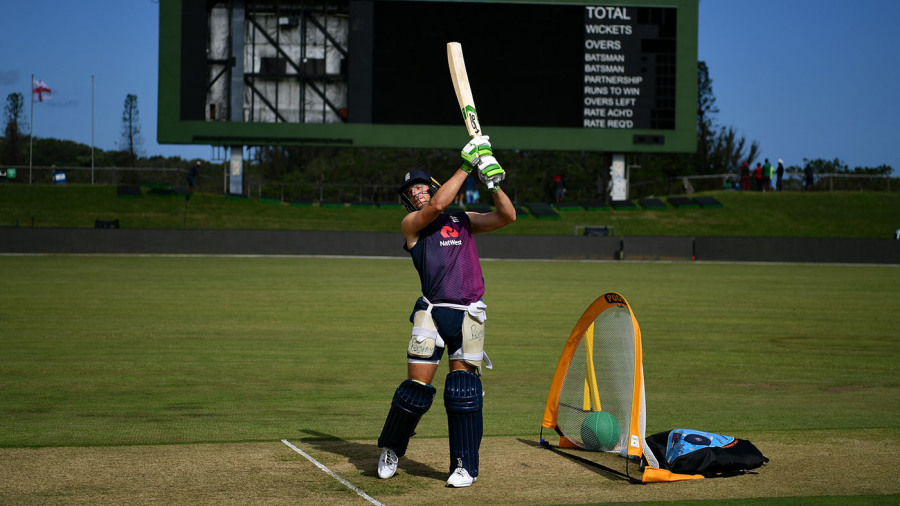 England won toss and elected to field vs South Africa

England have signalled their intentions to continue to use Jos Buttler as an opening batsman in T20I cricket, after picking him at the top of the order for the first game of their three-match series against South Africa in East London.

Buttler has not played a T20I since October 2018, and while the vast majority of his recent short-form opportunities have come as an opener, it had been suggested that England’s surfeit of top-order options might see him used better as a middle-order floater or a specialist finisher.

Jonny Bairstow was named at No. 3, with Joe Denly a surprise inclusion, carded at No. 6. That meant no place for Dawid Malan, despite his punchy Sky Sports column on the eve of the ODI series in which he wrote: “I don’t know how you can be under pressure with numbers like that”, referring to his average of 57.25 and strike rate of 156.31 from his nine T20Is.

South Africa sprung few surprises, though the inclusion of Temba Bavuma to open the batting with Quinton de Kock was unexpected. Dale Steyn was included to play his first game of international cricket in 11 months, and forms part of a strong seam attack alongside Beuran Hendricks, Lungi Ngidi and Andile Phehlukwayo.

“The wicket looks really good,” said Eoin Morgan. “There’s not a lot of data behind games that have been played here. We’ll have to manage dimensions and the wicket. I’ve never played here before, so it’ll just be a matter of adapting conditions as we go on.

“There’s a huge amount of context with the World Cup just around the corner, and the senior players come back into the side. Having them back in is extremely valuable to us.”

“It think it’s going to be quite a good surface, but could be a little bit slow,” said Quinton de Kock. “The old man [Steyn] is back, he’s been bowling really well of late in the Mzansi [Super] League and the Big Bash. Temba’s going to open up with me – me and him bat really well together. Dwaine [Pretorius] – we all know the value of an allrounder so it’s nice to have him back.”