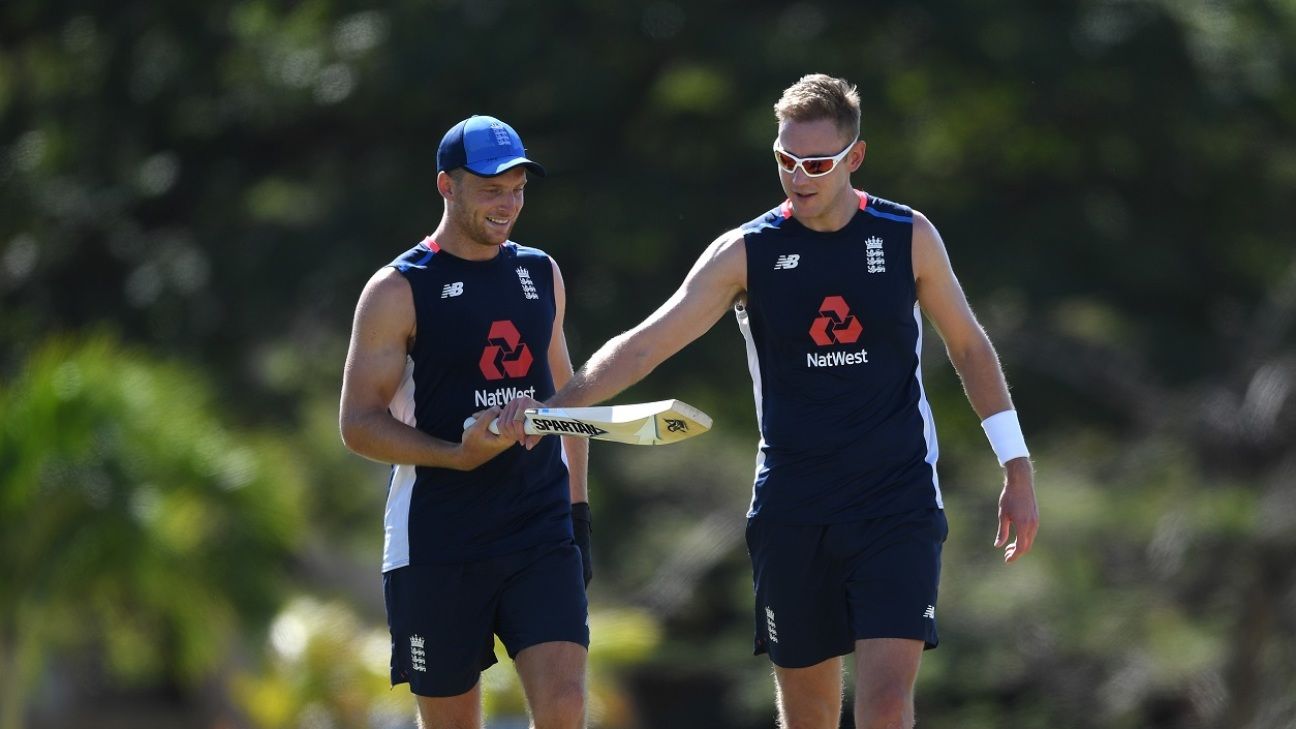 Jos Buttler has admitted it “probably doesn’t make too much sense” for England to play football as part of their training routine.

Butter, England’s vice-captain, insisted the players were “very careful” and tried to keep things safe while playing. But he conceded there were “obvious risks” involved and confirmed they would accept it if Ashley Giles decided they should no longer play.

Giles, the new managing director of England men’s cricket, recently said he was uncomfortable with the idea of football as part of the warm-up regime. While he suggested he would talk to the captains and coaches before reaching a decision, he did hint there may be a change of approach.

While Buttler would regret that decision, he said he could understand it. Jonny Bairstow sustained an ankle injury while playing football near the start of the Sri Lanka tour and subsequently lost his place as wicketkeeper to Ben Foakes. Several other players have suffered similarly over the years.

But the players argue that it has helped foster a strong team spirit – new players, for example, are made captains of the teams in order to aid integration – and insist that, with sensible precations, such as the ‘no-tackling’ rule that has been in place for a few years, it is no more dangerous than most sporting activities.

“I love it,” Buttler said. “It’s been a fun part of our warm-ups for a while and I enjoy playing it. The guys are very careful. We’re not professionals but we enjoy a kick around and we try to stay as safe as possible.

“But I understand his point of view because it probably doesn’t make too much sense for us to warm up playing football. There are obvious risks.

“So if that’s his final decision then that’s it. There will be discussions between coaches, captains and Ashley Giles and if it’s decided we can’t play anymore I don’t think the guys will be too bothered. We’ll just get on with it.”

England start their first warm-up game – a non-first-class two-day match that will involve at least 12-players per side – at the Three Ws Oval in Barbados on Tuesday. As is the nature of these things now, England are expected to bat the whole of one day and field for the whole of another irrespective of how many wickets fall. Olly Stone has a slightly stiff back so he may therefore sit out the first match. The squad played football as part of their warm-up routine on Monday.

The opposition, a CWI President’s XI, contains six men with Test experience – batsmen Sunil Ambris, Jermaine Blackwood, who scored his only Test century against England on the 2015 tour, and Vishaul Singh; allrounder Raymon Reifer, and fast bowlers Alzarri Joseph and Miguel Cummins – and will be captained by the keeper, Jahmar Hamilton.

A second two-day warm-up – on the same ground, against the same opposition and almost certainly with the same liberal attitude to cricketing conventions – starts on Thursday.

It is understood groundstaff have been encouraged to prepare pitches with a bit of life, a characteristic that has not always been present in the Caribbean in recent years, throughout the Test series; the use of the Dukes ball should also be to the liking of bowlers.

England have won only one Test series here in the last 50 years – Michael Vaughan’s 2004 squad are the honourable expectations – so the size of the challenge in front of them should not be underestimated.