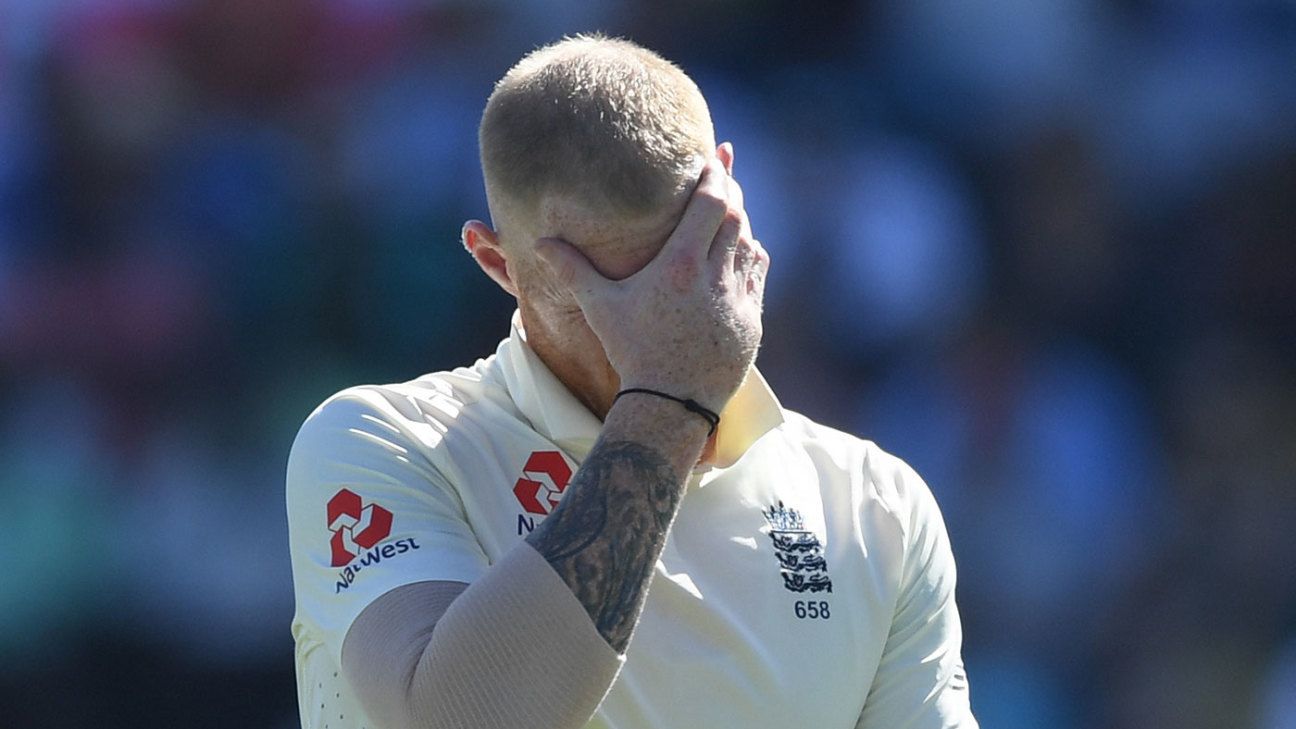 Jos Buttler admitted that England had been served a timely reality check after two torrid days in a row in Barbados – first with the bat and then with the ball – but believes that their long and unlikely challenge of batting out the final two days to save the first Test is an “opportunity to have a much better showing”.

Buttler, who was one of five England batsmen to be blown away by Kemar Roach in their dismal first innings of 77, also dropped a key catch in the covers off Shimron Hetmyer in West Indies’ first innings. He had little involvement on a long and hot third day, however, as Jason Holder and Shane Dowrich put their bowlers to the sword in a remarkable unbeaten seventh-wicket stand of 295.

“They’re both pretty tough days,” said Buttler. “Yesterday was a really poor reflection on us as a side. We can do much better than that.

“Today was pretty thankless as well out there. As much as we could, we stuck together. The guys kept running in, [Ben] Stokes and [James] Anderson didn’t get any rewards for it but it showed their passion for playing for England.”

Asuming England are unable to stave off defeat in the coming six sessions, they will come to the end a run of five Test victories in a row, dating back to the 4-1 series win over India last summer and including their 3-0 win in Sri Lanka before Christmas.

And, given that England’s captain, Joe Root, had been openly targeting the No.1 world ranking in the build-up to the series, Buttler admitted that the events in Barbados were not good enough for a team with such lofty ambitions.

“It was tough to explain, I guess. Our bowlers having not had long to rest can make a bit of a difference. The guys trucked in all day and showed immense amount of determination and real fitness to keep going.

“But with the bat we were well below, and with our aim of getting to the No.1 side in the world, that is nowhere near good enough. We’ve had a good run of games but we obviously played poorly adapting to conditions. We have to be better at coming through that tough situation.

“It’s a good reality check, probably, as a side, for where we’re at in international cricket.”

England’s troubles in the Caribbean may not be confined to this Test alone, however, if the workload that was forced on England’s senior bowlers, James Anderson and Ben Stokes, has knock-on effects for the second Test in Antigua, which gets underway next week.

Both men were forced back into the attack late in England’s innings due to the imbalance elsewhere in a bowling attack that Buttler admitted had been misjudged. And Stokes in particular ended up bowling 50 overs across both innings, the second time in his career he has had such a heavy workload in a single Test.

“It’s tough to get the ball out of his hand,” said Buttler. “He’s got such incredible skill and a massive heart, and he wants to be in the action all of the time. He’s an all-action cricketer. We have to manage his workload but it’s tough to do that when he just wants to keep going, he has an incredible level of fitness and desire to keep going.

“I think watching him train, everything he does [is 100 percent]. He has to manage it but he’s good at doing that. He has an incredible amount of energy. Of course the management and captain want to look after the players, especially someone like that, but try telling him not to be involved or to take a rest.”

For the remainder of the Test, however, it will be over to Stokes’ batting, and that of the rest of a chastened team, as they seek to build on the early efforts of Rory Burns and Keaton Jennings, and atone for their first-innings failings.

“It’s an opportunity for everyone one to 11,” said Buttler. “After the first innings, everyone is determined to have a much better showing. The two guys at the top are no different to anyone else, we all want to give a much better account of ourselves.

“We just have to take the 600 out of the out of the thought process,” he added. “Hour by hour, session by session, playing as well as you can and seeing where that gets you. It could be a daunting task, so we just have to break it down as much as we can.”