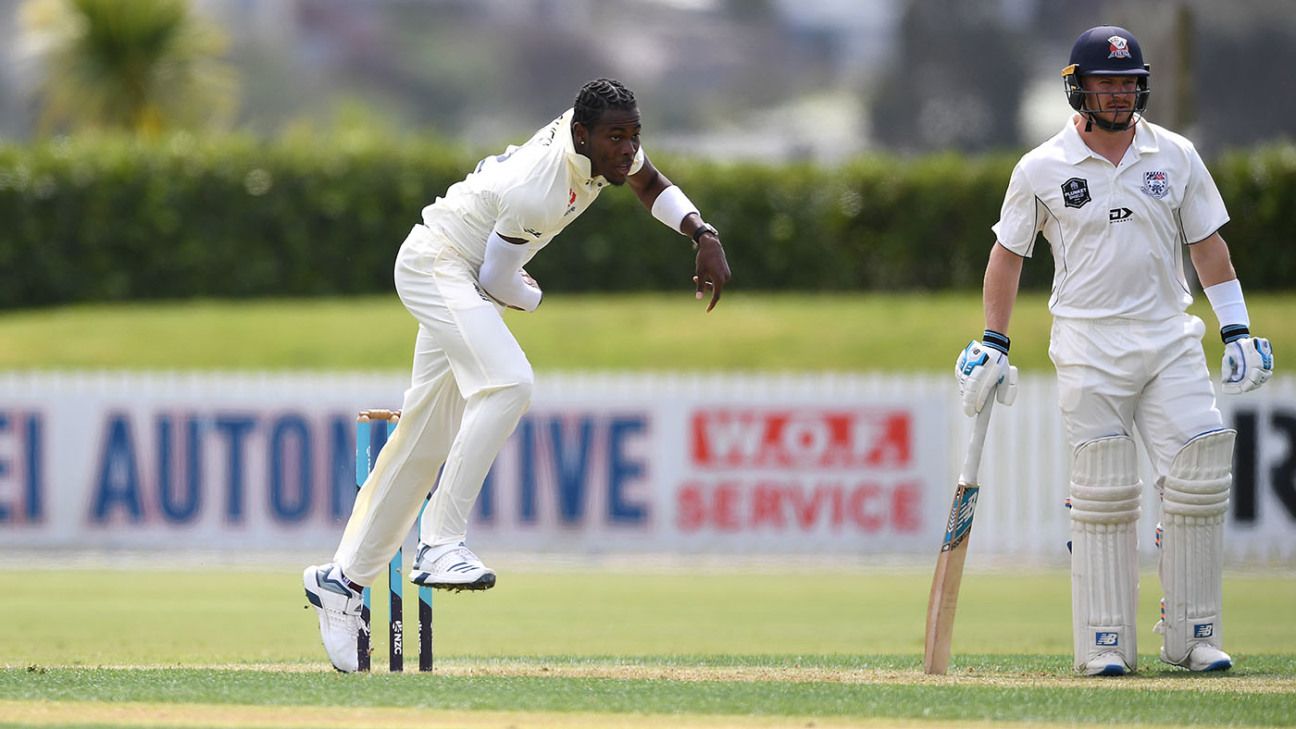 Glenn Phillips was left sporting several bruises and a very large smile after a memorable encounter with Jofra Archer on the first day of New Zealand A’s match against England.

Phillips, a top-order batsman with almost a dozen international caps behind him, made an impressive century in New Zealand A’s first innings and later declared the experience “the most fun you can have”.

It didn’t always look it. In one spell in the afternoon session, Archer delivered a succession of short balls that saw Phillips struck on the body several times and just avoid a blow to the head on several more.

To his credit, however, Phillips appeared to relish the challenge and could look back on the day with great satisfaction. But he was also full of respect for Archer, suggesting he was the quickest bowler he had faced.

“My goodness,” Phillips said. “That was the quickest I’ve faced in my life. The challenge was unbelievable.

“With Steve Smith getting hit a couple of months ago, it [the fear of injury] is in the back of your mind a bit as he’s running in a bit. But he’s not out there in trying to intentionally hurt anyone. It’s more a tactical thing. If you’re watching the ball, hopefully you should be OK. But if you happen to be in the wrong place at the wrong time…

“It’s the most fun you can have out there. There’s no point it being easy, especially when a guy is running in trying to take your head off. It might not be his wicket-taking ball, either. So the challenge is to make sure you survive and get out of the spell.

“The wicket flattened out quite nicely in the end so it was good to bat on. It was a lot of fun.”

Phillips and Archer had actually played against one another previously. In 2016, when Archer was just starting to make his way in the Sussex Second XI, Phillips was playing for MCC Young Cricketers. . On that occasion, he scored 24 in the first innings and 43 in the second with Archer unable to dismiss him on either occasion.

“He was all over me back then, too,” Phillips admitted. “He’s was probably as quick then as he is now, but there’s more spotlight on him now so people are understanding just how quick he is.

“What advice would I give to the New Zealand team if they ask? Just watch the ball as hard as you can. Like any bowler, he does give you bad balls. But he’s very accurate with his short-ball plan.”