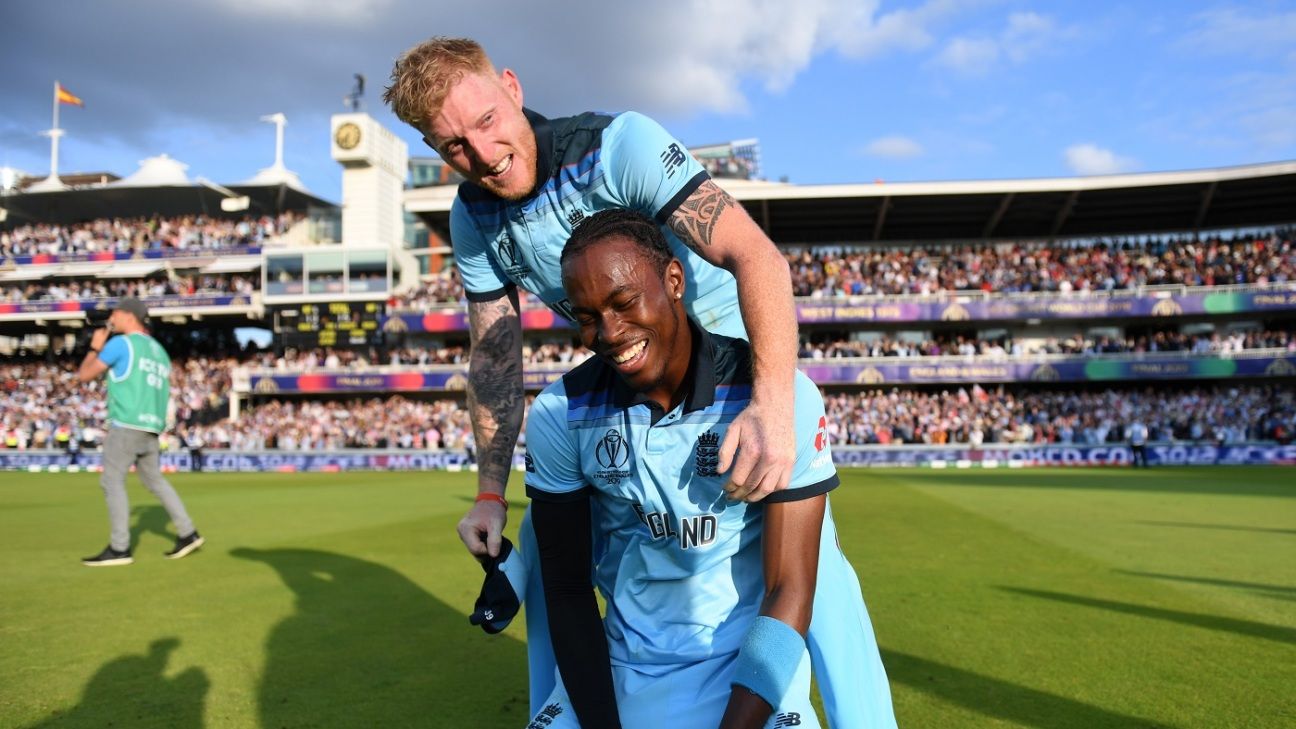 Jofra Archer is in line to make his Test debut against Australia during the Ashes after being named in England’s 14-man squad on the strength of his star turn for World Cup champion team.

Ben Stokes has been re-appointed England vice-captain, while Olly Stone was named in the squad as a fast-bowling option and Joe Denly was also included.

Archer, who revealed he had bowled in “excruciating” pain with a side strain throughout the second half of the World Cup, is in line to make his Test debut as part of a whirlwind summer which saw him play his first international match in May. He went on to take 20 World Cup wickets, a record for an England bowler in the tournament, which also saw him bowling the dramatic tied Super Over that enabled the hosts to win the title on boundary countback.

National Selector Ed Smith said while it was unusual to select a squad of 14 for a home Test, there were “compelling reasons” to do so in this case, given the demands of the recent World Cup campaign..

“Several bowlers are recovering from injuries or niggles,” Smith said. “In addition, some bowlers who played in the World Cup are being closely monitored to assess their preparation for Test match cricket.

“The wider circumstances – a successful home World Cup campaign followed so quickly by a home Ashes series – are unprecedented. It feels sensible to select an expanded squad and leave a number of bowling options open for the final team selection.”

Archer was involved in another tied match on the eve of England’s Ashes squad announcement, taking 2 for 21 for Sussex against Surrey in the Vitality Blast on Friday night, his return to action after taking a short post-World Cup break.

Also returning to the squad after resting from England’s one-off Test against Ireland are Jos Buttler and Ben Stokes. Jack Leach, who made 92 as nightwatchman against Ireland, missed out on an Ashes place but will train with the Test squad in the lead-up to the first Test, starting at Edgbaston on August 1.

James Anderson, who missed the Ireland Test as he continues his recovery from a calf injury was expected to be fit to face the Australians in the Ashes opener.

ECB Chairman Colin Graves approved Stokes’ reappointment as England vice-captain, the role he lost during investigations into the fight outside a Bristol night club in 2017, over which he was ultimately found not guilty of affray

Denly was called up after making his Test debut on England’s tour of West Indies in January but missing out on a World Cup place, and Stone earned his recall after playing against Ireland, having missed the tour of the Caribbean with a stress fracture in his back.

The squad will report for duty in Birmingham on Monday.