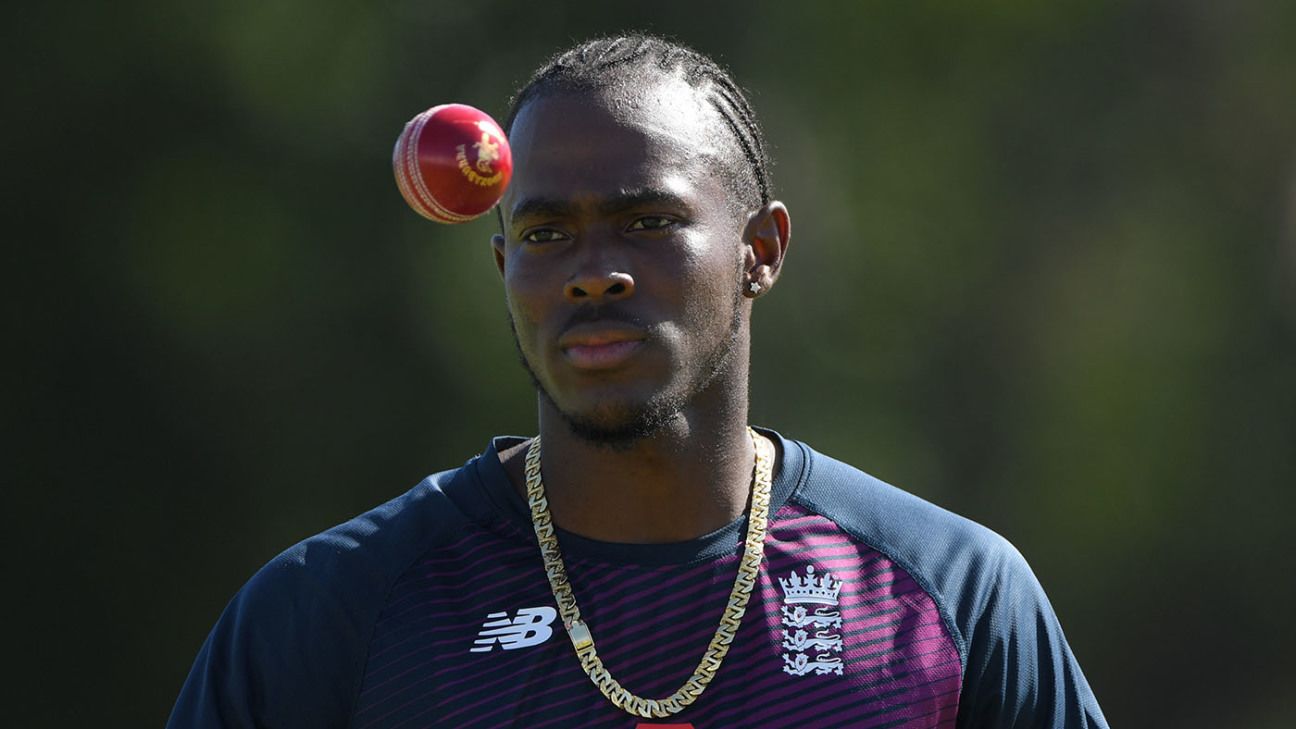 Jofra Archer has suggested that crowd noises should be played over the public address system if England play international cricket behind closed doors this summer to compensate for the lack of spectators.

England hope to return to some form of training before the end of the month, ahead of a potential start date of July 8 for a three-match Test series against West Indies. There are also Tests and T20Is scheduled against Pakistan, plus white-ball series against Ireland and Australia, but any fixtures are likely to be staged in ‘bio-secure’ conditions with no fans permitted.

Writing in his Daily Mail column, Archer suggested that the noise of a crowd is “one of those things you don’t realise how much you need until it’s gone”, and said that playing sounds and music in the ground could help “make it as normal as possible”.

“Playing in complete silence will take some getting used to, I would imagine,” he said, “so I think it might be useful to play some music, some simulations of a crowd, something to create an atmosphere.

“The best solution, if we do have to play behind closed doors, might be to have cheers and clapping when someone hits the ball for four or a wicket falls. These are the little things that will make it as normal as possible even though it won’t be a normal occasion.”

Archer said that his injured elbow – which ruled him out of all of England’s South Africa tour except the first Test, the scheduled tour of Sri Lanka and the planned window for the IPL – “feels fine”, but that he would “have to bowl seriously to really find out”.

With England expected to name squads of around 30 players to cover for potential illnesses and to allow for intra-squad practice games, Archer is certain to be called up, fitness permitting. That leaves open the prospect of nine weeks staying in an on-site hotel at Emirates Old Trafford or the Ageas Bowl, but Archer said there was nothing in a squad Zoom call with team medical staff that concerned him.

“I don’t want to get my hopes up too high, too soon, and won’t do until dates are actually penned in but personally there was nothing within what we were told that concerns me, really,” he said.

“While we have yet to be given a provisional date, we know that any anticipated start we do receive could be pushed back further into the summer and it has been stressed that the most important thing is the health of the players.

“So, I’d be very happy to undergo coronavirus and temperature tests daily. Obviously, if you got infected, you would have to leave the group. And the prospect of being all together in a hotel for several weeks does not bother me at all. I haven’t seen the guys in a while and I am sure it will feel more like a reunion than a term in prison.”