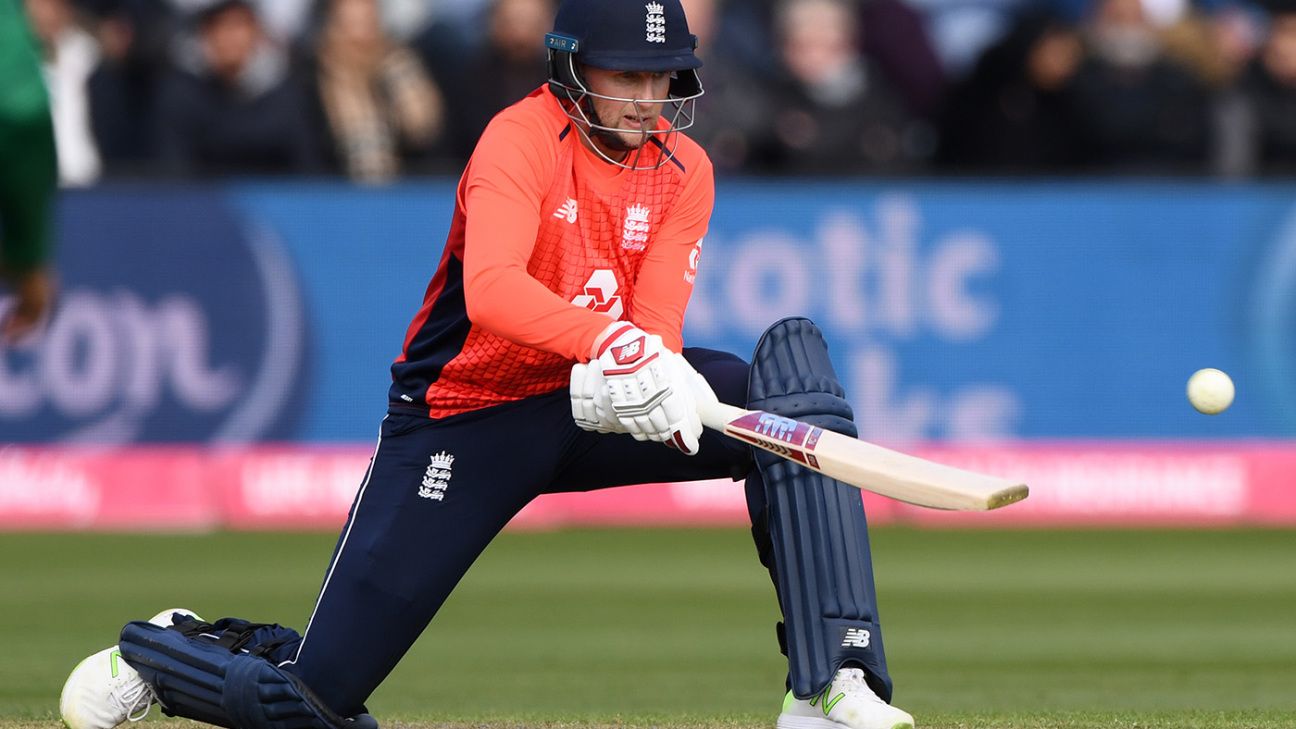 Joe Root has admitted he will have to be at the top of his game if he is to win a place in England’s side at next year’s T20 World Cup.

Root, England’s Test captain, accepts he could be “swept away and eaten up” by the emergence of younger players such as Tom Banton, but insisted he remains as keen as ever to play in all three formats of the international game.

With Root and other senior members of the England sides rested for the T20I series in New Zealand, Banton is among a number of young players who will have a chance to stake a claim for a prolonged run in the side. The T20 World Cup takes place in Australia next October and November.

“For me to get in to the T20I side, it will mean that I have to keep getting better,” Root said. “If someone like Tom Banton comes in and sets the world alight, I’ve got to try force him out in the limited opportunities I get to play.

“If that happens, it raises the standard of English cricket in that format. That’s the food chain that cricket is sometimes. You have to be at the top of it otherwise you get swept away and eaten up.”

Root’s T20I record is respectable. He made an unbeaten 90 in his first T20I innings, against Australia in 2013 – it remains his highest score in the format – and an impressive 54, top-scoring for England in the 2016 World T20 final. But he has reached 10 only twice in his most recent six T20I innings and, despite a healthy-looking average of 35.72 in the format (of England players to have enjoyed 20 innings in the format, only Kevin Pietersen’s average is higher), a strike rate of 126.30 places him only 14th on the list of England players to have featured in 20 matches.

He has also struggled for opportunities to work on his game in the format. While he did have an unremarkable spell at the last edition of the Big Bash, scoring 99 runs in seven innings with a best of 26 and an average of 14.14, he has generally either not been picked up by T20 franchise leagues or not been available to appear in them due to his schedule. He remains confident, however, that should he win a sustained opportunity to play T20 cricket, he can adapt to its demands.

“I obviously scored runs in the 2016 final and I’ve always felt that when I have had a block of that format, to really get stuck into it, I’ve generally done pretty well,” he said. “I felt that was the case with the last T20 World Cup. It took me a couple of warm-up games over a two-week period beforehand to really get back into it.

“But then once the tournament started, I found my way in, and felt like it was very similar to the one-day team where I knew how everyone else was going to play. Then you dovetail around them.

“I’ve got good experiences to call upon. I know what it’s like to have to perform in those scenarios.”

There will be those who suggest Root should accept he is not cut out for the T20 format and decide instead to concentrate on the other formats of the game. His Test average has fallen to 47.91, after all, and as captain to 40.81. A case could be made to suggest he had plenty on his plate without worrying about improving his T20 batting – not to mention grappling with a new format in the form of the Hundred.

But, while he acknowledged the importance of his Test form, Root was adamant that playing all formats will improve him as a batsman.

“I know how important it is that Test cricket is my main focus,” he said. “But as long as the other formats aren’t a distraction or taking away from what I can give to the Test team then I’ll always look to improve my game and put myself in as many situations and scenarios which I think will long-term help me as a player.”

To that end, he has already started to prepare for the Test team’s tour of New Zealand admitting he felt there were some technical issues to address by the time the Ashes series ended.

“I want to start the winter off with a bang,” he said. “I want to set a marker early in terms of going out to New Zealand and making big scores. I really want to try to lead from the front.

“I felt sometimes [in the summer] I was getting a little bit too off side of the ball and then as though I was trying to fight that. So if I can find something which feels very rhythmical, that’s a big part of how I bat well. Also if I am better aligned, I can access everywhere a lot easier.

“Four years ago is the last time I had a break as long as this and that was because I broke my thumb. So to have a block and a chance to spend some time working at certain technical things without the pressure of a game around the corner is invaluable really.”