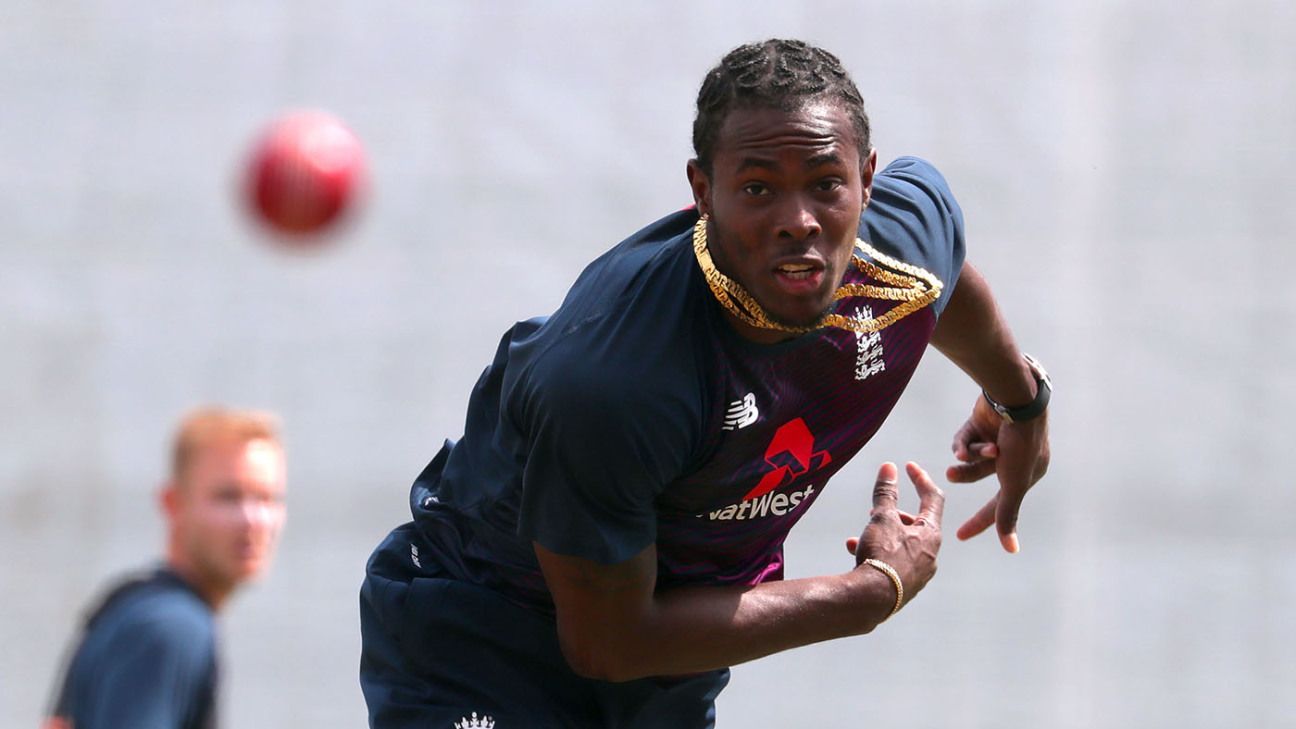 Joe Root has urged Jofra Archer not to underestimate his talent when facing the new challenge posed by New Zealand conditions in the upcoming Test series.

Speaking at Mount Maunganui ahead of the first of two Tests, Root backed Archer’s raw pace as a potential game-changer despite this being Archer’s first Test series outside of England and with the red Kookaburra ball.

“Knowing Jofra, he wants to see the ball moving sideways,” Root said. “But one thing he underestimates is his own talent sometimes and that pace through the air can be a quite a big skill in its own.

“I just want him to go and bowl and enjoy bowling, the different challenges that this part of the world will throw at him. I want him to come away from it learning there is more than one way of taking 20 wickets, he doesn’t have to be seaming or swinging it round corners, we’ve already seen hostile spells of bowling. Can he tailor that to these conditions? And make sure that he’s grown his wealth of knowledge on these types of pitches.

“He makes it look ridiculously easy with his action and the way he approaches the crease, the nature of his style … but to be able to bowl at that pace for a period of time is a skill in itself and I think he needs to understand that.”

Archer admitted in his Daily Mail column recently that he had never bowled with a red Kookaburra before the warm-up games in New Zealand and he was underwhelmed, saying, “it doesn’t hold its shine and gets very old, very fast”.

The pitch appeared a little green on Tuesday, two days out from the toss, although it was expected to deteriorate somewhat and offer more in the way of spin with Root already observing changes during the course of the day.

“It’s actually changed [in colour] quite drastically since this morning,” he said. “It will be interesting to see how that continues until the start of the game. There’s quite a lot of grass on it so am pretty open-minded about what to expect. I’ll have another look in the morning.”

Root also said that while he wanted Archer to develop his learning curve after playing four Tests so far – all of them during the Ashes – the England captain was still working out how to get the best out of his burgeoning fast-bowling star.

“One thing I have learned is that he has a huge hunger for wickets,” Root said. “He wants to be in the game and once you get the ball in his hand and he feels like he has something to offer, a bit like Jimmy [Anderson], he can be very hard to get it off.

“It’s a great trait to have and over this next period it’s about trying to manage that carefully, sensibly, to get the most out of him in that moment but also the longevity of a young man’s career who has that ability to change a game – you want him to bowl as many spells as possible over 90mph, not one a series or once in a blue moon. That’s something over time we’ll get better at.”

On the other hand, Root has the vastly experienced Stuart Broad to call upon within a pace attack also including Sam Curran and Ben Stokes.

“He has a wealth of knowledge in this part of the world, got a fantastic record with the new ball,” Root said of Broad. “He did well on the last tour – got five in one of the innings and caused a lot of problems. He’s full of confidence, and has got that in the back of his mind, and you always feel like he’s someone you can go to for control at different points throughout the game.”

Broad claimed 6 for 54 and 2 for 72 in the drawn second Test in Christchurch in 2018, the most recent of his seven Test appearances in New Zealand.

The first Test, starting on Thursday (10pm Wednesday UK time), marks England’s first with new head coach Chris Silverwood at the helm after he was promoted from his post as bowling coach to replace Trevor Bayliss at the end of the Ashes in September, with the express mission of regaining them in Australia during the next edition in in 2021-22.

“It’s married up nicely with him coming in as coach and does give that fresh feel, fresh start to the next couple of years,” Root said. “It’s a good chance to see where we’re at, more than anything, and for us as a bowling group to be quite creative and do things slightly differently to how we’ve done it before. And to grow as a side, come up with different ideas of how we’re going to get wickets when it does go flat.”