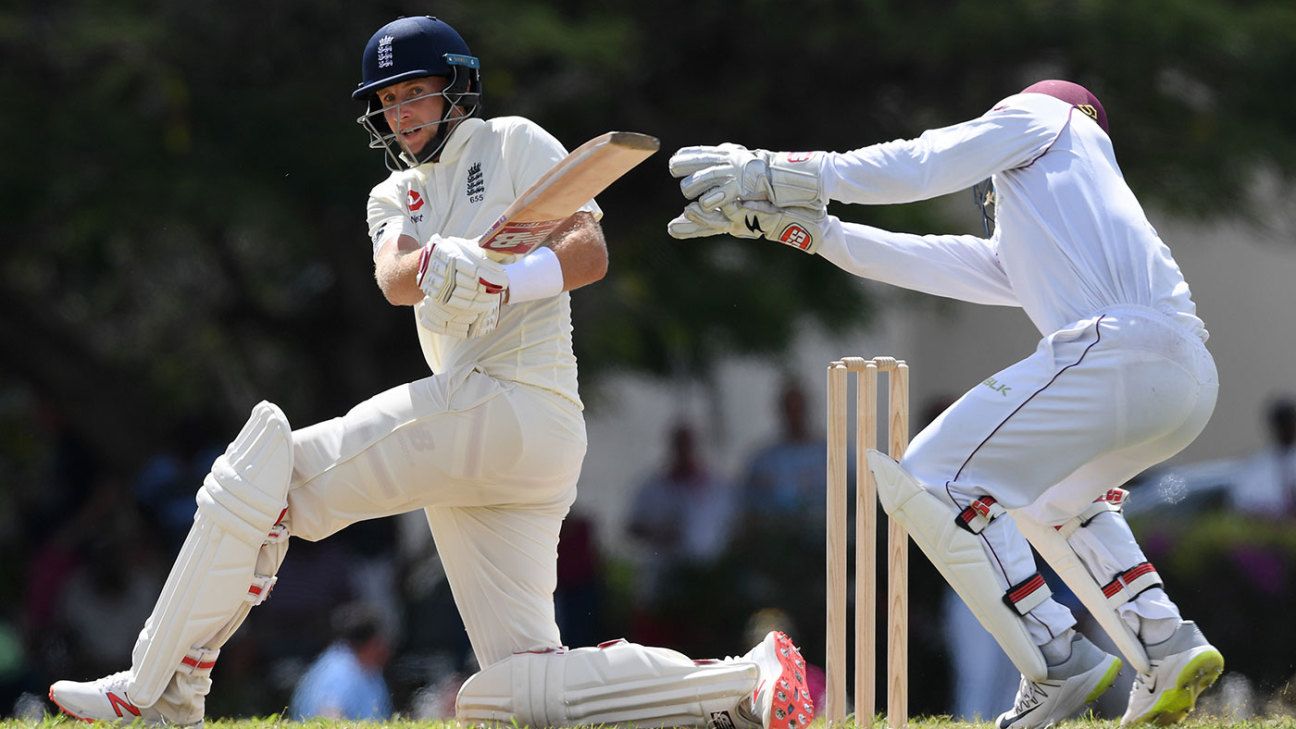 As the scorecard took on an unusual look – it was 284 for 10 when Keaton Jennings came out for a second bat of the innings – you couldn’t help but wonder what Sir Frank Worrell and Sir Clyde Walcott might make of it.

The graves of Worrell and Walcott overlook this attractive ground which bears their name – the final member of the Three Ws, Sir Everton Weekes, remains in fine fettle a month short of his 94th birthday – and remind of us a time when Caribbean cricket – Barbadian cricket, even – was the envy of the world. It remains incredible that this tiny island has produced so many great players.

But times have changed. Tour games like this, once an eagerly awaited opportunity for regional sides to show their worth in front of keen local support, are now little more than glorified training sessions.

And where once – not necessarily the days of the Three Ws, to be fair – Caribbean pitches were expected to provide pace and bounce, they are generally now sluggish and begrudging. West Indies are down at No. 8 in the Test rankings, too, just a point above Bangladesh.

You wonder if these pitches are, in part, responsible. For while the Caribbean still produces impressive fast bowlers – in this match, the pace and skill of Miguel Cummins, Alzarri Joseph and Chemar Holder promises plenty for the future – it must be harder for batsmen to develop when they cannot trust the pace or the bounce in the surface.

The one man who looked comfortable here was Joe Root. He may have struggled in the Big Bash – he managed a top score of 26 in seven innings – and he may have fallen short of a century once more but, on this two-paced surface – Rory Burns described it as “tacky” – with its desperately slow outfield, this represented a fine effort.

While none of his teammates even hinted at fluency, Root scored at a run a ball and produced a range of stroke that found gaps in the field. Twice he skipped down the pitch to loft sixes over the offspinner, Bryan Charles, while Holder, a 20-year-old fast bowler who could have a bright future, was cut – or guided – for three fours in an over when he dropped short. Many more times, he created runs with his movement in the crease, his quick wrists, turning balls into gaps. He never seemed to hurry, but he scored almost double the pace of his colleagues.

The other top-order batsmen to impress were Rory Burns and Ben Stokes. While neither were fluent, they demonstrated patience and technique in each resisting for over two hours. And if Burns may be frustrated with his dismissal, playing across a straight one, he could be consoled by the disciplined manner he negated this deserving new-ball attack.

The dangers of trying to force the pace on such a surface were demonstrated by Jonny Bairstow. Having survived several nervous moments before getting off the mark – he eventually did so with a thick outside edge as he pushed at one off the back foot – he was frustrated into a furious, footless drive that resulted in an edge to the keeper.

Impatience was responsible for several of the other wickets. Stokes, who was admirably patient until reaching his 87-ball 50, and Moeen both fell trying to drag short balls into the leg side – Charles was somewhat flattered by his bowling figures though he improved as the day wore on – while Root top-edged a sweep. Jennings had earlier popped a bat-pad catch up to short-leg off his inside edge while at the other end of the day Sam Curran fenced at a short one, Ben Foakes was brilliantly taken by Jahmar Hamilton, who looks a good quality keeper, after edging one that left him, while Jack Leach edged a decent offbreak.

While some spectators were disappointed by the nature of the contest, it is the way of the modern world and its unrelenting schedules. As things stand, it appears England will play the top seven that is playing here with the addition of Jos Buttler forcing Moeen Ali down to No. 8. And, with the Barbados pitch expected – maybe ‘hoped’ would be the more appropriate word – to provide some life for seamers, England look likely to play at least three fast bowlers (James Anderson, Stuart Broad and Stokes) with the final selection coming down to a choice between the left-arm swing of Curran or the left-arm spin of Leach.

That means Chris Woakes, Olly Stone, Joe Denly and Adil Rashid could be set for a frustrating tour. Woakes did provide a reminder of his value with a typically effective innings late in the day, though, and much could happen in the three days of warm-up cricket that is to follow. England will also bat first in the second warm-up match starting here on Thursday to ensure they don’t spend 180 overs in succession in the field.