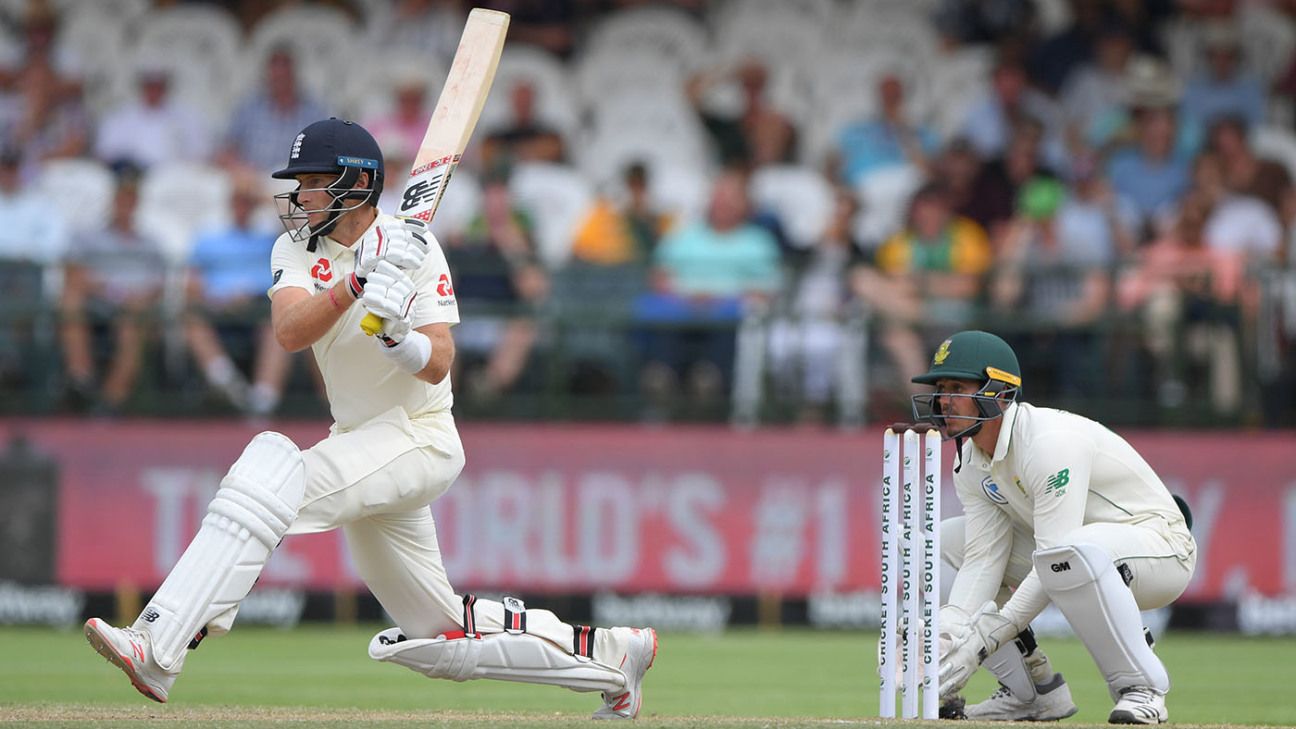 Joe Root has been forced to miss training in Port Elizabeth on Sunday due to illness, ahead of next week’s third Test against South Africa.

The England captain is the latest member of the squad to be struck down on a tour that has been dogged by illness and injury. It is unclear at this stage whether the episode is related to the sickness bug that decimated the team during the first Test but, bearing in mind how persistent and contagious that proved, the management will be taking every precaution in ensuring no cross contamination.

As things stand, they are hopeful Root will be able to train as normal on Monday.

There was better news for England with the sight of Mark Wood and Jofra Archer bowling in the nets. Wood appeared to bowl at full pace and is clearly close to match fitness, while Archer remains just a bit tentative.

With both men remaining doubtful for the Port Elizabeth Test, however, and James Anderson having returned to home due to injury, Chris Woakes could well be in line for a recall. He batted and bowled without issue on Sunday.

Meanwhile, Jos Buttler has issued an apology after stump mics caught him swearing angrily at South Africa’s Vernon Philander during the Cape Town Test. Buttler was subsequently fined 15% of his match fee while one demerit point was added to his record by the ICC.

“I’d like to apologise,” Archer told the BBC. “I understand that’s not the way to behave. I take the slap on the wrists and move on. I fully understand that as role models we have a duty to behave in a certain way.

“Sometimes it’s just one of those things: the heat of the moment and a bit of red mist. It’s all done so hopefully it can be swept under the carpet and we move on. The two games have been played in great spirit. They’ve been hard fought games and the series is set up well at 1-1.”

But while Buttler accepted that stump mics add to the “viewing experience”, he does have reservations about them.

“In Test cricket there are lots of high emotions at times and things can be said that don’t necessarily mean anything,” Buttler said. “But for viewers at home it can come across very poorly. It’s a tough one.

“We understand the stump mics and being able to hear what goes on adds to the viewing experience but we also like that what goes on the field to stay on the field that things said aren’t necessarily heard by everyone at home. I’m sure it’s up for debate.”