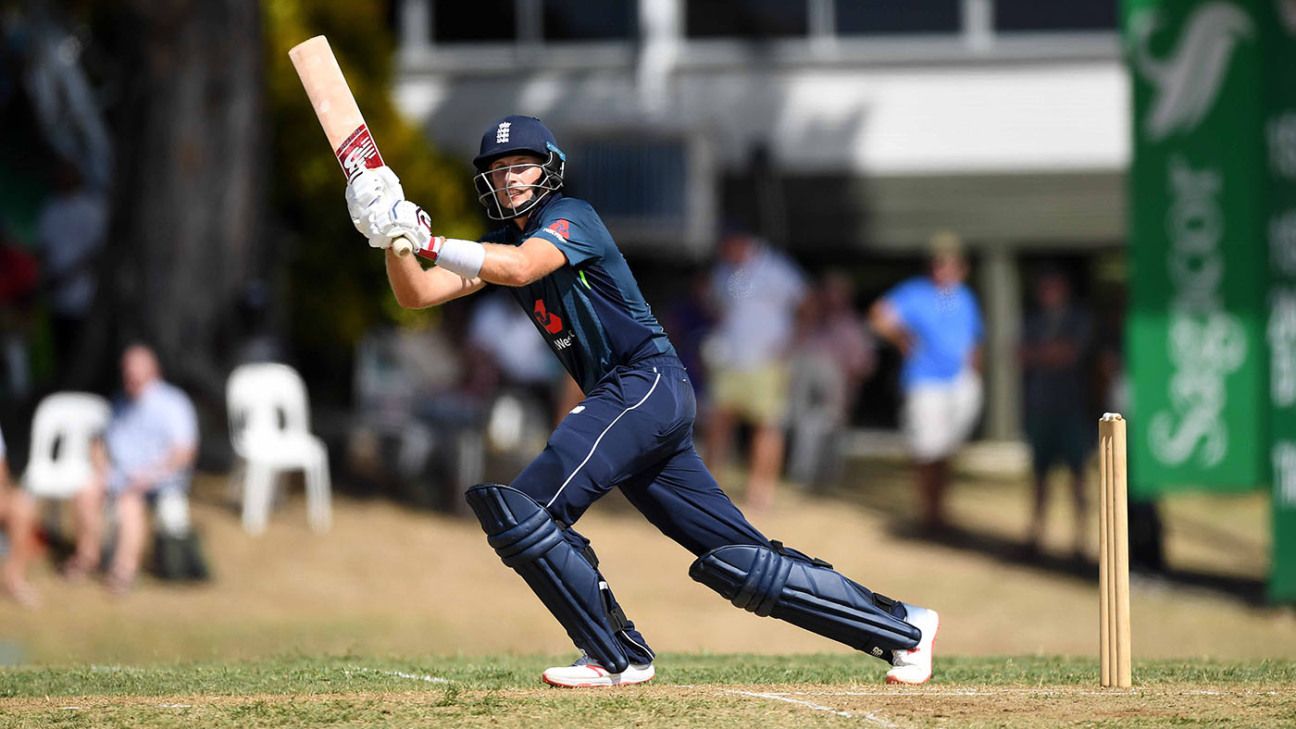 If England required any extra inspiration ahead of what could be a momentous summer, the sight of three true greats of West Indies cricket being honoured between innings of this game showed, perhaps, what might be achieved.

While it may be stretching a point to suggest England’s players could finish their careers with reputations quite as high as these three – Sir Everton Weekes, Sir Wes Hall and Sir Garfield Sobers really do represent the best of the best – it is probably fair to suggest that winning the World Cup would ensure this team’s place in their nation’s cricketing folklore. Like Weekes and co. it may prove a success that sustains even 50 years after their careers have finished. Whatever they achieve in the rest of their lives, it would probably be mentioned in the first sentence of their obituaries.

This match – against the not especially catchily named University of West Indies’ Vice-Chancellor’s XI – represented England’s first List A game in a run of white-ball cricket that now lasts until mid-July.

It’s hard to know what to read into such games. A few weeks ago, England annihilated a strong-looking side in two warm-up games ahead of the Test series; it didn’t prove an especially accurate indicator of their readiness.

But the fact that Jason Roy and Joe Root both made centuries – the former from 78-balls; the latter from 74 – the fact that the spinners took wickets, that Mark Wood bowled with pace and Chris Woakes returned to action with a well-controlled spell, all boded well. The crushing margin of victory – 171 runs – underlined the chasm between the sides.

There was some modest bowling and there were some dropped catches. Roy was missed on 45 and Root on 77, but the manner in which both of them managed to score freely on a sluggish wicket was encouraging. Jonny Bairstow, while not quite as fluent, took advantage of being dropped on nine to make 46 and later completed two neat stumpings.

Alex Hales missed out, however. Only playing as Jos Buttler had been rested, Hales was unable to apply pressure on any of the incumbents as he clipped one to square leg without scoring. Eoin Morgan, meanwhile, was run out responding to Root’s call, Ben Stokes pulled a long-hop to long-on and Moeen Ali was bamboozled by Obed McCoy’s excellent slower ball.

There might be just a little concern over Liam Plunkett, though. He did not, by any means, bowl poorly and came back pretty well after an expensive start. But he appears to be struggling to generate the pace that once seemed to come fairly easily and, without it, those back of the length cutters do not offer quite such sharp variation. He will be 34 by the time the World Cup starts and, with the likes of Tom Curran and, indeed, Jofra Archer – pushing for selection, his position as an automatic selection may be in some jeopardy. He goes into this series with just a bit to prove.

Wood’s selection is not certain, either. But here he showed the value his pace can offer by first hitting Kjorn Ottley with a short ball and then dismissing him flapping at another one. Later Wood also had his brother, Yannick Ottley, caught hooking a short-ball to deep square leg.

Woakes’ return was also encouraging. He has endured a frustrating tour, missing all three of the Tests due to a long-standing knee problem, but showed his value here by bowling a tight new-ball spell and then returning to nail yorker after yorker. He might be the most irreplaceable bowler in this England side.

Meanwhile, an England supporter who was hit in the face by a six hit by Moeen – they had tried to catch it, only for the ball to burst through their hands – was said to be no more than uncomfortable by the end of the game. The England team doctor was among those to offer assistance at the time, with the amount of blood causing some alarm. While the spectator will have quite a bruise, they are not understood to have sustained a serious injury.