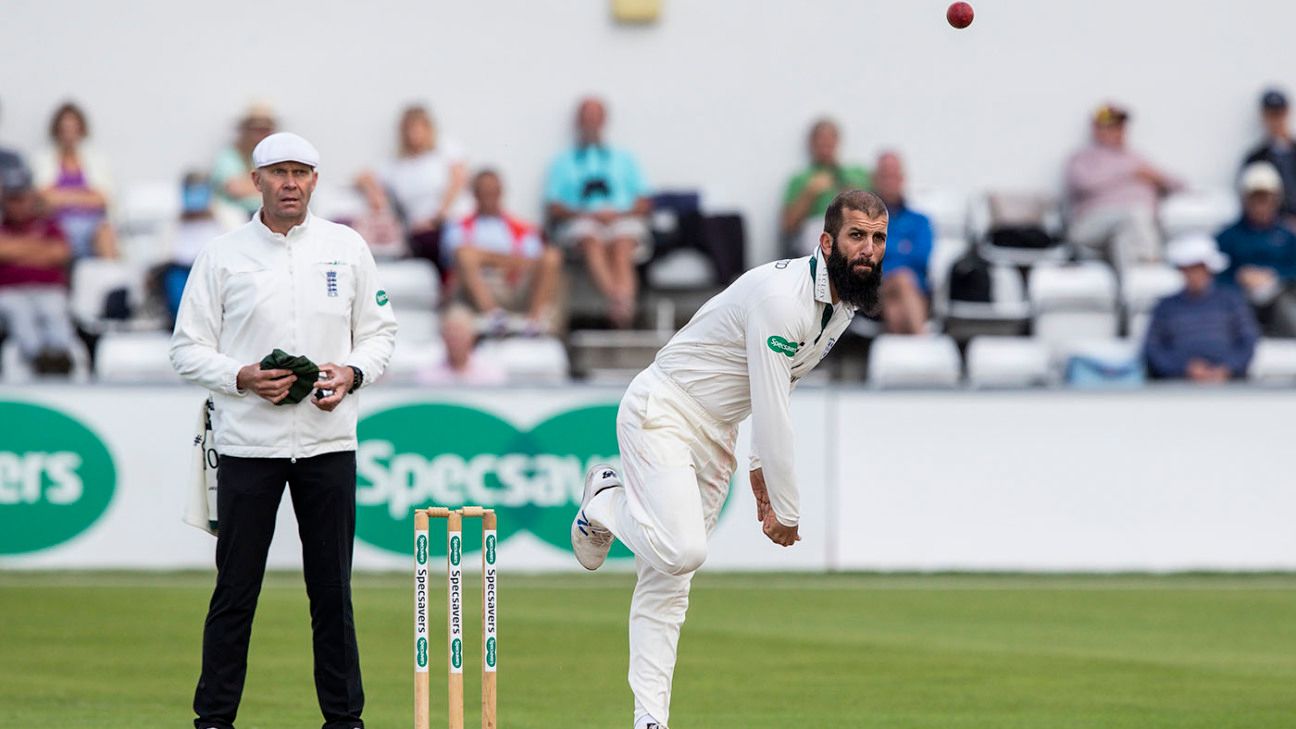 Joe Root has suggested Moeen Ali could be recalled to the England Test squad for the tour of South Africa.

Moeen had requested for an indefinite break from Test cricket after a draining summer which ended with him being dropped from the Test side and given only a white-ball central contract.

But the England management remains acutely aware of Moeen’s potential value to the team as a spin-bowling allrounder and Root confirmed they were “very open” to his return. As a result, a conversation between the team management and Moeen will take place in the next couple of weeks to assess his readiness to return.

“I see Moeen as someone who can offer a huge amount to this team,” Root said ahead of England’s first Test of their New Zealand tour. “He made a decision he wanted a bit of a break from Test cricket and sometimes you do need that. You need to freshen your mind up to keep that hunger and desire.

“We’ll have that conversation with him again, probably in the next couple of weeks. If he is in that [good] place he always adds value to our team. When he’s on form and playing well he offers so much and adds a different dimension to our playing group. He’s got to be comfortable and ready to come back to Test cricket but we’re very open to that, for sure.”

Moeen’s return would probably be bad news for Jack Leach. But if, as expected, James Anderson returns to the Test team in South Africa, England may be concerned by the length of a tail which could start at No. 8 and consist of Jofra Archer, Stuart Broad, Anderson and Leach.

In the end, it may well depend on how Leach fares in New Zealand. He struggled for penetration in the warm-up matches – he has taken one wicket in 56 overs so far on the tour – but provided good control in conceding just 2.15 runs per over in the first innings and 2.46 in the second of the match against New Zealand A. He also enjoyed a more than respectable Ashes series, claiming 12 wickets at a cost of 25.83 apiece.

He has proved a determined lower-order batsman, too. As well as scoring 92 against Ireland at Lord’s, he provided fine support to Ben Stokes as England put on 76 for the final wicket to win the dramatic Test at Headingley.

The issue with Moeen is the difference, at times, between his potential and his performance. At his best, Moeen, with five Test centuries, is a fine batsman. But in his final months in the side, he was unrecognisable from the player he had been. He has not scored a Test century in 43 innings since 2016 and, since the start of the Sri Lanka tour almost exactly a year ago, has averaged 11.20 in eight Tests. In that time he was dismissed for a duck five times and passed 13 only three times.

At the time he was dropped, however, he was the top Test wicket-taker in the world over the previous 12-months having finished both the Sri Lanka and the West Indies tours as England’s leading wicket-taker, though in Sri Lanka Leach took the same number. And while there are times he can be expensive, he has now claimed 181 Test wickets at a better strike rate (60.60) than that achieved by those perceived as England’s former great spinners such as Derek Underwood (73.60), Jim Laker (62.30), Hedley Verity (77.50) or Fred Titmus (98.80). Graeme Swann, by comparison, had a strike rate of 60.10.

In recent weeks, Moeen has been playing T20 and T10 cricket in South Africa and the UAE. But it will be his mental state the England management want to assess and, if they are convinced he is refreshed and energised for a return, it may well prove hard to leave him out of the Test squad. With a T20 World Cup in less than a year, Moeen is almost certain to return to the England squads for the limited-overs section of the tour.

Root also suggested Mark Wood and Anderson should be in contention for selection for South Africa. Both were ruled out of the New Zealand series due to injuries – they both missed almost the entire Ashes series, too – but they have stepped up their rehabilitation in recent days and are currently bowling outdoors in Spain. Both bowlers are also part of a training squad heading to Potchefstroom at the start of December.

“They very much have a chance to push for selection,” Root said. “They are working very hard and getting overs in their legs outside. They’re currently in Spain and they’ll go out to Potch to further that fitness. Hopefully, by the end of this tour when it comes round to selection, we’ll have a lot more information on whether they are fit and available for selection.

“In the last couple of years Jimmy has probably been at his peak. He’s still finding ways to exploit conditions, take wickets and lead the attack. His desire and hunger and the way he’s going about his rehab just shows how desperate he is to keep playing.”