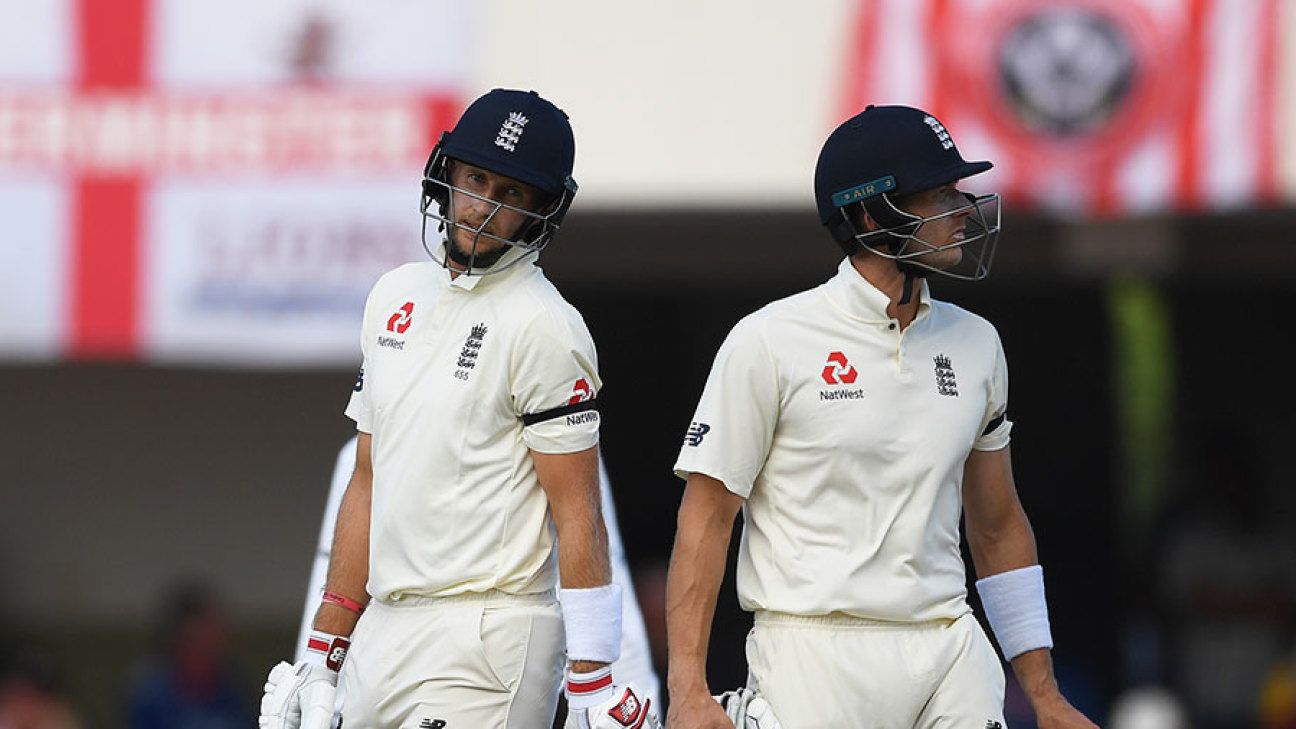 Joe Root has warned his batsman that they must take personal responsibility for their failures in the Caribbean, after England collapsed in ignominious fashion once again in Antigua to hand West Indies a ten-wicket victory, and an unassailable 2-0 series lead, with two days to spare in the second Test.

Root himself cannot be excused from such self-reflection, having made just 40 runs in four innings to date – albeit with some notable moments of misfortune, in particular the good-length snorter with which Alzarri Joseph dismissed him on the first day in Antigua.

But, speaking at the end of a chastening day, he admitted that his team might be forced to “go about things slightly differently in the future”, after the policy of positive intent in adversity that had proved so successful in Sri Lanka before Christmas came unstuck in spectacular fashion against a committed, varied and aggressive four-man pace attack.

“It’s very disappointing,” Root said. “We came here to win and to find ourselves out of it with a game to go is hard to take. We have been outplayed, outperformed and we have to take that on the chin.”

England’s downfall was all the more damning given the manner in which West Indies grafted in their first – and only significant – innings. With Kraigg Brathwaite and Darren Bravo epitomising their determination – Bravo’s 215-ball half century was the slowest ever made by a West Indian in Test history – they ground out a priceless lead of 119 on a pitch that proved tricky for players on both sides, but on which England’s expansive strokeplayers had no answer.

“We have to learn some lessons,” said Root. “The way they went about stuff in certain areas has been very skilled, especially how they batted yesterday against some very high skilled bowling. That was frustrating. We felt unlucky. It’s not an excuse, they managed to find a way to a good score on that surface.

Asked if any players in England’s line-up would be capable of emulating Bravo’s sheet-anchor application, Root said: “I think a number of guys can, I’d like to think I can. I felt unfortunate not to make a big contribution and when experienced players aren’t making scores over fifty, it makes it very difficult for the rest of the guys around them.”

With the match finishing two days early, it seems highly likely that England will be sent back to the nets in the coming days, with the influence of the head coach Trevor Bayliss and batting coach Mark Ramprakash sure to come under further scrutiny ahead of Saturday’s third Test in St Lucia. Having harboured ambitions of using this tour to enhance their claims to the Test No.1 status, England will enter that match facing the very real possibility of a 3-0 series defeat that would have echoes of the famous “Blackwash” series of the mid-1980s.

“I think we have got to be better at what we do, or maybe do things slightly differently,” said Root. “The choice comes down to the individual. I can’t bat for 11 guys, neither can Trevor or Ramps. The responsibility is down to the individual. But we will stick together and work on it as a group and try and come back with a really strong response in St Lucia.”

After being rolled aside for 77 in the first innings of the series in Barbados, England’s batting was arguably even more feeble on the third afternoon in Antigua, as they lost all ten wickets for 97 runs in the space of 30 overs – four bowled and three lbw, as West Indies’ quicks concentrated on line and length and waited for the errors to come.

“There were a couple of disappointing dismissals that guys will have to look at individually,” said Root. “But on a surface like that you have to commit to whatever decision you make. As a side they tried to absorb pressure but, when they went to hit boundaries, they gave it everything. Having that balance is important.

“I think they played better than us, exploited the surfaces and we haven’t scored enough runs. It’s very easy to sum us up and say we’re a bad side after two games, having played so well for a period. We have to make sure we respond quickly and finish this tour on a high.”