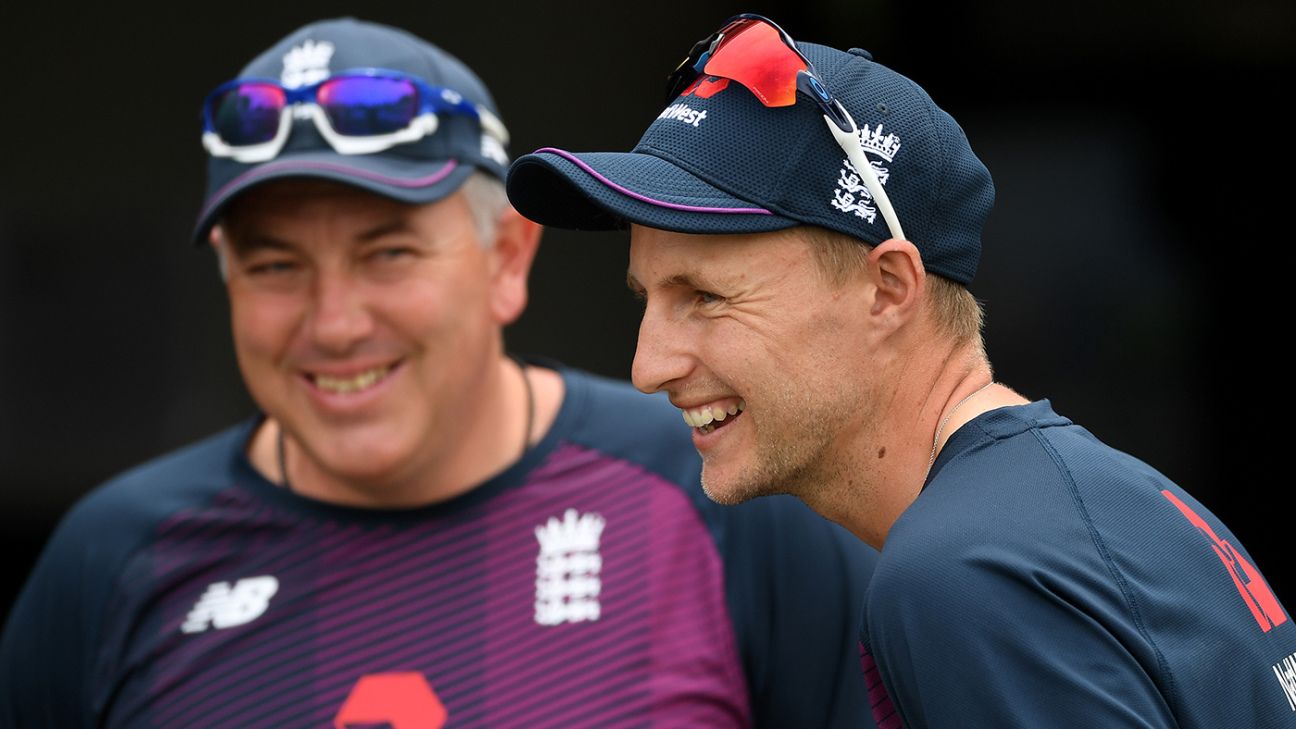 Joe Root has advocated the use of the Kookaburra ball for half of the County Championship season and an increase in the value of batting bonus points.

A switch from the current Dukes ball, which has a more prominent seam and favours old-fashioned swing bowlers, to a Kookaburra for some rounds of Championship games was discussed by the ECB’s Cricket Committee at the end of 2019, but no change has been made ahead of the upcoming season.

But in an interview with the Daily Telegraph, Root suggested that a change to the status quo in the county game “would be great” for England’s Test team, in helping to close the gap between the Championship and international cricket.

“I would like to see a few big changes in county cricket to benefit the Test team,” Root said. “There are things we won’t be able to change, like when the games are going to be played. That is going to be a struggle with the Hundred coming in and T20 Blast not moving.

“But things like using the Kookaburra ball for half a season. It is a flat seam, does not stay as hard for as long, so our bowlers get used to bowling with something that does not do as much. Batters get used to that style of cricket, which can be slow and attritional at times.”

The Kookaburra is used in the majority of Test-playing countries, with India (SG), England, Ireland and West Indies (Dukes) the exceptions. In 2016, Cricket Australia mandated the use of a Dukes ball for the post-Big Bash part of the Sheffield Shield season, in an attempt to familiarise their players with the ball ahead of future Ashes tours.

As Test captain, Root is among the most influential players in the English game, so his intervention could be significant. Saqib Mahmood, the Lancashire seamer, has previously called for the use of the Kookaburra for some rounds of games, while Ashley Giles, the ECB’s managing director for men’s cricket, told the Times that it was an issue that “we should get our heads round” in 2020, but Root is the most high-profile figure to come out in support of a change.

“We have a clear plan of how we want to go about playing, which is different to before”

During England’s 1-0 defeat in New Zealand at the end of last year, Jos Buttler and Joe Denly both called for better pitches in county cricket in order to give batsmen more experience batting for long periods of time, and Giles has been keen to emphasise that he is hoping that can be achieved.

As reported by ESPNcricinfo, the ‘uncontested toss’ rule that had been introduced ahead of the 2016 season will be scrapped next year in order to encourage a better difference between bat and ball, a change which has since been approved by the ECB board.

But Root, who is likely to play at least five early-season Championship games for Yorkshire on account of his non-involvement in the IPL and a later start to England’s international summer, suggested that doubling the number of batting bonus points on offer would help prolong games and bring spinners into play.

Currently, teams receive one batting bonus point for scoring more than 200 runs in the first 110 overs of their first innings in the Championship, with an extra bonus point for every 50 additional runs up to a maximum of five points for a score of 400 or more. In Division One last season, the top two teams – Essex and Somerset – compiled 26 and 25 bonus points respectively, with sixth-placed Surrey managing 33 and Warwickshire in seventh managing 26.

“Incentivising batting and scoring big runs I would like to see,” Root said, “so perhaps doubling batting bonus points which in turn will bring spinners into the game because the matches will last longer.

“Anything to prolong games and incentivise bowlers in particular to be more skilful and encourage them to bowl fast, or really accurate, have good reverse-swing skills that can travel well in Australia and Asia, would be great for us.”

Root also admitted that England “did not prepare for the Tests as well as we should have done last summer,” highlighting the fact that some players only played one red-ball game between the end of their series in the Caribbean in February and the start of the Ashes in August.

But he stressed that things “feel different now”, having sat down with Giles and head coach Chris Silverwood to map out the 18 Tests that England play before the start of the 2021-22 Ashes series, a campaign that they have made a point of publicly targeting.

“The thing about playing well there is because the wickets are flatter, the ball does not do as much, so performing well in Australia carries well everywhere in the world,” he explained.

“That is why for a lot of the time they have been a successful team in Test cricket, because in Australian conditions it is so difficult to take 20 wickets, batters get used to scoring big hundreds, teams are used to scoreboard pressure when batting second and staring at 500-run leads, so over a period of time they have got used to playing that Test-style of cricket.

“If we can shape a model of how we want to play in Australia – big first-innings scores and not always picking our best players but picking the best players for certain positions. I think that is a big part of it.

“We have a clear plan of how we want to go about playing, which is different to before. We felt for a while it could get a bit muddled, which was down to the interpretation by individual players rather than a really clear method that everyone could fall into line with.”