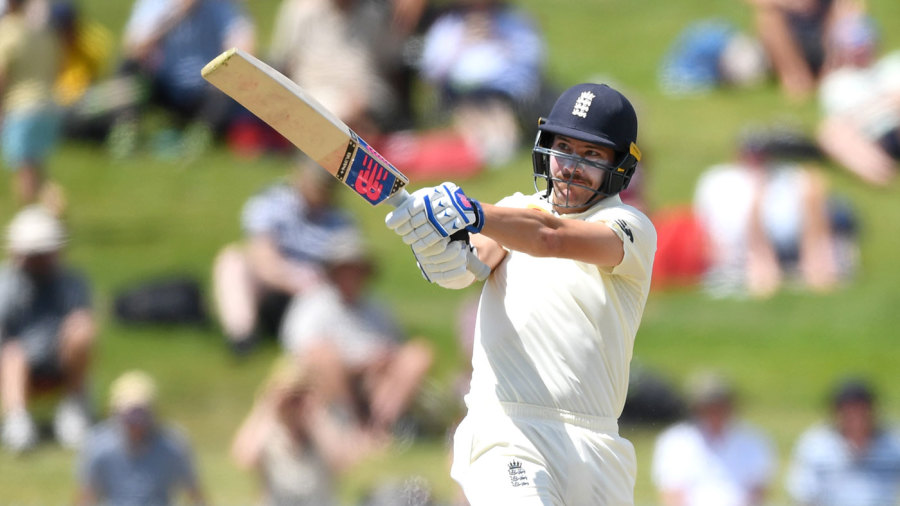 “Bat big, bat once,” had been Stuart Broad’s exhortation on the second evening at Hamilton, after England’s frazzled batsmen had retreated to the pavilion following a torrid evening examination from New Zealand’s seam attack.

And sure enough, that rallying cry appeared to have hit home by lunch on the third day, as Rory Burns and Joe Root batted with a new-found conviction to raise a steadying 118-run stand for the third wicket and reduce their first-innings deficit to 233.

There’s a long way to go yet, and with New Zealand’s dead-deck specialist Neil Wagner still mixing up his methods in an attempt to force an opening, any opening, runs on the board remain a precious commodity for the hosts.

And yet, after the drama of their second evening – during which time Burns had been dropped twice and Root had been forced to play at pretty much every delivery that came his way – England’s progress up until lunch was as close to serene as it has been all tour long.

A good night’s sleep helped, no doubt, as both men rested up after 124 arduous overs in the field. But the pitch too appeared to have eased after noticeably quickening up in the latter stages of New Zealand’s innings.

New Zealand v England is available in the US on ESPN+. Subscribe to ESPN+ and tune in to the Test series.

Both men got an early measure of the conditions with open-faced steers through the third-man boundary in Matt Henry’s first over of the morning, a pair of shots that confirmed the true nature of the bounce.

It took the introduction of Wagner and his left-arm bouncing bombs to cause even a moment’s indecision for either man, as Burns discovered when a wild bouncer flicked his shoulder and flew away for leg-side byes.

Burns then wore another Wagner short ball in the chest as he dropped his gloves out of harm’s way, before splicing another bumper out of the reach of leg gully. But these moments were the exceptions rather than the rule in a solid morning’s work from both not-out men.

In particular, they both grew in stature on the pull shot, as they gauged the lack of pace in the deck and duly seized on anything short. Burns climbed into consecutive Wagner short balls to rush into the 40s, and though he got away with a splice to no-man’s land off Daryl Mitchell’s medium pace, his half-century duly arrived two balls before the drinks break, from 97 balls.

Root at the other end was made to wait rather longer for his landmark, but he won’t have minded that, for time at the crease was every bit as important for an England captain who has been feeling the pressure like never before in the days since the Mount Maunganui rout.

The early overs of his innings were a battle for balance, as he challenged himself to get his feet moving in synch with the rest of his technique, but as the lunch break approached he was looking like the compact world-beater of old – even if he needed a successful review on 47 to save himself from a leg-side strangle that replays showed had clipped pad not bat.

With that alarm behind him, Root picked off another of his bread-and-butter leg-side singles to bring up a hard-earned fifty. It was his fifth in his last seven Tests, a stat which puts some of his recent struggles into context, but not since the tour of the Caribbean in February has he pressed on to a century. There’s no time like the present with his team needing him to carry on leading from the front.