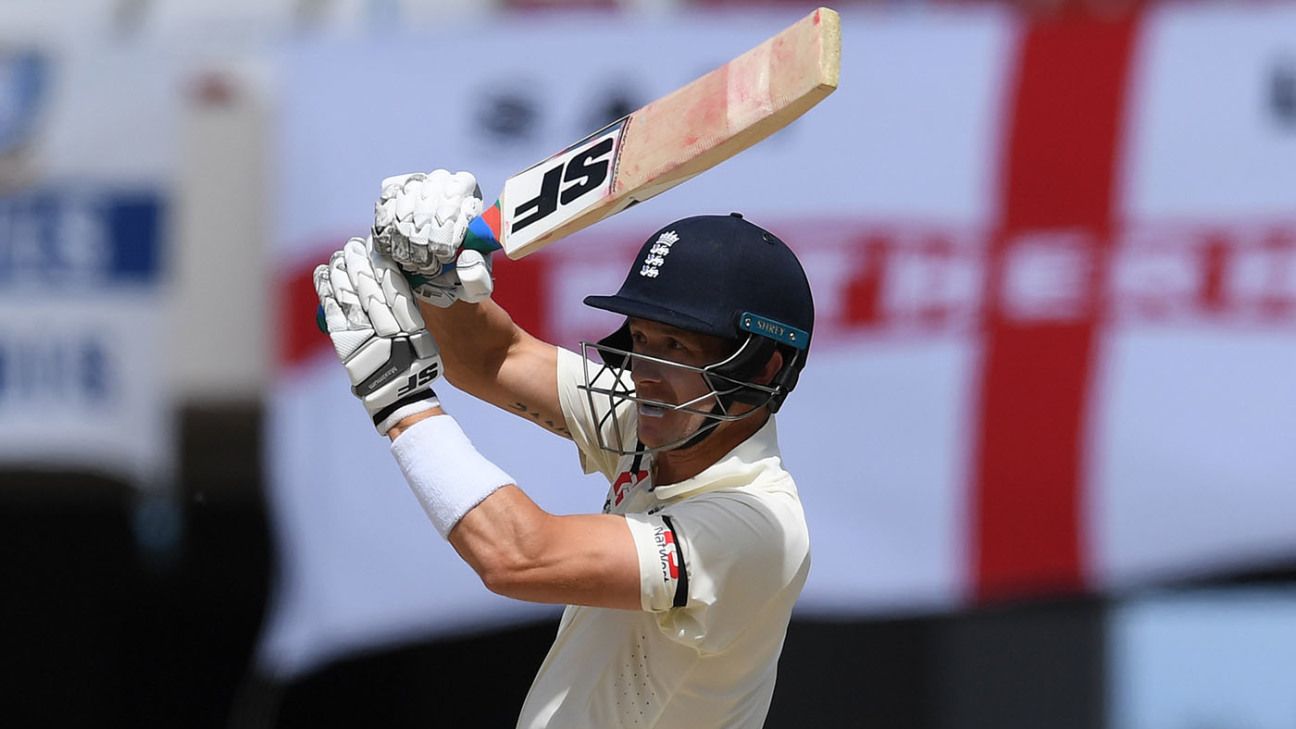 Joe Denly has admitted the prospect of earning a spot in England’s Ashes team is hard to ignore.

Denly made his Test debut in Antigua becoming, aged 32, England’s oldest debutant since Alan Wells in 1995. While he didn’t enjoy the best of games, scoring 6 and 17 as England succumbed to a 10-wicket defeat inside three days, he seems certain to play in St Lucia, giving him another chance to show he can prosper at this level.

While the Ashes does not start for six months, there is only one Test between this tour and that series – a four-day match against Ireland – and any success achieved now could establish him as the incumbent. So while Denly knows his focus has to be on the next game, he conceded the lure of the Ashes is pretty irresistible for a man who had all but given up any Test ambitions not so long ago.

“Playing in an Ashes series is an absolute dream and I’d be lying if I said I wasn’t thinking about it a little bit,” Denly said. “I hope the selectors see a future in me opening the batting in Test cricket.

“These two Tests are a great opportunity for me to try and make that position mine. There’s a lot of time before the next Test in England but this Test coming up is a great chance to get a score and make myself a realistic option for them going into the summer.

“But my focus has to be on the next game. It’s important not to think about it [the Ashes] as much as possible and have a real focus on trying to get a score in this next Test. I have to prove to those guys who think I am a stopgap or makeshift opener that I have got a future as an opener in Test cricket.”

Those doubts are understandable, though. Denly has not opened in Championship cricket for three-and-a-half years and, while most of the West Indies seam attack has experience in England, the step up from batting at No. 3 in Division Two of the County Championship to opening on a tricky surface was demanding.

It wasn’t the most convincing performance, either. He was dropped on nought in the second innings and admits he was fortunate to survive a leg-before decision before he had scored in the first. He was ultimately caught behind off a wide long-hop in the first and bowled leaving in the second.

“Umpire Chris Gaffaney did me a favour there,” he said. “When it hit me I thought it was quite close and was happy not to be given. Even when they reviewed I said to Jonny Bairstow ‘that’s close, probably hitting, hopefully umpire’s call’.

“So, yes, I got away with one there. I got a duck on my first-class debut so to do it on my Test debut, that would have been not ideal.

“This is a very hostile attack. They’ve certainly got a lot of pace. It was a tricky opening spell. It was like an early season first-class wicket in England. So it was challenging and to get through the first half-hour unscathed [was an achievement]. But then Alzarri Joseph bowled a rank long-hop… It was probably too wide to go at but, on that wicket, I felt I should latch on to any width. Unfortunately, I latched on with the toe-end of my bat.

“It was a wicket where there was probably one with your name on, but to get out leaving [in the second innings] was very frustrating. That’s the only disappointing thing looking back on my debut: a rank long-hop and then not playing a shot. That’s pretty frustrating. I’d done the hard work.”

Despite the disappointment, Denly said he enjoyed the experience hugely and has no regrets about missing out on some lucrative T20 cricket having spent much of the winter carrying drinks for England. He put his relatively relaxed temperament down to the experience of playing for England as a much younger man – he made his limited-overs debut in 2009 – and then coming to terms with the disappointment of it not working out.

“It was actually pretty relaxed,” he said. “There was a flurry of emotions telling the family, but the whole build-up I felt very relaxed. That comes from having a taste of it before, it not going to plan, going back to first-class cricket and through some rough patches, before coming out the other end. Sometimes you build things up to be something they are not. I was very aware of that going into the Test, so I felt very relaxed.

“This is absolutely the ultimate. I’d take this all day long. I think those T20 gigs in the last few years have played a part in me reaching this place now: they taught me about playing pressure situations against top players. But I’d give it all up to be here, that’s for sure.”