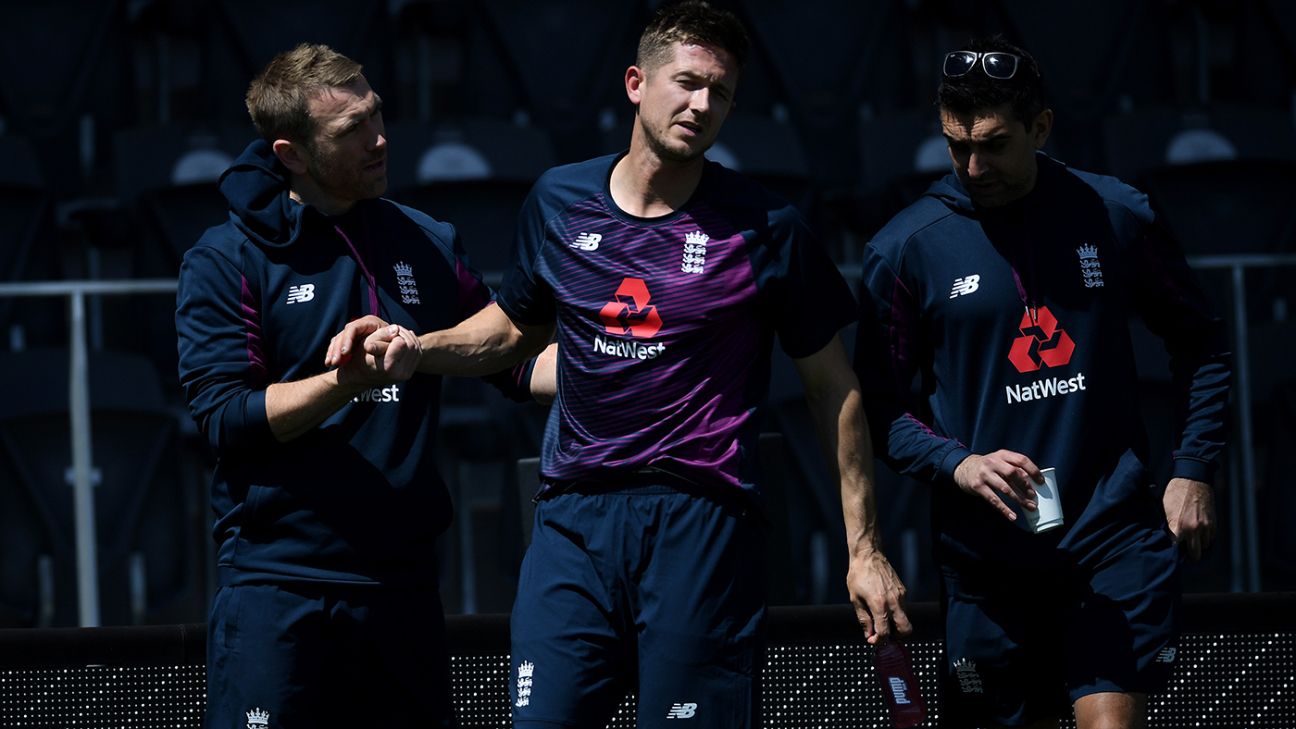 England batsman Joe Denly has been sidelined after damaging a ligament in his ankle during practice. The 33-year old picked up the injury on Thursday, prior to the first of the five T20Is against New Zealand, and will play no further part in the limited-overs series. The England management has not named a replacement for Denly, who is also part of the squad for the two Test matches that start on November 21 and round off the tour.

Denly arrived in New Zealand after helping England to a share of the Ashes series earlier this year, scoring 94 as a makeshift opening batsman. His continuing in that role will now depend on how he pulls up after rehabilitation, although England do have Dominic Sibley as back-up. The 24-year old Warwickshire batsman is a specialist at the top of the order and was the only one to score more than 1000 runs in the 2019 Championship season. He has been compared to Sir Alastair Cook for the manner in which he grinds out his runs.

“He’s been the standout batsman in the 2019 County Championship and has proven that he doesn’t just have the ability to score hundreds but dominating hundreds,” Warwickshire director of cricket, and former assistant coach of England, Paul Fabrace said of Sibley when awarding him a contract extension until 2022.

Outside of keeping his Test place, Denly might have also been hoping to break into England’s first XI in T20 cricket. With a view to building for the the World Cup next October, they saw the five-match series against New Zealand as a testing ground for new talent, coming to the country having rested “seven players” according to their captain Eoin Morgan. With the likes of Ben Stokes, Jos Buttler, Moeen Ali, Jason Roy given time off, Denly had the chance to impress the team management but with the injury ruling him out, he has to wait his turn.

England won the first match of the series on Friday with another batsman on the fringes, James Vince, scoring a stroke-filled half-century.