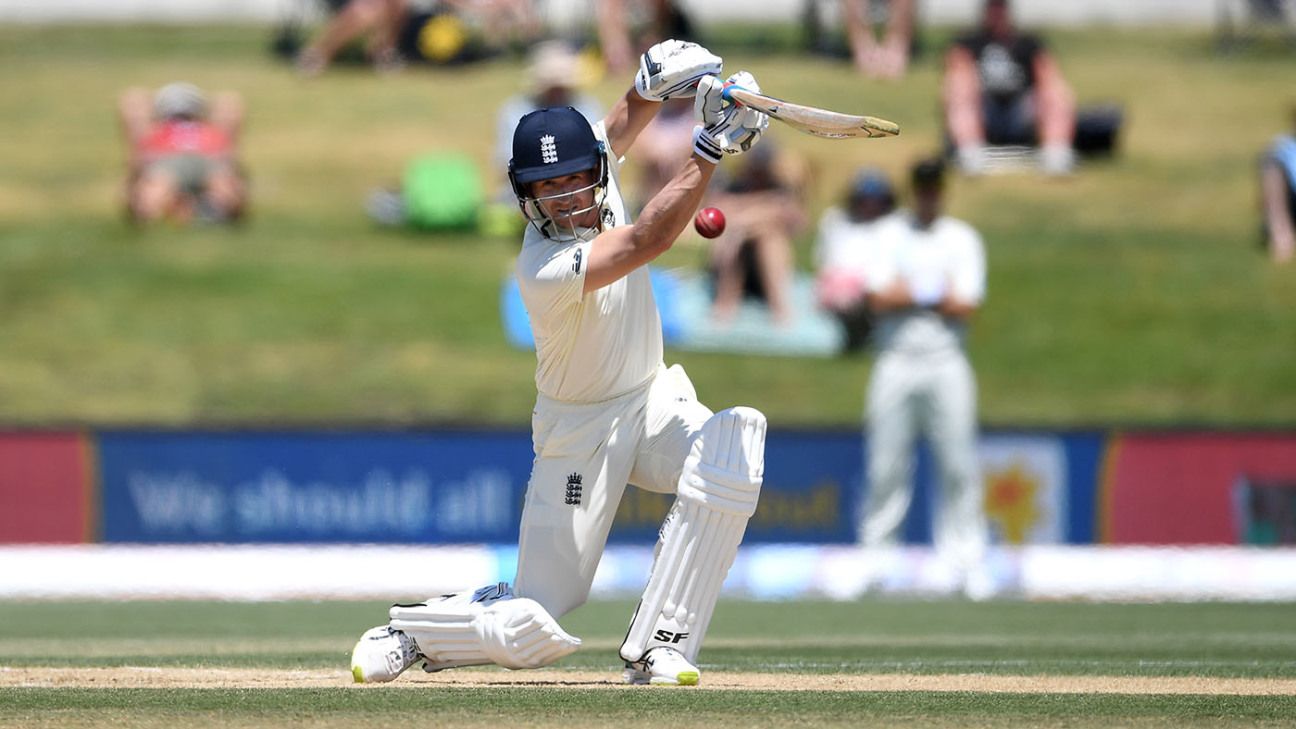 Joe Denly has become the latest member of the England squad to call for better batting pitches in the County Championship.

Denly, the Kent batsman, was one of the few England players to emerge with any credit after a poor display in the second innings of the first Test in Mount Maunganui. After making 74 in the first innings – his fourth half-century in six Test innings – he fought hard for three-and-a-half hours in the second before he was defeated by one that reared and took his glove.

But, having reflected on his first year as a Test batsman and compared it to his long career in the first-class game – 16 years and counting – he has come to the same conclusion reached by Jos Buttler earlier in the week: if England are to compete in overseas Tests, they will have to play domestic cricket that closer replicates the conditions seen in those Tests.

“Having played quite a lot of first-class cricket, certainly the last few years it has been very tough as a top-order batter,” Denly said. “Going back to when I first started my career, the benchmark for runs in a season would be 1,200-plus. Some players were scoring 1,500 or 1,600.

“You don’t see that any more. I think 1,000 runs is a pretty good season. That’s the kind of standard that batters across the country are setting themselves.

“That, I think, is down to the pitches we play on. It’s hard work, very rarely do you come across flat surfaces where you can almost book yourself in for 100, 200 runs. You work hard for every single run. Hopefully, we can start produce batter-friendly wickets. A bit in it for both bowler and batter.”

While it has to be pointed out that the county schedule has been cut in recent times – each county plays 14 rather than 16 Championship matches a season – few would deny that Denly has a point. The combination of the Dukes ball, which tends to seam and swing for longer than other brands, and surfaces providing seam bowlers assistance has created an entertaining County Championship but also one that offers little comparison to conditions found in Mount Maunganui in recent days. And with England’s bowlers lacking experience in bowling in such conditions and their batsmen lacking experience in batting in them, England slipped to their fourth innings defeat in 14 away Tests under Joe Root’s leadership. Only one man in Division One of the Championship – Dom Sibley – made 1,000 runs in the 2019 season.

“Making big scores becomes a habit,” Denly continued. “It’s all very well saying we need to go on and get these big scores [for England]. But if it is not something you’re used to doing [with your county], then it’s not quite as easy as that. Hopefully, we can help these young batters by producing some better wickets for them to go on and get those big scores.”

Although many will agree with Denly, improving county surfaces will not be easy. With limited-overs cricket occupying a window in the prime weeks of summer, the Championship programme has, in recent years, been pushed ever more towards early and late season when groundsmen have little chance of preparing flat batting tracks. Equally, groundstaff are hampered by the amount of tracks they are required to prepare, regulations removing the use of the heavy roller and pressure from coaches who demand result wickets. In the longer term, there is talk of playing the Championship at the same time as The Hundred, which might allow for better surfaces, albeit away from Test grounds, which will be required for The Hundred, and without many of the country’s best players.

Meanwhile, Denly confirmed that he was fit – and keen – to bowl in the first Test. Although he suffered an ankle injury that kept him out of the T20I series, he had recovered in time to play a full part in the first Test. He has taken 66 first-class wickets with his part-time leg-spin.

“I might have to reiterate to Rooty that I am able to bowl,” he said. “I would have liked to have a bowl in this game. He did tell me to warm up just before Mitchell Santner got out. And then he got out so I didn’t get that chance. I will be able to bowl in Hamilton.”