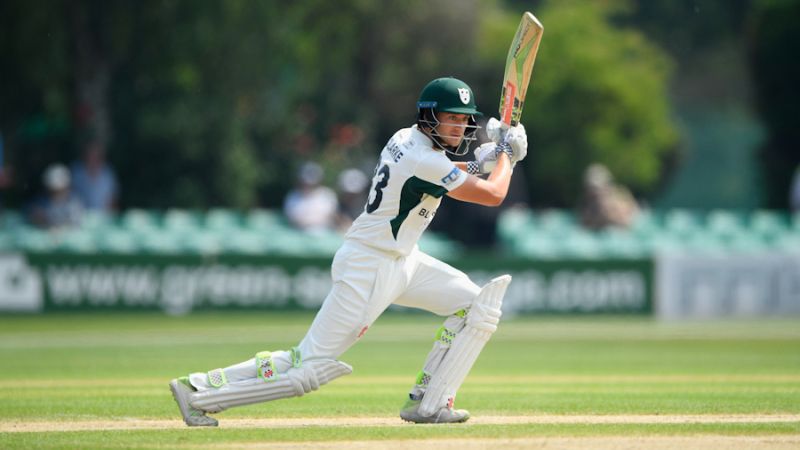 Joe Clarke and Tom Kohler-Cadmore have been cleared to continue playing for Nottinghamshire and Yorkshire respectively, after both players were sanctioned for their roles in the infamous WhatsApp messaging group that came to light during the trial of their jailed former Worcestershire team-mate Alex Hepburn.

The players appeared before the independent Cricket Discipline Commission to answer charges that they brought cricket into disrepute by being part of the group, in which the members discussed sexual conquests.

Hepburn was found guilty of rape in April and jailed for five years.

Both players were served with a four-match ban, which they were deemed already to have served following their exclusions from the England Lions squad in January, and fined £2,000.

Neither Clarke nor Kohler-Cadmore has been charged with any criminal offence and there was no suggestion of any criminal wrongdoing by the pair.

Both players also received an official reprimand, and will be required to attend a suitable course of educational training, under the supervision of the Professional Cricketers’ Association (PCA) and ECB.

“”The Panel took into account the fact that both players cooperated with the ECB from the outset, as well as the evident remorse they have both shown,” said an ECB statement.

Both players accepted their sanctions and later issued statements through the PCA.

“With the CDC proceedings completed I would like to apologise to everyone concerned for my involvement in the WhatsApp group,” said Clarke.

“I acknowledge that what I did fell well below the standards expected of a professional sportsman. I am relieved I can now put this chapter behind me. I am extremely grateful for the guidance and support I have received from the PCA, Phoenix Management and Nottinghamshire CCC during this difficult time.

“I have learned a great deal over the past two years and I am thankful that I can now move forward and focus wholly on the rest of the season. I hope I can end the year on a positive note with Notts.”

Kohler-Cadmore added: “I deeply regret my involvement in the WhatsApp group in 2017 that led to me being charged by the ECB. I fully accept the subsequent punishment and I now want to move forward with the rest of my career and life in a positive manner.

“It has been a difficult period and I appreciate the support I have received from Yorkshire County Cricket Club and especially the PCA who I will be working with to deliver social media education workshops.”