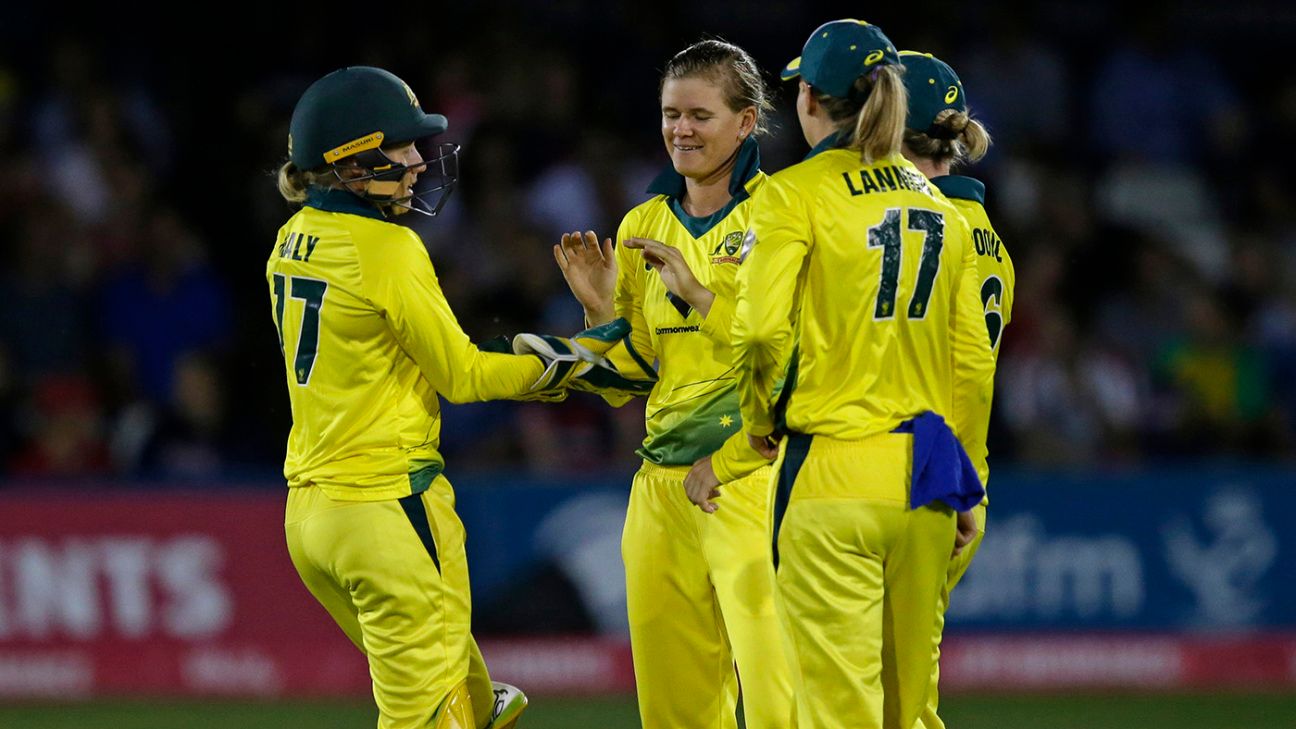 Australia left-arm spinner Jess Jonassen is back at the top of the ICC women’s bowling rankings, replacing her team-mate Megan Schutt, while opener Alyssa Healy has moved one place up to achieve her career-best ranking of No. 3 among batsmen. These changes in the rankings come following Australia’s stellar performances against Sri Lanka in the recently-concluded three-match ODI series.

Australia’s dominance in ODIs continued with them having won a record 18 consecutive matches as well as 17 of their 18 games in the ICC women’s championship, where they are 10 points ahead of the second-placed England.

Both Jonassen and Healy played an important role in Australia’s whitewash of Sri Lanka in Brisbane. Jonassen picked up six wickets in the series, including a four-wicket haul in the second ODI, which had helped achieve her career-best rating of 758 points. Healy, who scored 189 runs in the series, including an unbeaten 112 in the third ODI also reached a career-best tally of 738 points, having reached the top three for the first time. Rachael Haynes, who scored her maiden ODI century in the series, jumped seven places up to 21st.

Sri Lanka’s Chamari Atapattu moved two spots up to No. 12 after her 124-ball 103, which went in vain in the third ODI. Among other changes in the rankings following the series are top-order batsman Harshitha Madavi’s move into the top 50 for the first time after making 85 runs in the series, and Achini Kulasuriya’s leap by 24 places to occupy the 70th spot among bowlers.