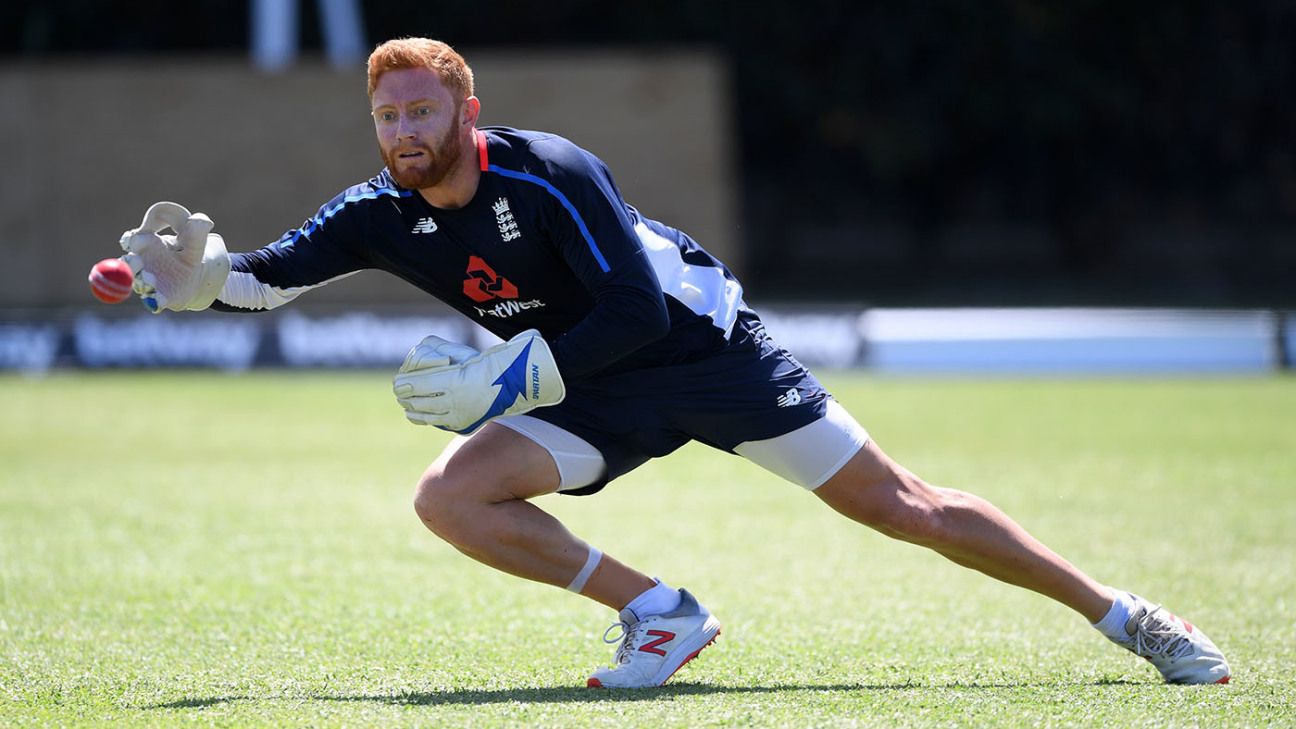 Had talk at the Darren Sammy ground in St Lucia been of miners’ strikes, war in the Falklands and the plotline of Neighbours, the sense could not have been clearer: England are back in the 1980s.

Here we are, after all, watching them try to avoid a whitewash at the hands of West Indies. Here we are watching them be blown away by fast bowling. Here we are, reminded of the days when England used 29 players in a series and scratching our heads over a selection that seems, at best, inconsistent and at worst utterly chaotic.

Then there’s the news that Jonny Bairstow, who has supposedly been learning the role of a Test No. 3, will drop back to No. 7 and reclaim the gloves. That’s the Jonny Bairstow who was dropped four Tests ago, scored a century at No. 3 three Tests ago and did not keep in the warm-up games.

That means that Ben Foakes, who was Man of the Series in Sri Lanka – that’s only three Tests ago – has been dropped only a few days after the head coach, Trevor Bayliss, said he had one of the best batting techniques in the side. He has scored as many Test centuries as Jos Buttler in 25 fewer Tests, after all.

It also means that Joe Denly will become England’s fifth No. 3 in six Tests this winter.

And Mark Wood, who wasn’t named in the original tour party, has replaced Sam Curran. That’s the Sam Curran who, just two Tests ago, was deemed good enough to open the bowling and keep Stuart Broad out of the side.

That’s chaos. And it is not an aberration, either. It sustains a tour in which England left out Broad on a pitch for which he would have been perfect, picked Denly as an opener – a role he had not fulfilled for years – failed to call-up a replacement for Chris Woakes, who has been unavailable for every Test due to a long-standing knee injury and preferred Adil Rashid to Jack Leach in a holding role for which he was completely unsuited.

“England will finish this series as the No. 5-ranked Test side. With all the resources and talent available, that is a poor return and it can only reflect negatively on the management”

Whereas, in Sri Lanka, England had plans, here in the Caribbean they seem clueless. Perhaps, because of Bayliss and Paul Farbrace’s copious experience in Sri Lanka, they understood the conditions and the playing style required. Here they have been caught by surprise, failed to adapt and seen the holes in the squad exposed.

For just as England’s football team struggled to combine Frank Lampard and Steven Gerrard in midfield, so the cricket team appear to be struggling to balance a side that has several players who would be best-placed at No. 6 (Stokes, Buttler, Bairstow and Moeen Ali) and more (Foakes, Curran and Woakes) who might be best at No. 7. Instead of dealing with this situation, instead of making some strong decisions, England have, at times, picked three keepers, asked Moeen to bat at every position from No. 1 to No. 9 and asked Buttler, Bairstow, Stokes and Moeen to bat too high in the order. As a result, their great strength – their middle-order depth – has been weakened.

The disappointing thing is that this side has been together for some time now. Seven of the first-choice XI for St Lucia played in the first Test after Peter Moores was sacked: the Lord’s Test against New Zealand in May 2015. And while a certain amount of naivety might have been accepted then, it is less excusable now. They should have made more progress than this.

Why has this England batting line-up failed to learn to adapt to conditions and context? Why is it they keep making the same mistakes? Why do they continue to play one-paced, fast-forward cricket when it is clear that brings limited results? Why haven’t they developed their undoubted talent into something more consistently successful?

They are going to finish this series as the No. 5-ranked Test side. With all the resources and talent available to them, that is a poor return. It can only reflect negatively on the management of the team and the system that provides the players.

Almost every strength has been weakened over that four-year period. Almost every challenge – such as making a succession plan for the days after Anderson and Broad – has been ducked. Maybe one or two players have improved, but pretty much none of them have reached their potential. This is a muddled selection and the reflection of a team going nowhere.