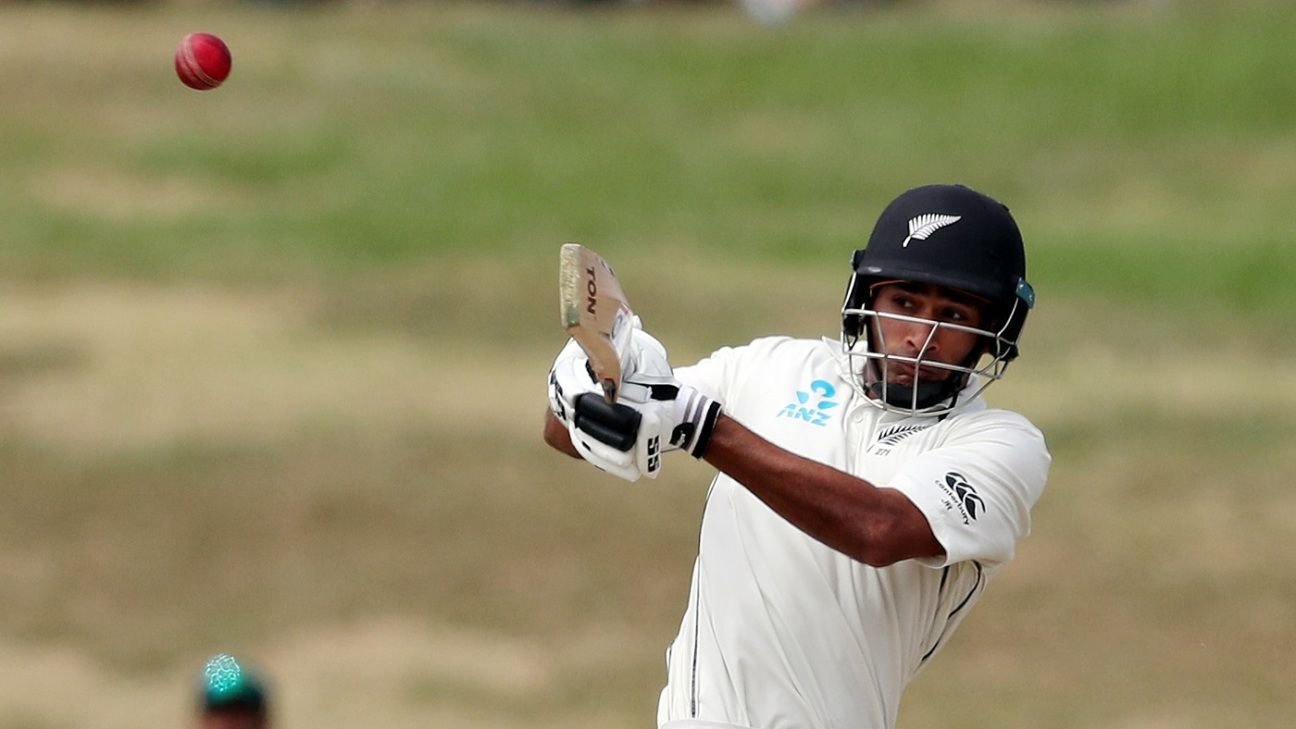 Jeet Raval‘s maiden Test century was another piece of the elaborate puzzle that has been falling in place for New Zealand, the No. 2 side in the longest format.

Since his debut in November 26, Raval has opened with Tom Latham in each innings of his 17 Tests, giving the side the much-needed stability at the top that many Test teams crave. Raval’s role of seeing off the shine of the new ball has certainly contributed to New Zealand’s six wins out of the last seven Test series, but till the second day of the Hamilton Test against Bangladesh, he didn’t have a three-figure score to show for his efforts.

He made 132 with 19 fours and a six, as he batted for just over five hours to put together a 254-run opening stand with Latham, New Zealand’s highest for the wicket since 1972. It was also their first double-hundred opening stand since 2003.

Latham has been the more settled of the two in this period, having made four centuries at an average of 50-plus. And that, Raval said after the second day’s play, has also helped him get a better understanding of how to go about it himself.

“He [Latham] did it against Sri Lanka, so for me it was a blueprint for how I wanted to go about my game,” Raval said. “I just tried to take a lesson from Tom’s game and apply that in my game, and it was very nice. We kept it as simple as possible and made sure we stick to our own individual plans and made sure that when the bowlers do get tired, then we capitalise on the opportunities and just build small partnerships and small targets for ourselves, and not look too far ahead.

“Ultimately it was nice to get that big partnership.”

Raval explained that part of his preparation was to make a big score in the lead-up to the Test series, while most of his colleagues were busy playing ODIs and T20Is.

“I was making sure of working on my discipline and the focus I wanted to build on especially getting starts and not being able to go on and get a big one for the team,” he said.

His focus was mostly on seeing how the Bangladesh bowlers tested him, Raval said, and he pounced on them whenever they flagged, which happened fairly often on the day.

“It was all about looking at what the bowler was trying to do and having the mind set on the game plan that I wanted to apply at that stage and just play to the situation,” he said. “I wasn’t really thinking about my hundred and eventually bowlers start to get tired towards the end of their spells and I was able to capitalise and the runs came.”