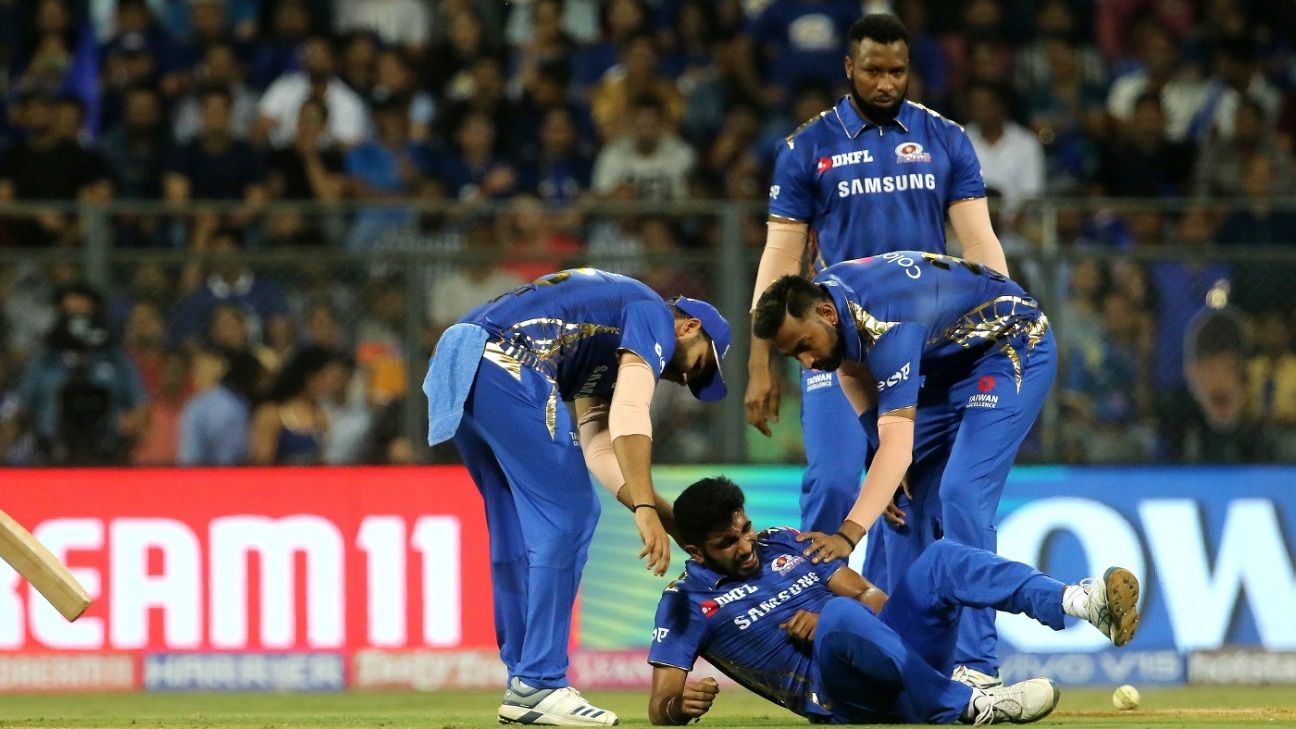 India and Mumbai Indians fast bowler Jasprit Bumrah has been cleared of serious injury after hurting his left shoulder in the IPL match against Delhi Capitals on Sunday. It is understood that it was an impact injury and Mumbai exercised precaution, so Bumrah did not bat in the failed chase against Delhi.

There is no clarity yet on whether Bumrah will travel with the Mumbai squad to Bengaluru on Tuesday, for their match against Royal Challengers Bangalore on March 28, but the franchise said his recovery was going smoothly.

“Bumrah is in Mumbai along with team physio Nitin Patel, continuing with the assessment,” a Mumbai spokesperson said. “His recovery is on track and fortunately no sign of stress.”

The incident occurred off the last ball of Delhi’s innings, when Rishabh Pant dug out a yorker from Bumrah, who attempted to intercept the ball with his left hand in his follow-through but could not pick it up cleanly. As the ball rolled away, Bumrah scrambled to stop it, but immediately pulled up, grimacing in pain and clutching his left shoulder. He didn’t come out to bat thereafter even as Mumbai’s innings ended on 176 in reply to Delhi’s 213 for 6 with four balls to spare.

With the World Cup starting on May 30, Bumrah’s fitness became an immediate talking point; he has developed into India’s first-choice strike bowler across formats, and is currently ranked No. 1 in the world in ODIs.