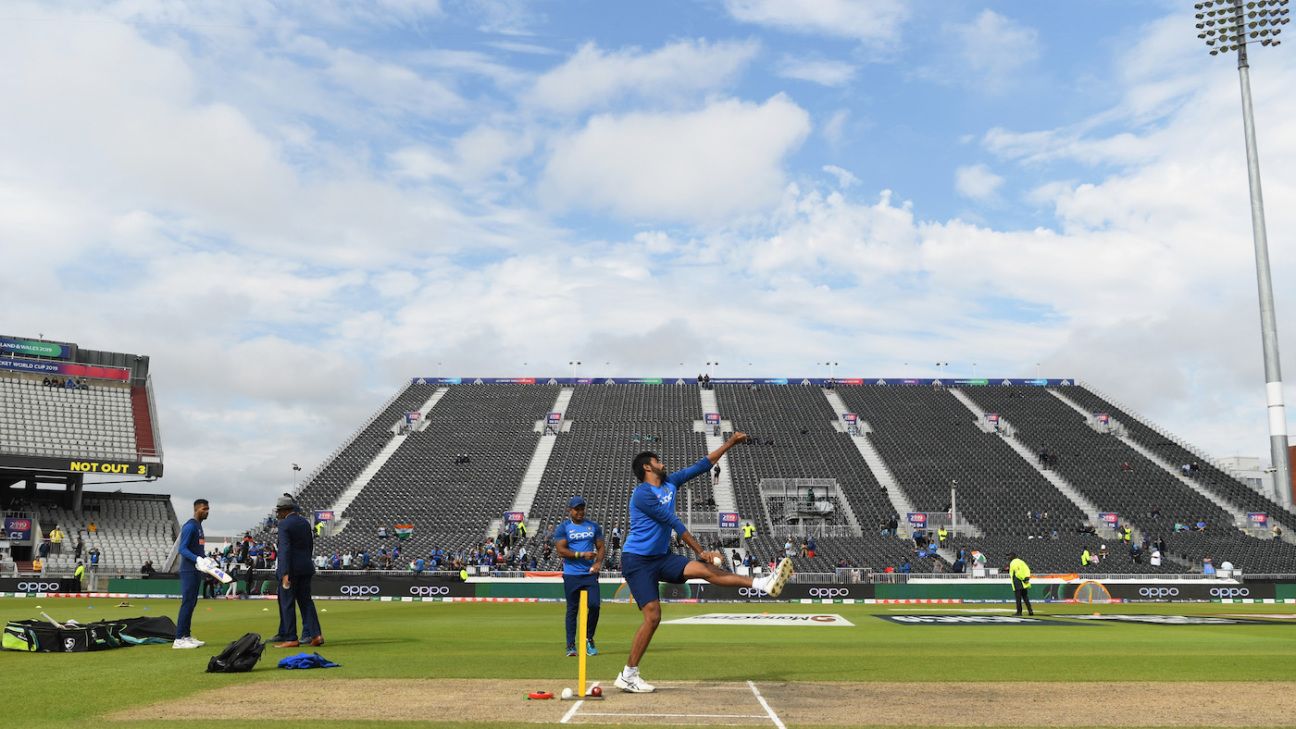 Jasprit Bumrah will travel to the UK in October to receive treatment for the stress fracture on his lower back that forced him out of the Test series against South Africa. A BCCI official confirmed the development to ESPNcricinfo but they didn’t put a timeframe on his recovery.

However, last week, former India physiotherapist Andrew Leipus explained that such injuries usually take around a month to heal. “If it is just a stress reaction, he could be fine in about four to six weeks with an active rehabilitation programme. But if it is further along the bone stress injury spectrum than this, then it could need three to six months. If the stress fracture is bilateral (a crack on both sides of the same vertebrae), then it might be more than year or longer.”

ALSO READ: Bumrah, the complete bowler, whatever the format

Bumrah’s condition came to light during a routine check-up in September and India’s team management was quick to pull out the cotton wool. They have taken a lot of care in managing his workloads, mindful of the fact that he is one of the team’s biggest weapons. The series against South Africa would have been his first at home after impressive performances in South Africa, England, Australia and West Indies. He has five-wicket hauls in each of those countries and bagged a hat-trick in the Caribbean as India wrapped up a 2-0 series win earlier this month.