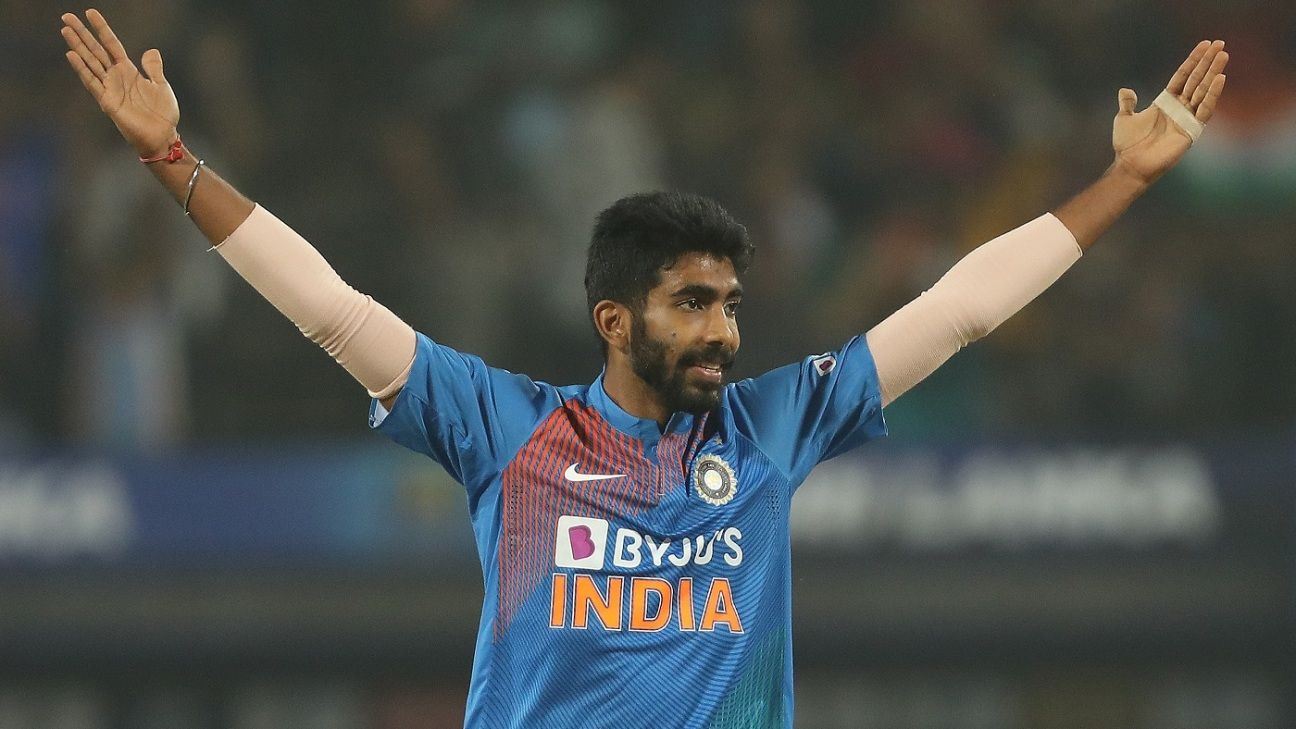 Jasprit Bumrah‘s trophy cabinet is set to include the BCCI’s Polly Umrigar award, recognising him as the best male cricketer for India in 2018-19. The 26-year-old fast bowler will be felicitated on Sunday in Mumbai alongside Poonam Yadav, who will go home with the title best women’s player of the past season.

Although he was already a first-choice pick in limited-overs cricket, Bumrah made his Test debut for India in January 2018 and has proven himself to be an all-format wicket-taking force. He became the first man from Asia to pick up five-wicket hauls in Australia, England, South Africa and the West Indies, and even added a hat-trick to his resume. Since his debut in the Cape Town Test two years ago, Bumrah has picked up 62 wickets in 12 Tests. Only three players have a better bowling average than his 19.24 in this period (under the condition of at least 20 wickets taken). His consistency was crucial to India winning their first ever series in Australia in early 2019, and for all that the BCCI will present him with a trophy, a citation and a cash prize of INR 15 lakh.

Poonam, meanwhile, is the world’s top ODI wicket-taker (39) for the last two years. Her slow, teasing legspin helps the team dictate terms through the middle overs in T20I cricket as well, where she’s performed even better – 51 wickets at an average of 16.27. Recognition as India’s best female cricketer by the BCCI comes on the heels of the 28-year-old winning the Arjuna award last year.

Both the senior men’s and women’s teams are expected to be at the BCCI function. “It will be a special evening in Mumbai as we will also have the 7th MAK Pataudi lecture and I am delighted to inform that it will be Virender Sehwag who will address the gathering.” the board president Sourav Ganguly said.

Lifetime achievement awards will also be given to the World-Cup-winning former India opener Kris Srikkanth and Anjum Chopra, the first Indian woman to play 100 ODIs.

“We wanted to make Naman [the BCCI awards] bigger and better and have introduced four new categories – highest run-getter and wicket-takers in WODIs and best international debut men and women – from this year. A total of 25 awards will be presented,” board secretary Jay Shah said.